Spanning 30 years, TV show cooks up a feeling of nostalgia

Centering on the owners of a Hong Kong tea restaurant and their offspring, Stories of Lion Rock Spirit depicts the real-life struggles of ordinary people against the backdrop of historic events and societal change, Xu Fan reports.

As a versatile star, Huang Jue has been tagged with a string of identities, varying from being art house flick regular to veteran dancer and self-made photographer. But cooking－easily reminiscent of thick smells of grease and smokey odors in a typical Chinese kitchen－seems the least interesting practice that could hook a Renaissance man like him.

I want to replicate the tasty dishes that I learned about from the TV series in my own kitchen.

However, Huang, known for a bunch of acclaimed films and series, the likes of director Bi Gan's Long Day's Journey Into Night, has currently followed a routine that would surprise most of his fans.

"After getting up every morning, I will cook a simple breakfast for my children, and then I will ride my motorbike to a food market a few kilometers away. Most of the time, I purchase goose or chicken for dinner," Huang says.

Depicting cooking as one of his latest hobbies, Huang recalls that he was once a person who felt uncomfortable touching raw meat, let alone putting on an apron to cook a meal.

It is Stories of Lion Rock Spirit, a 27-episode TV series reflecting Hong Kong people's striving spirit through a plotline related to local iconic foods, that has changed Huang's attitude to working in the kitchen. "I want to replicate the tasty dishes that I learned about from the TV series in my own kitchen," says Huang.

With this year marking the 25th anniversary of Hong Kong's return to China, the TV series, which gathers a strong cast of veteran and young actors from the mainland and the Hong Kong Special Administrative Region, has been running on CCTV-1 and the streaming site Tencent Video since June 12, and has also been broadcast on Channel 77 of Hong Kong Open TV since Monday.

Spanning more than 30 years, the tale, written by veteran scriptwriter Ella Chan Bo-wah, chronicles the ups and downs of a Hong Kong-style cafe, or tea restaurant, following the lives of the owners of the restaurant and their offspring, which intersect with momentous occasions, ranging from the signing of the Sino-British joint declaration in 1984 and the Asian financial crisis in 1997, to Beijing's successful bid for the 2008 Summer Olympics in 2001.

Societal changes of recent years, such as enhancing cooperation between Hong Kong and the mainland, as well as the construction of Guangdong-Hong Kong-Macao Greater Bay Area, are also featured as backdrops to the series.

Huang stars as one of the restaurant's co-founders－with the other two played by Hong Kong actors Patrick Tam Yiuman and Tse Kwan-ho－a veteran chef who excels in cooking shaola, a traditional Cantonese cuisine that has a complex recipe, from marinating the meat, which is mainly goose or pork, to specially tailored sauces, all of which is then grilled or roasted.

One of the key steps to make a delicious roasted goose depends on whether or not the cook can successfully separate the skin completely from the meat by pumping air into a small cut on the goose's neck. A veteran cook also needs to get rid of extra fat, thus ensuring a crispy and juicy taste. 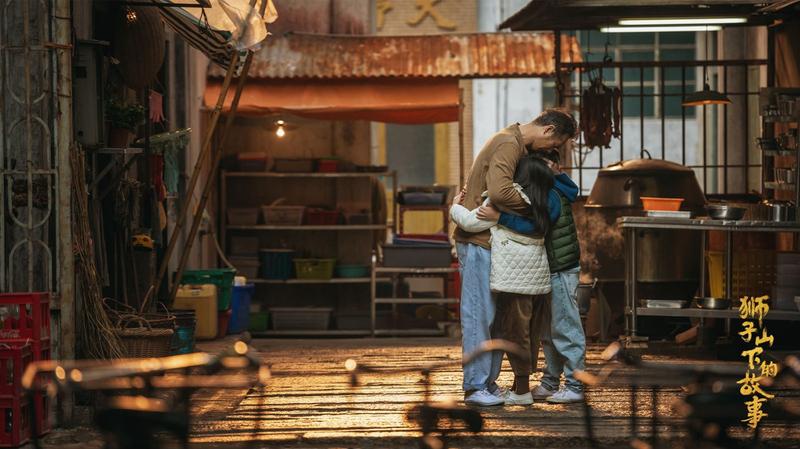 In order to master these culinary practices, Huang traveled to South China's Guangdong province several weeks before the start of the shooting, spending most of his time learning cooking skills from a local veteran. For him, the biggest challenge was to conquer his psychological uneasiness, training his hands to adeptly handle the raw meat and innards.

A native of Nanning, Guangxi Zhuang autonomous region, where locals also speak Cantonese as a major dialect, Huang says he was invited by director Ng Gam-yuen, who had cooperated with him in the past, partly because of his innate linguistic advantage.

"I haven't spoken my hometown's dialect for many years, making me feel a bit stressed when working with a group of veteran Hong Kong actors," recalls Huang.

About to turn 48 years old in August, Huang, who started his career as a dancer for a performance troupe in Guangxi, went to Beijing to pursue his artistic dream in 1993. With his acting debut Baobei in Love, a 2004 romantic thriller also starring A-list actress Zhou Xun, Huang shot to fame and has accumulated greater popularity with blockbusters, such as Letter From an Unknown Woman (2005) and Falling Flowers (2011).

Now a veteran, with an acting career spanning nearly two decades, Huang says Stories of Lion Rock Spirit reminds him of his teenage years, which he spent mostly immersed in Hong Kong movies and TV series in the local video rental shops.

"I still clearly remember that my first cassette recorder was bought by my father in Guangdong during a business trip," recalls Huang. His father's gift also included several audio cassettes of Cantopop singers Samuel Hui Koon-kit and Alan Tam Wing-lun, which was an eyeopener for the young man, leading Huang into the world of pop. 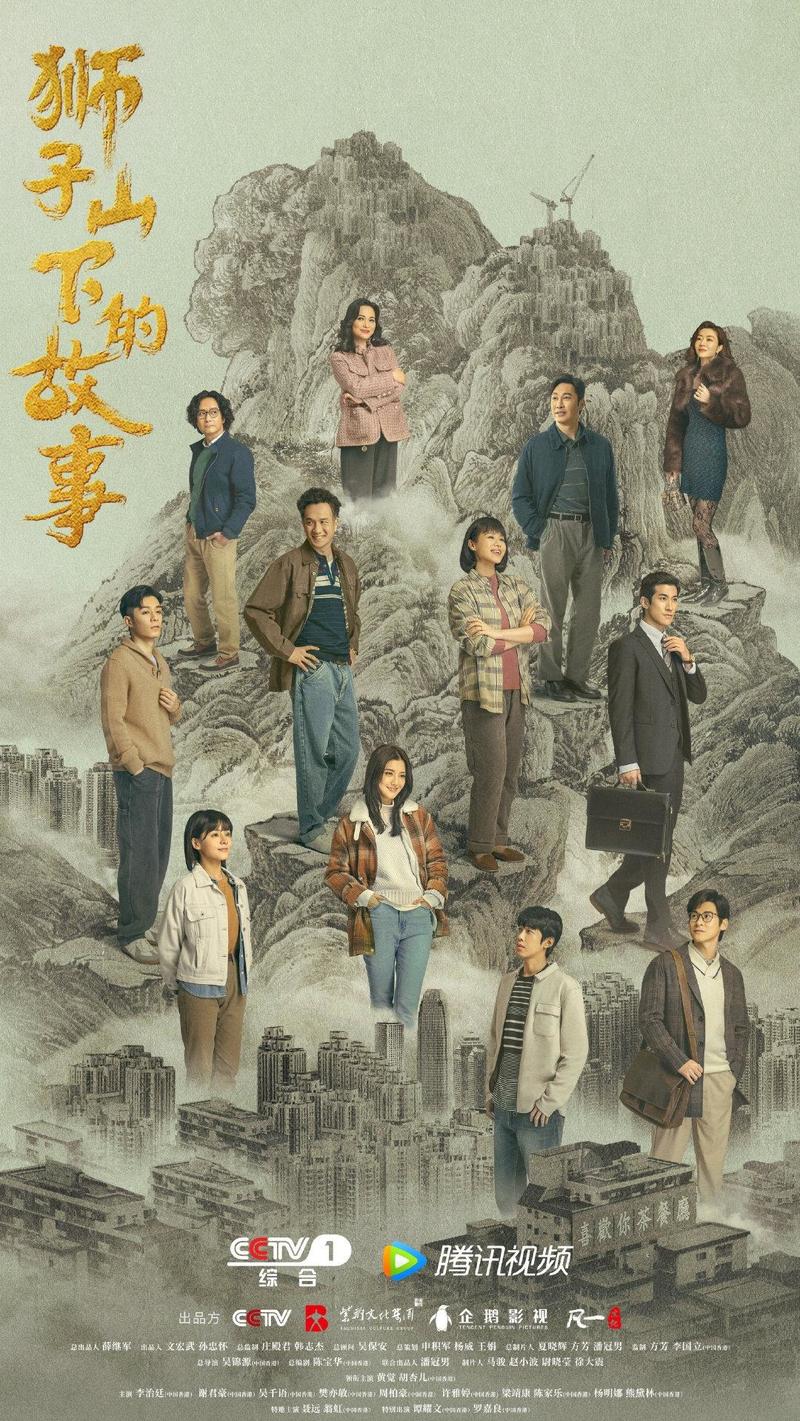 A poster for the TV series. C(PHOTO PROVIDED TO CHINA DAILY)

More than 30 years later, the experience of working on Stories of Lion Rock Spirit was like a journey through time, giving the actor a deep sense of nostalgia, making him feel like he was "walking onto the set" of an old Hong Kong TV series.

Currently garnering a lot of acclaim online, the TV series has also grabbed the attention of critics and industry insiders.

Yin Hong, deputy chairman of China Literature and Art Critics Association, says the tale has inherited the traditional narrative techniques of Hong Kong TV series, revisiting how Hong Kong has undergone huge transformations at a special historic period from a down-to-earth perspective and through the changing lives of nearly 20 ordinary people.

Through the characters' striving and struggling, he says, domestic audiences can see core values like honesty, diligence and mutual assistance inherited from one generation to the next, thus making them more familiar with the unique charm of Hong Kong.

Noting that most domestic audiences have got used to watching Hong Kong films and TV series taking place in the high-rise buildings of Victoria Harbor or the bars on Mong Kok's narrow streets, Yin adds that the new TV series creatively chose a tea restaurant as its setting. Such places originated in Hong Kong to sell Chinese and Western foods at affordable prices, symbolizing Hong Kong's distinctive culture that merges the West and the East.