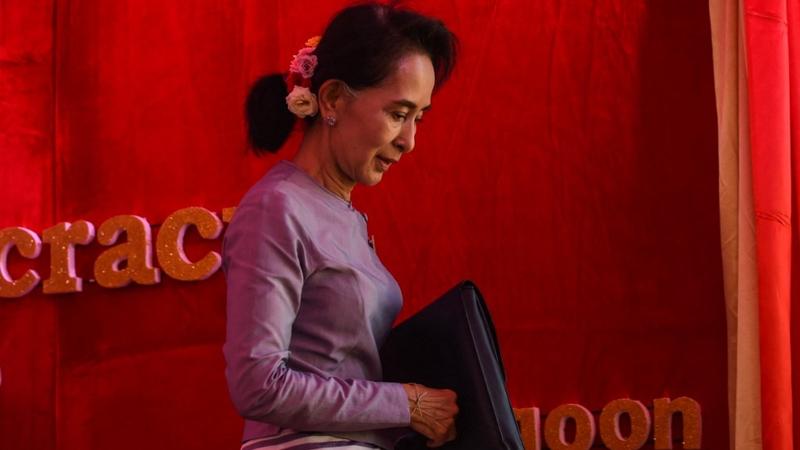 In this file photo taken on Nov 5, 2015, opposition leader and head of the National League for Democracy (NLD) Aung San Suu Kyi leaves the stage after addressing a press conference from her residential compound in Yangon. (ROMEO GACAD / AFP)

Before Suu Kyi was transferred to the prison in accordance with criminal laws, SAC Chairman Senior General Min Aung Hlaing sent a representative to talk with her, the spokesman told Xinhua.

On Feb 1 last year, Suu Kyi and some senior NLD officials were detained by the military. A Myanmar court has sentenced her to 11 years in prison so far for several offenses including corruption.