Summit of the Americas receives a failing grade

Migration accord signed despite absence of migrant source countries 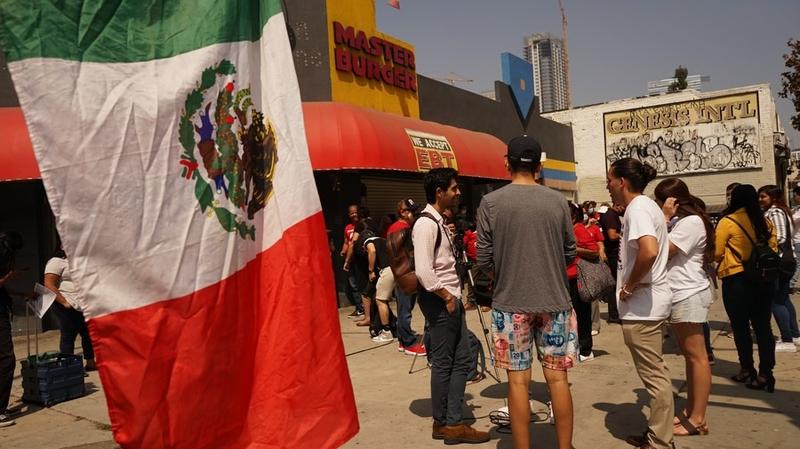 Protestors attend a rally near the Los Angeles Convention Center where the ninth Summit of the Americas is held in Los Angeles, the United States, June 8, 2022. (PHOTO / XINHUA)

The US-hosted Summit of the Americas in Los Angeles, roiled by division and a partial boycott at its start, was haunted by the specter throughout the weeklong sessions, which observers said were disappointing and lacked substance.

The regional gathering was attended by leaders of 23 Western Hemisphere countries, and concluded on Friday with the unveiling of the "Los Angeles Declaration", an accord intended to spread responsibility for confronting the migration problem across the region.

At this most critical juncture, when the future of our hemisphere is at stake, we stand divided.

While US President Joe Biden's aides touted the migration pact as the centerpiece of the summit, the absence of leaders from countries that are the largest sources of migrants, including Mexico, Guatemala, Honduras and El Salvador, made a dent in the significance of the joint declaration.

On Friday, Joseph Villela, state policy director of the Sunita Jain Anti-Trafficking Policy Initiative at Loyola Law School in Los Angeles, tweeted, "My critique of the Summit of the Americas is that it failed to bring everyone (to the) table, including impacted communities & failed to provide bold solutions to address#Human Trafficking &#Migration".

At the summit, Washington pledged $314 million in humanitarian assistance for refugees and vulnerable migrants, and is committed to resettling 20,000 refugees from the Americas in the next two years.

Bloomberg News was quick to put that figure in perspective, reporting on Friday that the US Border Patrol had more than 200,000 encounters with migrants on the southern border in April alone.

"Clearly, the summit has been a disappointment at a time when Latin America really needs some effective US leadership and economic investment," said Robin Lauren Derby, a professor of history and director of the Caribbean program at the International Institute of the University of California in Los Angeles.

"Inflation is soaring, and tourism has been in the doldrums these past years due to COVID, and, while I appreciate Biden's gesturing toward the language of partnership, the proposal does seem vague," she told China Daily.

Derby said it is "ironic" that Biden excluded Cuba, Nicaragua and Venezuela for what he sees as their democratic failures, yet the Jan 6 Committee (a select committee of the US House of Representatives to investigate the attack on the US Capitol on Jan 6, 2021) "has put our own democratic fragility on full display," which Latin American nations cannot help but notice.

That four Latin American leaders skipped the summit, which was meant to show unity and demonstrate cooperation, further undermined the gathering.

Johnny Briceno, prime minister of Belize, said during the summit that it was "inexcusable" that the US had blocked Cuba and Venezuela from attending, a decision that sparked the boycott by the four countries, according to a New York Times report.

"At this most critical juncture, when the future of our hemisphere is at stake, we stand divided," he said, "and that is why the Summit of the Americas should have been inclusive".

Some media seemed more focused on who failed to show up than who did, and both the Times and Wall Street Journal reported how Washington had wooed Mexican and Central American leaders to attend to avoid the embarrassment of a boycott by key leaders.

The Times reported that US officials spent weeks negotiating with the Mexican government, trying to find a way to "entice" President Andres Manuel Lopez Obrador to the gathering.

It also reported that Salvadoran President Nayib Bukele would not even get on the phone with US Secretary of State Antony Blinken, according to four people familiar with the US outreach who were not authorized to speak publicly.

The Central American presidents declined to attend despite "direct pleas" from the Biden administration, underscoring the US' lack of clout in the region, The Wall Street Journal reported on Thursday.

Michael Shifter, a senior fellow at the Inter-American Dialogue, a US think tank, and an adjunct professor at Georgetown University, noted that Washington's reputation across the hemisphere has been declining for more than two decades.

In a pre-summit article published in Foreign Affairs, Shifter discussed "how Washington can reset relations with a region that needs it less" in what he called a "post-American Latin America".

He proposed that the United States join Latin American leaders to learn and apply the lessons of the collective failure of the hemisphere's response to the pandemic and commit resources to conduct hemisphere-wide cooperation on climate change.