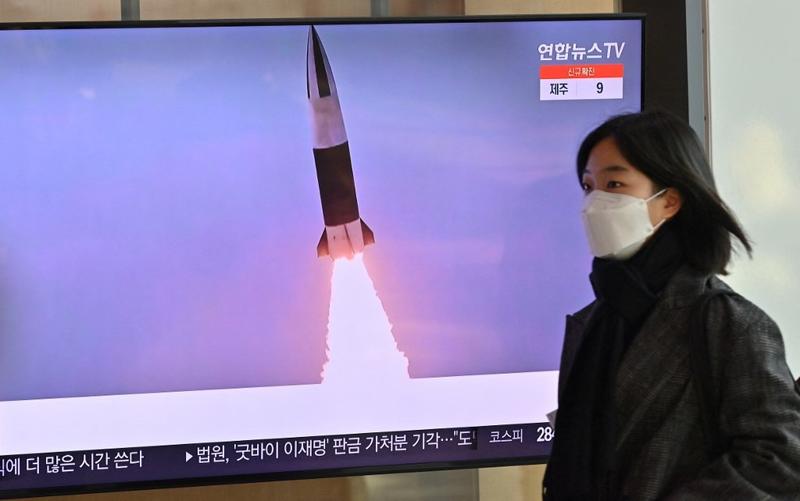 In this file photo taken on Jan 20, 2022, a woman walks past a television screen showing a news broadcast with file footage of a DPRK missile test, at a railway station in Seoul. (JUNG YEON-JE / AFP)

The projectiles were presumed to have been fired from multiple rocket launchers. The ROK military detected the multiple trajectories from 8:07 am to 11:03 am local time, the JCS said in a statement.

The JCS gave no other details but added it had decided to issue a statement late in the evening as the shots were of a traditional type, with relatively short range and low altitude.

It noted that the ROK military has strengthened surveillance and vigilance while maintaining a full readiness posture in close cooperation with the United States.

The DPRK has conducted projectile launches four times since the new government of ROK was inaugurated on May 10.

The firing of the projectiles comes as DPRK top leader Kim Jong-un on Saturday presented goals to boost the country's military power and defense research to protect DPRK's sovereign rights, as it concluded The Plenary Meeting of the Central Committee of the Workers' Party of Korea (WPF) held last week.