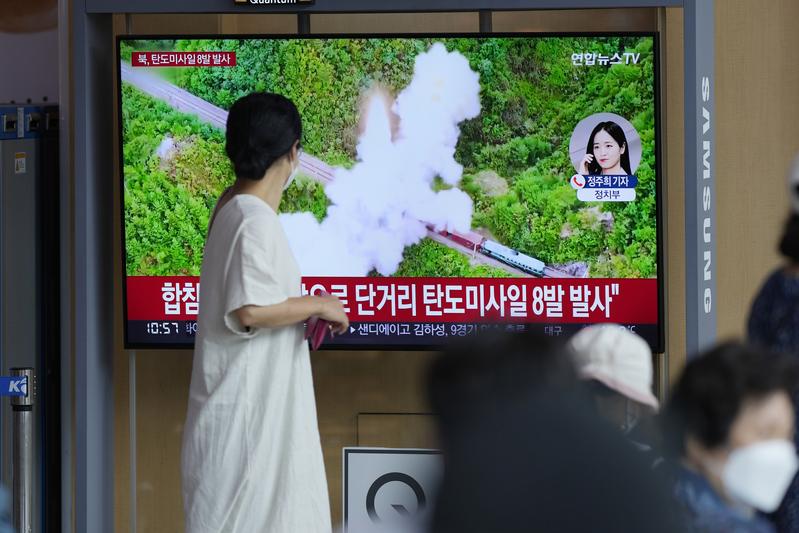 The intelligence authorities of ROK and the United States are conducting a detailed analysis on the missiles, according to the JCS.

The JCS said the recent series of ballistic missile launches by the DPRK were a serious provocation, which damaged peace and stability on the Korean Peninsula and in the international community, urging Pyongyang to immediately stop it.

It noted that the ROK military has tightened surveillance and alert status against further possible launches while maintaining a full readiness posture in cooperation with the United States.

The DPRK carried out projectile launches 18 times this year. It marked the third since ROK President Yoon Suk-yeol took office on May 10.

The missile launches came a day after ROK and the United States wrapped up their joint maritime exercises near the Korean Peninsula mobilizing a US aircraft carrier.

The maritime drills were conducted from Thursday to Saturday in international waters off Japan's Okinawa, involving the USS Ronald Reagan, a nuclear-powered US aircraft carrier, as well as battleships of the two countries, according to Yonhap news agency.

The DPRK has denounced the joint military drills as a dress rehearsal for northward invasion.

The DPRK test-fired a suspected intercontinental ballistic missile (ICBM) and two other short-range ballistic missiles on May 25, a day after US President Joe Biden wrapped up his Asian tour to ROK and Japan.

The meeting participants condemned the DPRK's missile launches, which violate the UN Security Council resolutions and escalate tensions on the peninsula, urging the DPRK to come to the path of dialogue and cooperation.

President Yoon was briefed on the result of the meeting, instructing officials to strengthen the extended deterrence and combined defense posture between ROK and the United States, including the ROK-US missile defense exercises.