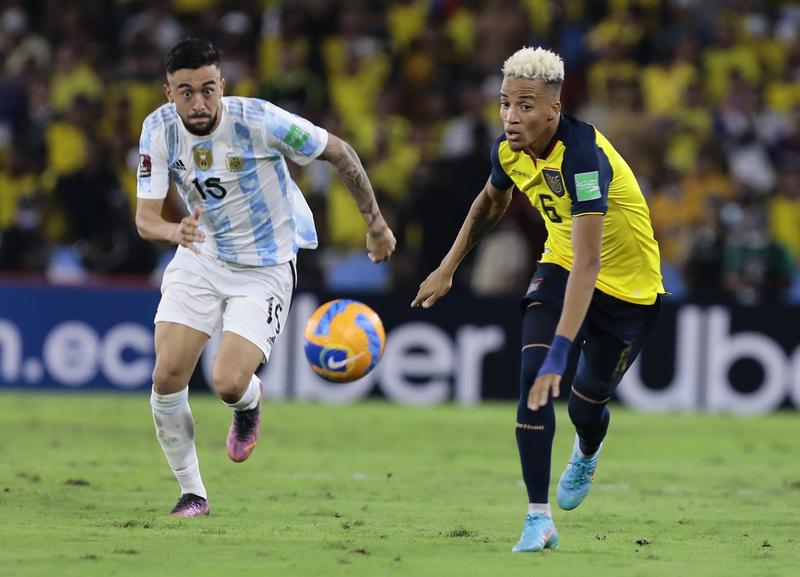 Ecuador will play at the 2022 World Cup after FIFA dismissed Chile's claims that they had fielded an ineligible player in the qualifiers, world soccer's governing body said on Friday.

The Chilean Football Federation (ANFP) last month said it had proof that Ecuador's Byron Castillo was born in Tumaco, Colombia in 1995, and not in the Ecuadorean city of General Villamil Playas in 1998 as stated on his official documents.

The Chilean Football Federation claimed the Barcelona of Guayaquil full back, who played in eight of Ecuador's 18 qualifying games for Qatar, used a false passport and birth certificate

It claimed the Barcelona of Guayaquil full back, who played in eight of Ecuador's 18 qualifying games for Qatar, used a false passport and birth certificate.

"After analyzing the submissions of all parties concerned and considering all elements brought before it, the FIFA Disciplinary Committee has decided to close the proceedings initiated against the FEF (Ecuadorean Football Association)," it said in a statement.

"The present decision remains subject to an appeal before the FIFA Appeal Committee."

Ecuador picked up 14 of their 26 points in matches Castillo played. If they had lost points for the games in which Castillo appeared, they would have missed out on a place in Qatar.

Ecuador are one of four South American teams who have already qualified for the World Cup finals later this year, along with Brazil, Argentina and Uruguay. Fifth-placed Peru face a playoff next week.

"Today sporting justice has been done," FEF president Francisco Egas wrote on Twitter. "We always knew we were on the right side, let's go Ecuador!"

Egas also attached the letter from FIFA which said the Disciplinary Committee had dismissed the charges and closed the disciplinary procedure initiated against the FEF.

However, the Chilean FA's lawyer Eduardo Carlezzo had said that if Chile were given the points from the two games against Ecuador in which Castillo played they would have gone to the World Cup in their place.

"We celebrate it more because we felt humiliated, we felt trampled by the great media campaign from the Chilean federation," Egas said later at a news conference.

ANFP president Pablo Milad said they would appeal and even take the case to the Court of Arbitration for Sport if required.

"We are losing 1-0, but there is still the second half," Milad said at a news conference with Carlezzo.

"The FIFA ruling surprisingly did not favor us despite strong evidence. We will wait for the arguments and we will appeal to FIFA. If it does not favor us, we will go to CAS."

Ecuador are in Group A alongside hosts Qatar, Senegal and the Netherlands. The World Cup kicks off on Nov 21.