Real have more experience but no favorite in final, says Modric 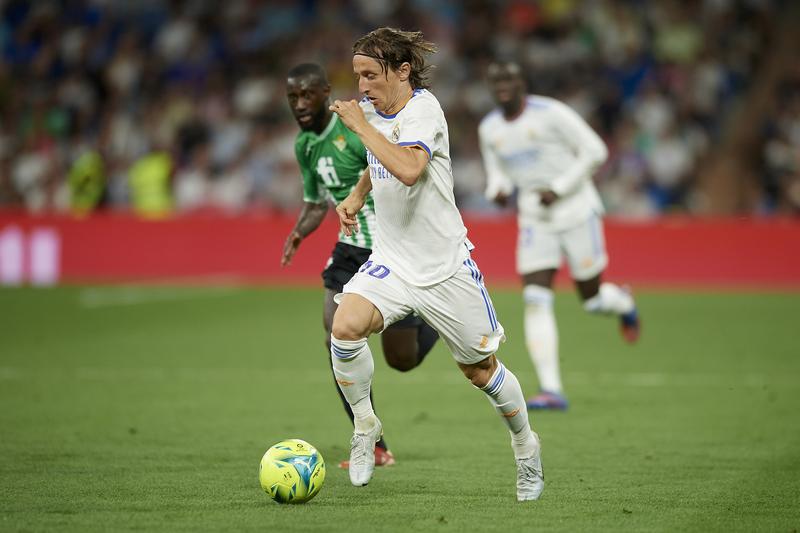 Real Madrid's Luka Modric runs with the ball during a Spanish La Liga soccer match between Real Madrid and Betis at the Santiago Bernabeu stadium in Madrid, Spain, May 20, 2022. (JOSE BRETON / AP)

Real Madrid are confident going into the Champions League final against Liverpool and will count on their big-game experience but there is no firm favorite in Paris, according to midfielder Luka Modric.

Real are playing in their fifth Champions League final since 2014. Having won their last seven since 1998, the Spanish side are chasing a record-extending 14th crown in a rematch of the 2018 final in which they defeated Liverpool 3-1 in Kyiv.

We have certain experience in this competition. Some of the players have played four times in the final of the Champions League. Now we are lucky to be in the fifth one. We need to try to be normal like all season.

"We have certain experience in this competition. Some of the players have played four times in the final of the Champions League. Now we are lucky to be in the fifth one. We need to try to be normal like all season," Modric told BT Sport.

Real won three consecutive finals between 2016-2018 under Zinedine Zidane. Modric said coach Carlo Ancelotti, who helped the Spanish side win their 10th Champions League title in 2014, had not changed a lot to get them back to the final.

"He is the same, what we like about him is his personality, his humility, how he speaks with the players, how he approaches us," Modric said.

"When you have a person like him around you, you give more on the pitch. You give more for him. That's why Carlo is a special coach, one of the best in the world of football still.

"The human side of him is the best, it's what we like the most and is the best for this team." 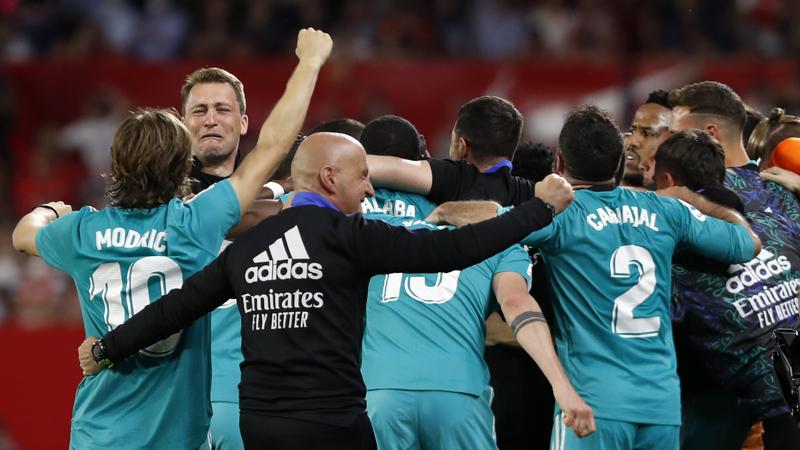 Real lost one leg in each of their knockout ties against Paris St Germain, Chelsea and Manchester City but still did enough to reach the final, winning by a single goal on aggregate in each round.

"We are strong, the mentality aspect is really good," Ancelotti said. "The personality and experience this team has, you cannot say it was luck.

"I'm really proud of my players... I didn't have any problems managing them. They were all professional every day, even those who didn't play."

READ MORE: Real fights back from the brink to stun Man City

Despite Real's outstanding record of winning the last seven Champions League finals they have reached, Liverpool will take confidence from one fact.

The last time the Spanish team lost the continent's showpiece club game was in 1981 when Liverpool beat them 1-0 in Paris.