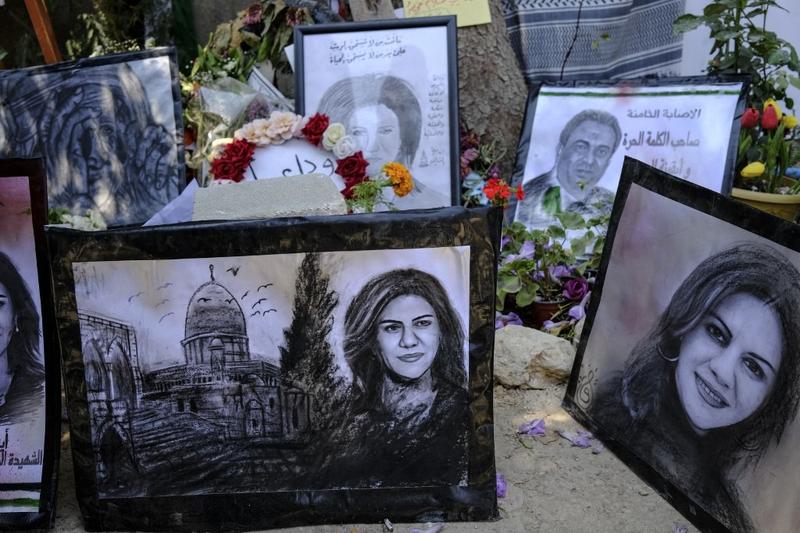 RAMALLAH, West Bank -- The Palestinian Authority said on Thursday its investigation into the killing of Al Jazeera journalist Shireen Abu Akleh showed that she was shot by an Israeli soldier in a "deliberate murder".

Israel angrily denied the accusation and said it was continuing its own investigations into the death of Abu Akleh, who died on May 11 while she was covering an Israeli military raid in the city of Jenin in the occupied West Bank.

The Israeli army had said previously that she might have been shot accidentally by one of its soldiers or by a Palestinian militant in an exchange of fire.
READ MORE: Slain Palestinian journalist buried in Jerusalem

Palestinian Attorney General Akram Al-Khatib told reporters that its inquiry showed there had been no militants close to Abu Akleh when she died.

"The only source of fire in that place came from the occupation forces with the intention to kill," Al-Khatib said, referring to the Israel Defence Forces.

He added that Abu Akleh, who had been wearing a helmet and a press vest that clearly marked her as a journalist, had tried to flee with some fellow reporters as the first shots rang out. "It represents a war crime," Al-Khatib said.

Qatar's Al Jazeera TV Network said it would refer the killing to the International Criminal Court.

"Any claim that the IDF intentionally harms journalists or uninvolved civilians, is a blatant lie," he wrote on Twitter.

He reiterated his call for the Palestinians to cooperate with Israel in the investigation and hand over the bullet for ballistic tests to see if it matched an Israeli military gun.

The Palestinians say they do not trust Israel and have refused to hold a joint probe.

Al-Khatib said tests showed that the bullet that killed Abu Akleh was a 5.56 mm round fired from a Ruger Mini-14 semiautomatic rifle, which is used by the Israeli military.

That same 5.56 caliber can also be fired from M-16 rifles that are carried by many Palestinian militants. Al-Khatib did not say how he was sure it had come from an Israeli rifle.

Israel has said the only way to be sure if it was fired by one of its soldiers was to analyze the bullet and see if the markings on it matched the barrel of an Israeli gun.

"I continue to call on the PA to hand over the bullet and findings. We are prepared and willing to conduct an investigation in collaboration with international actors," Gantz said on Thursday.