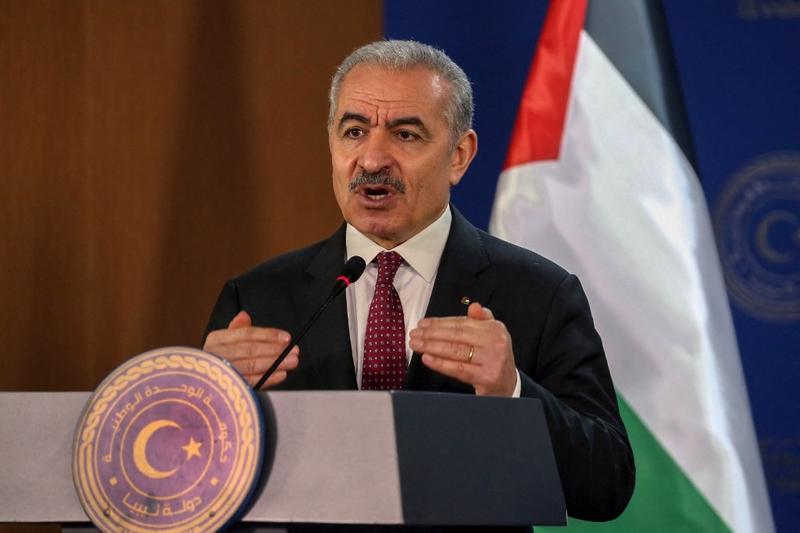 JERUSALEM / RAMALLAH - Palestinian Prime Minister Mohammed Ishtaye on Tuesday called on the European Union to pressure Israel to stop its violations against the Palestinians in the West Bank, East Jerusalem and the Gaza Strip.

Ishtaye made the appeal during a meeting with the High Representative of the EU for Foreign Affairs and Security Policy Josep Borrell in Brussels, said a press statement issued by Ishtaye's office.

Israel recently decided to demolish 12 villages and Bedouin communities, which are home to around 4,000 people in the Masafer Yatta area south of the southern West Bank city of Hebron, said a press statement issued by Ishtaye's office

During the meeting, Ishtaye briefed the top EU diplomat on the latest political developments in the Palestinian territories, as well as the Israeli violations against the Palestinian people, particularly Israeli settlers' endless storming of Al-Aqsa Mosque in East Jerusalem. He highlighted the importance of preserving the existing historical status of the mosque.

Ishtaye also called on the EU to pressure Israel to stop its plan to displace Palestinian people.

Israel recently decided to demolish 12 villages and Bedouin communities, which are home to around 4,000 people in the Masafer Yatta area south of the southern West Bank city of Hebron, said the statement, adding that the Israeli Supreme Court "rejected the petition submitted by the residents to stop the decision."

Ishtaye discussed with Borrell the financial situation and the crisis that the Palestinian government is facing due to a decline in foreign aid and the ongoing unjust Israeli deductions of Palestinian tax revenues.

He called on the EU to accelerate the provision of financial support to Palestine and pressure Israel to release the withheld funds and stop all forms of deductions of Palestinian tax revenues.

Ishtaye also stressed the importance of reviving the peace process and working to protect the two-state solution to the Israeli-Palestinian conflict.

In a statement, the Israeli army said it has launched an investigation into the incident and was looking into the possibility that the journalists were hit by "armed Palestinians."

The raid triggered clashes with armed residents, and "massive fire was shot toward Israeli forces by tens of armed Palestinian gunmen," said the statement, adding that the soldiers "responded with fire toward the sources of the fire and explosive devices. Hits were identified."

Meanwhile, Israeli Foreign Minister Yair Lapid tweeted that Israel offered to carry out with the Palestinians "a joint pathological investigation into the sad death" of the journalist.

"Journalists must be protected in conflict zones and we all have a responsibility to get to the truth," Lapid said.

Israel seized the West Bank in the 1967 Middle East war and has maintained control over it ever since, despite international criticism.