By Yang Jun in Guiyang and Du Juan 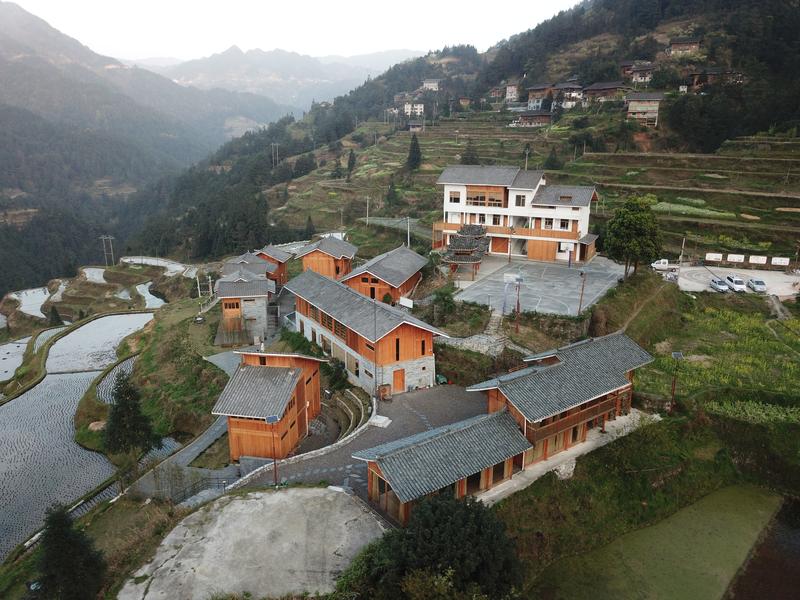 An aerial image of the Muyunjian Hostel at Baiyan village in Leishan county, Guizhou province, which is designed by architect Chen Guodong and his team.(PHOTO PROVIDED TO CHINA DAILY)

Chen Guodong, an architect born in 1985 who grew up in Guangzhou, Guangdong province, and studied in Japan, now enjoys an ideal life building houses he loves in a remote county in Guizhou province.

In 2017, he moved his architectural practice, Mume Design, from Japan to Guizhou's Liping county to build wooden houses designed for modern village life.

Liping is home to some of China's most traditional villages and to all kinds of wooden buildings, including drum towers and heliang (a kind of wooden structure for drying grain), which have been built in the area since ancient times.

"I have been in love with these wooden buildings since I was at university," Chen said, speaking with a noticeable Guizhou accent.

After spending years in the province, especially in its rural areas, Chen's Mandarin now has a local inflection, and he prefers to be called a "rural designer" rather than an architect.

"I have been thinking about what rural areas will be like in the future and how living spaces built from wood can serve villagers better," he said. "The idea is worth exploring and putting into practice."

Unlike most young people who prefer urban life, Chen loves working in remote areas. He said that he can build and do field research at the same time in Liping because its wooden architecture has been preserved for over a thousand years. 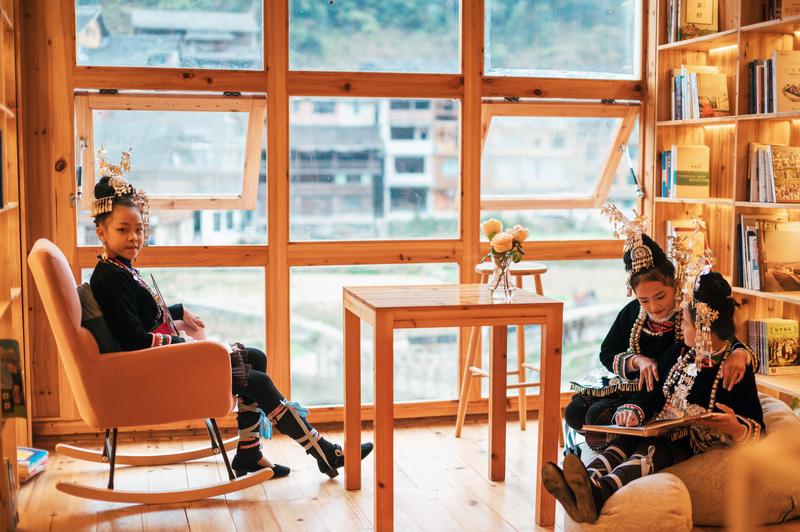 Dong ethnic villagers relax in another building made by Chen and his team, the Dongfang Homestay at the Zhaoxing Dong village in Liping county, Guizhou. (PHOTO PROVIDED TO CHINA DAILY)

Chen sees the craft as pure and simple, creating homes for generations of people.

This is what spurred his interest in building with the material, which he does with the help of a local craftsman.

In the core of Huanggang village, he turned a wooden granary into a large public space.

He maintained its original style, which is in perfect accordance with its surroundings, and added tearooms, innovation spaces and apartments.

People can experience the tranquility of village life and also meet visitors. Chen usually remains on site at a project from start to completion. He and his team often live in a village for more than a year.

In addition to architecture, he also researches the changing demands of rural areas for new buildings and said there are still many issues to resolve, such as the best way to upgrade traditional architecture so that it is suited to modern life while retaining its traditional elements.

In Huanggang, he designed a house for a villager who likes to drink wine. He turned the first floor into a winery and tavern for travelers to experience the winemaking process.

The transformation of a wooden house Chen undertook for Yang Hui, a teacher in Guiliu village in Rongjiang county, was even more radical and was done free of charge. 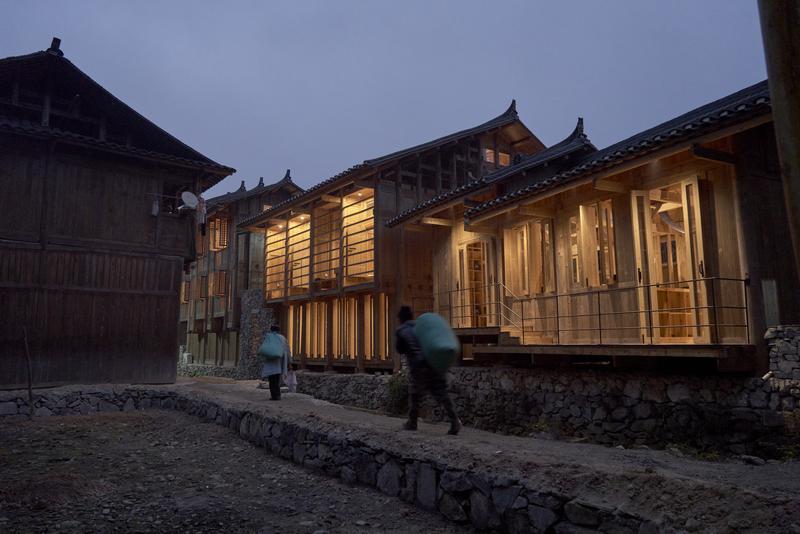 Villagers pass by the Huanggang Village's Makerspace, by Chen and his team. (PHOTO PROVIDED TO CHINA DAILY)

The house's lighting, ventilation and heating system were all upgraded. Its first floor, formerly used for raising livestock, was turned into a living room, bedrooms and a kitchen, and its second and third floors have become a public space for teaching and guest rooms for visiting students.

"Nowadays, people no longer rely on the land to make a living in rural areas, so we need to find a way to adapt old wooden buildings to modern uses," Chen said.

Yang said she hopes her house will survive for another 100 years. "I'm going to retire in three years. I will use this place to hold activities to teach about traditional culture."

Chen sees no reason why the home shouldn't last that long, if not longer, and views wooden architecture as low-carbon, environmentally friendly and affordable.

By creating conditions that attract more young people to return, villages create new opportunities for themselves, a process to which Chen's work is certainly making a contribution.

Yao Yuxin and Zhao Yandi contributed to this story.