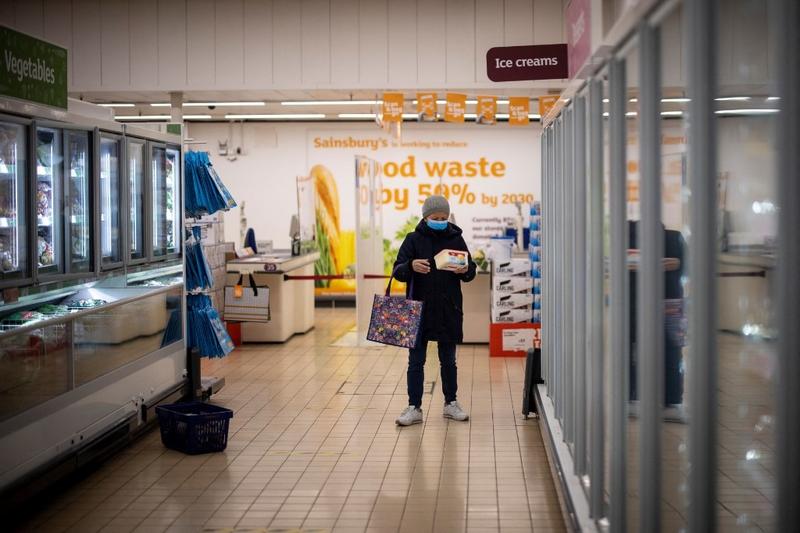 A customer shops for ice cream in the frozen section of a Sainsbury's supermarket in Walthamstow, east London on Feb 13, 2022. (TOLGA AKMEN / AFP)

LONDON - British inflation surged last month to its highest annual rate since 1982, pressuring finance minister Rishi Sunak to offer more help for households and the Bank of England to keep raising interest rates despite a risk of recession.

Consumer price inflation hit 9 percent in April, the Office for National Statistics said on Wednesday, surpassing the peaks of the early 1990s recession that many Britons remember for sky-high interest rates and widespread mortgage defaults.

Britain has the highest inflation of Europe's big economies and almost certainly in the Group of Seven, with Canada and Japan yet to report April data

Britain has the highest inflation of Europe's big economies and almost certainly in the Group of Seven, with Canada and Japan yet to report April data. Neither are likely to match Britain's price growth which also looks set to be longer-lasting.

"We cannot protect people completely from these global challenges but are providing significant support where we can, and stand ready to take further action," Sunak said.

A Reuters poll of economists had pointed to a reading of 9.1 percent, up from 7.0 percent in March, and sterling fell.

"(Sunak's) inaction will make an already desperate situation for many even worse," Rebecca McDonald, senior economist at the Joseph Rowntree Foundation which campaigns for lower-income households, said.

A survey on Tuesday showed two in three people had kept their heating off when they would normally have turned it on, almost half were driving less or changing supermarkets and just over a quarter say they have skipped meals.

Food prices rose by nearly 7 percent in the 12 months to April, the ONS said. 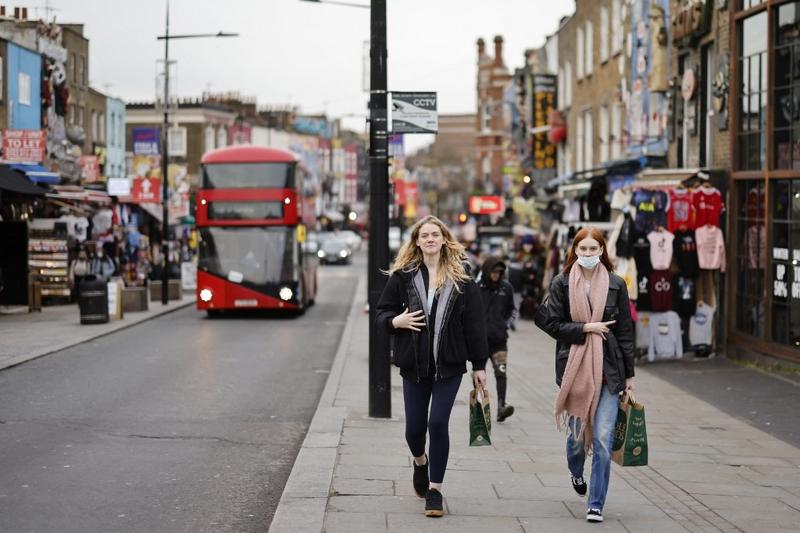 On Monday, BoE Governor Andrew Bailey told lawmakers food price rises were a major worry as he apologized for "being apocalyptic for a moment".

While the government points to its 22 billion-pound ($27.4 billion) package of support for households so far, much of this is cancelled out by recent tax increases on workers.

The BoE this month forecast inflation would top 10% later this year and investors expect the central bank will add to the four interest rate increases it has implemented since December, taking its Bank Rate to 1%, the highest since 2009

The Times newspaper said Sunak was drawing up plans to cut taxes and increase home heating benefits by hundreds of pounds.

An increase in prices charged by restaurants and cafes, as value-added tax rates went back to their pre-pandemic levels in April, added to the inflation jump last month.

The BoE this month forecast inflation would top 10 percent later this year and investors expect the central bank will add to the four interest rate increases it has implemented since December, taking its Bank Rate to 1 percent, the highest since 2009.

READ MORE: UK inflation surges to highest in a decade on energy costs

Bank of America this week criticized the BoE for not being clear about its response, potentially leaving it vulnerable to political attacks and the economy in a worse situation.

"The BoE reaction function has become less transparent and monetary policy more at risk of perceived politicization," it said in a report. "As a result inflation expectations may be less anchored so we expect higher interest rate, growth and inflation volatility."

A former Conservative defense minister, Liam Fox, last week accused the BoE of failing to spot the inflation surge coming and the Sunday Telegraph newspaper reported that current ministers, whom it did not name, were also critical.

There were signs of further inflation pressure ahead. Manufacturers suffered the joint biggest increase on record in raw materials prices, up 18.6 percent, matching March's high.

Factories increased prices by 14.0 percent over the 12 months to April, the biggest jump since July 2008.