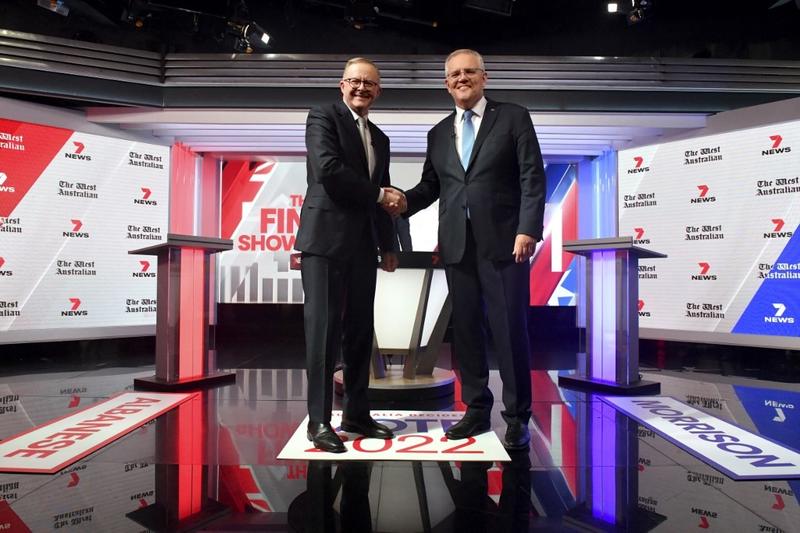 CANBERRA - Australia's opposition Labor Party maintained its lead in the polls as the federal election campaign entered its final week.

According to the latest edition of Newspoll published on Friday night, the Labor Party holds a comfortable 54-46 lead over the Coalition on a two-party preferred basis.

According to the latest edition of Newspoll published on Friday night, the Labor Party holds a comfortable 54-46 lead over the Coalition on a two-party preferred basis

It marks the 20th consecutive Newspoll where the Coalition has trailed the Labor since November 2020.

Significantly, the Coalition has not been able to make any inroads since Prime Minister Scott Morrison called the election on April 10.

Newspoll found that 43 percent of voters identified Morrison as their preferred prime minister and 42 percent as Labor leader Anthony Albanese.

It represents a major swing in Albanese's favor from a 46-37 lead for Morrison at the end of April.

ALSO READ: Early voting starts in Australia election with opp ahead in polls

In a major shift of tone, Morrison promised to change his leadership style if re-elected.

Admitting he can be "a bit of a bulldozer", Morrison promised to empathize more with Australians if given another term as the prime minister.

"I will seek to explain motives and my concerns and empathize a lot more. But I tell you what, at the end of the day, what matters most is I get the job done," he told reporters.

In response, Albanese, who on Saturday announced a Labor government would boost health spending by 970 million Australian dollars ($673 million), promised to unite the country.

"A bulldozer wrecks things. A bulldozer knocks things over. I'm a builder, that's what I am," he said. "I will build things in this country."