Australian general election called for May 21 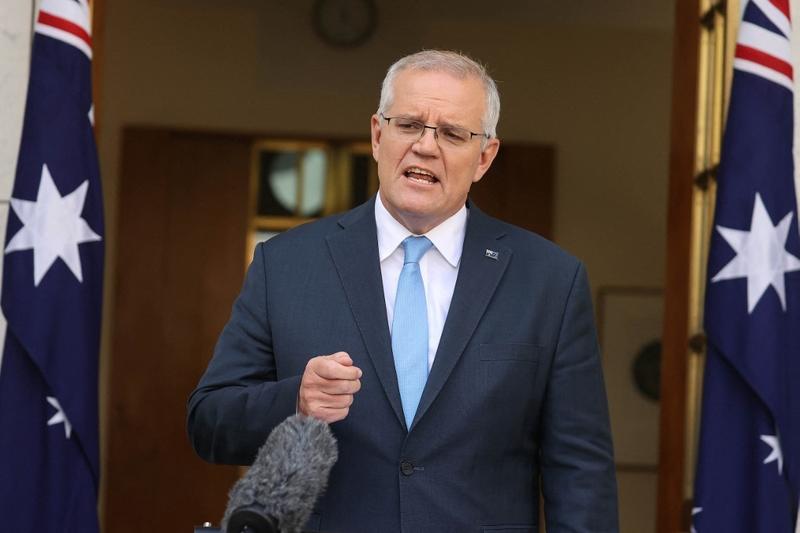 CANBERRA - Australians will go to the polls for a general election on May 21.

Australian Prime Minister Scott Morrison on Sunday visited the Governor-General to dissolve the parliament and call the election for all 151 seats in the House of Representatives and about half of 76 Senate seats. The election date is set for May 21.

The governing Liberal-National Coalition has held power since 2013.

If victorious, Morrison will become the first prime minister to win consecutive general elections since 2004.

Launching his re-election campaign on Sunday, Morrison said that the Coalition could be trusted to lead Australia's economic recovery from the COVID-19 pandemic.

"This election and this campaign is incredibly important. That's because there is so much at stake for Australia and our future," he said.

The election campaign, which will last about six weeks, is expected to be dominated by issues surrounding the coronavirus pandemic, climate change, cost of living, and housing affordability.

In a video posted on social media on Saturday night, Albanese promised that Labor would "get spending under control so we can keep taxes low" if victorious.

"Debt has skyrocketed under the Liberals. They'd doubled the debt even before the pandemic," he said. "Australians deserve a prime minister who shows up, who takes responsibility and who works with people."