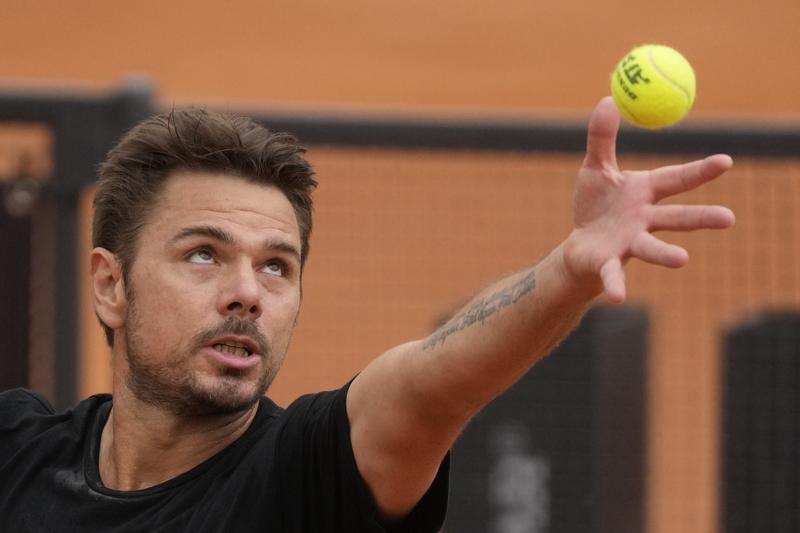 Stanislas Wawrinka, of Switzerland, serves the ball during a training session on the occasion of the Italian Open tennis tournament, in Rome, May 6, 2022. (GREGORIO BORGIA / AP)

ROME - Three-times Grand Slam champion Stanislas Wawrinka won his first match in 15 months as he moved into the second round of the Italian Open while Dominic Thiem fell in the first round yet again to remain winless on the Tour this year.

Wawrinka, who did not play for an entire year after undergoing two surgeries for a foot injury, was playing 14th seeded American Reilly Opelka and lost the first set before fighting back to win 3-6 7-5 6-2.

It was Stanislas Wawrinka's first victory since last year's Australian Open but the 37-year-old, a French Open champion in 2015, said he still has work to do in the gym and on the court to get back to a competitive level

It was the Wawrinka's first victory since last year's Australian Open but the 37-year-old, a French Open champion in 2015, said he still has work to do in the gym and on the court to get back to a competitive level.

"Physically I was feeling great. For sure when you don't win a match in more than a year, you start to think always about it more than you should and not focus on the right things," Wawrinka told reporters.

"In general I think it was a great match, great battle. I stayed positive, I started to feel much better with my tennis by the end of the second set and the third set. I'm really happy with this victory."

Thiem, who is also coming back from a wrist injury which prevented him from defending his US Open crown last year, showed some encouraging signs but made 22 unforced errors in a 6-4 7-6(5) defeat by Italian Fabio Fognini. 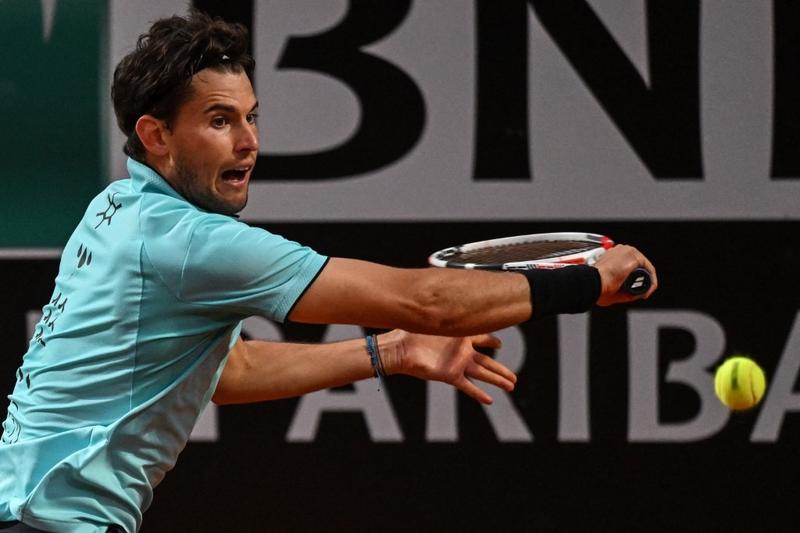 Austria's Dominic Thiem returns to Italy's Fabio Fognini during their first round match at the ATP Rome Open tennis tournament on May 9, 2022 at Foro Italico in Rome. (ANDREAS SOLARO / AFP)

Thiem started brightly, kicking things off with an ace on the first point of the match and also produced a couple of trademark forehand and backhand winners which earned him a reputation on the tour.

But it was Fognini who broke first at 4-4 to serve for the opening set after the Italian got the better of Thiem on the longer rallies with his superior court coverage.

As the sun set and the lights came on, Thiem grew into the match in the second set but whenever he had a break point opportunity, Fognini slammed the door shut.

Fognini saved six break points before the Austrian found a second wind, saving a match point before finally breaking to make it 5-5.

But Fognini's baseline play was far better on the day and a couple of wayward shots from Thiem in the tiebreak gave the Italian a second match point, sealing progress to the next round when Thiem's forehand return went wide.

"I looked at the stats after the first set on the big screen. Actually they are getting better and better... the forehand is still not there when things are getting tighter. That's the way it is now, on to the next one."

ALSO READ: Nadal breezes through on his return from injury in Madrid Open

While Fognini advanced, it was a mixed day for the home fans after several Italians were knocked out in the first round.

Lorenzo Sonego showed the most promise when he stretched Denis Shapovalov to three sets before the Canadian advanced with a 7-6(5) 3-6 6-3 victory.