In the third part of our series on nonfungible tokens, Joyce Yip surveys the NFT art world a year after it hit the big time, and discovers how the genre is — and isn’t — living up to the hype. 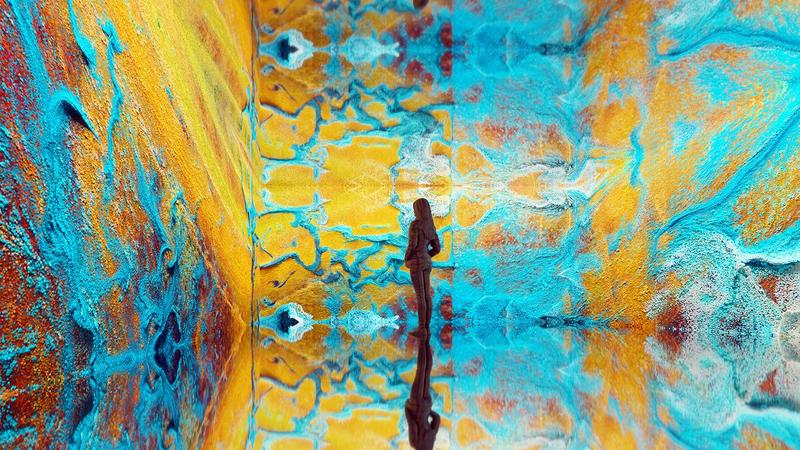 Long before the term “NFT art” entered our daily lexicon — due in large part to the sale of Beeple’s Everydays: The First 5,000 Days for $69.3 million in March 2021 — collecting digital art was already a thing. Saving pictures found on Google Images or portals like DeviantArt, perhaps to be used as inspiring desktop wallpaper or an edgy profile picture, was something many of us did without a second thought.

The dawn of the era of NFT art has changed all that, drastically.

Promising a decentralized utopia where provenance is easy to verify, and superstars and emerging creators enjoy a level playing field, the NFT realm is offering digital artists the chance to be respected, credited and duly rewarded — progress indeed for a genre where collecting had previously meant hitting right-click to save images.

According to Art Basel’s The Art Market 2022 report, sales values for NFT art — which the document defines as works or series with fewer than 10,000 pieces made by artists or generative art algorithms — grew more than a hundredfold year-on-year in 2021 to reach $2.6 billion. (Series with 10,000 or more pieces are considered collectibles.)

NFT art’s ballooning profit margins — which the prolonged suspension of physical events during the pandemic helped raise by default — have convinced traditional players to hop on the crypto-art bandwagon. The nascent industry is, however, already exhibiting similar problems to those plaguing the traditional art world. So, was the promised utopia too good to be true? 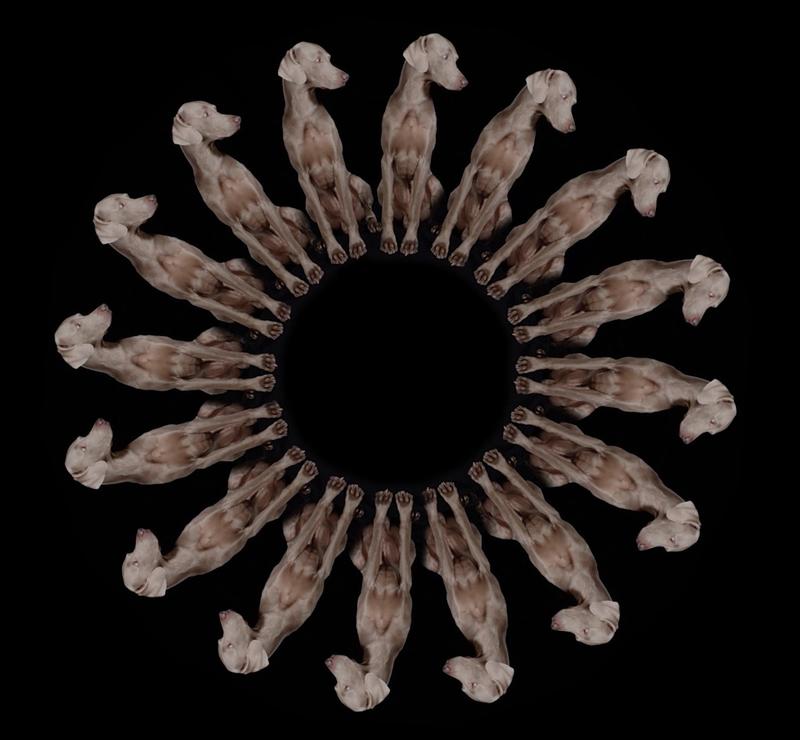 NFTs to the rescue

Heiman Ng — head of business development at Digital Art Fair Asia, director of the digital fine art consultancy Artistsverse, and a lecturer with HKU SPACE’s ArtTech and NFT program — says NFTs have been the art world’s salvation at a time when in-person fairs had to be repeatedly canceled and online exhibitions became the norm. The real value of NFTs, he adds, is the ability to empower everyone in the industry.

Provenance tracking is built into NFTs thanks to the blockchain, which is by definition a ledger. An artwork’s or asset’s past transactions and owners are also visible in public marketplaces like OpenSea, which tend to be democratic in that every creator — regardless of their star value — enjoys the same platform or real estate. Community is also a highlight: Artists can engage with buyers and fans using Web3 tools and  receive a percentage every time their work is resold. A 2020 report by ArtTactic and Hiscox found that 76 percent of online art buyers younger than 35 — who make up the majority of crypto-art investors — say they buy art to support the artists. 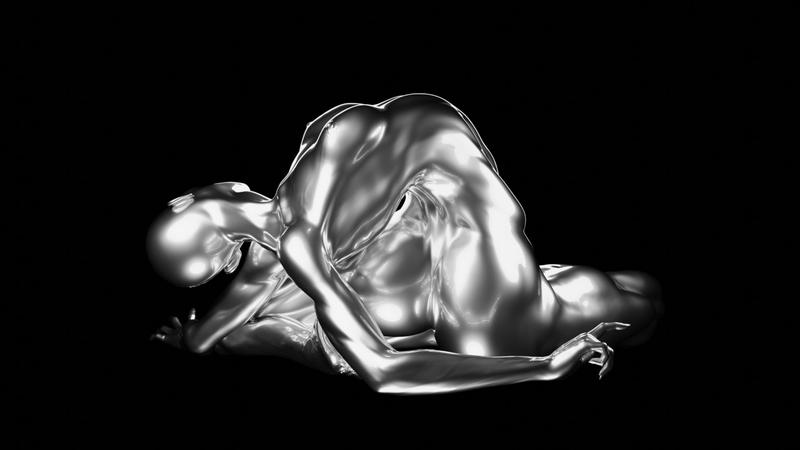 Jason Ebeyer’s lustrous, sensual 3D sculpture Idol 002 can be seen from every angle, thanks to augmented reality. (PHOTO PROVIDED TO CHINA DAILY)

Much of the art is both original and multidimensional. Take, for instance, Jason Ebeyer’s contorted 3D sculpture Idol 002, presented in augmented reality (AR) during the bricks-and-mortar Art Basel Miami last year. In some cases, collectors can get involved in the enigmatic madness, as with Refik Anadol’s Machine Hallucination: a 30-minute immersive cinema experience using machine learning algorithms on more than 100 million photographs of New York City, in which the screen is all around and even under the viewer. Sometimes, crypto art comes with symbolism and teachings similar to its traditional counterparts: William Wegman — a pioneer in video art whose works have appeared at the Metropolitan Museum of Art and the Museum of Modern Art in New York — and his trippy Wait Wait: and Explode can be seen to mock our habit of waiting during the pandemic, whether for vaccines, test results or returning to so-called normal life. The resulting work is a video of the familiar loading graphic, which on expanding, reveals itself to be a kaleidoscope of dogs.

NFT art can make a good investment. Affordable entry prices, rising resale values and instant tradability make for exponentially faster turnovers compared with traditional genres. According to The Art Market 2022, resales made up 73 percent of the total value of NFTs traded last year, with an average turnover time of 33 days. The same process would take 25 to 30 years in the traditional art world. 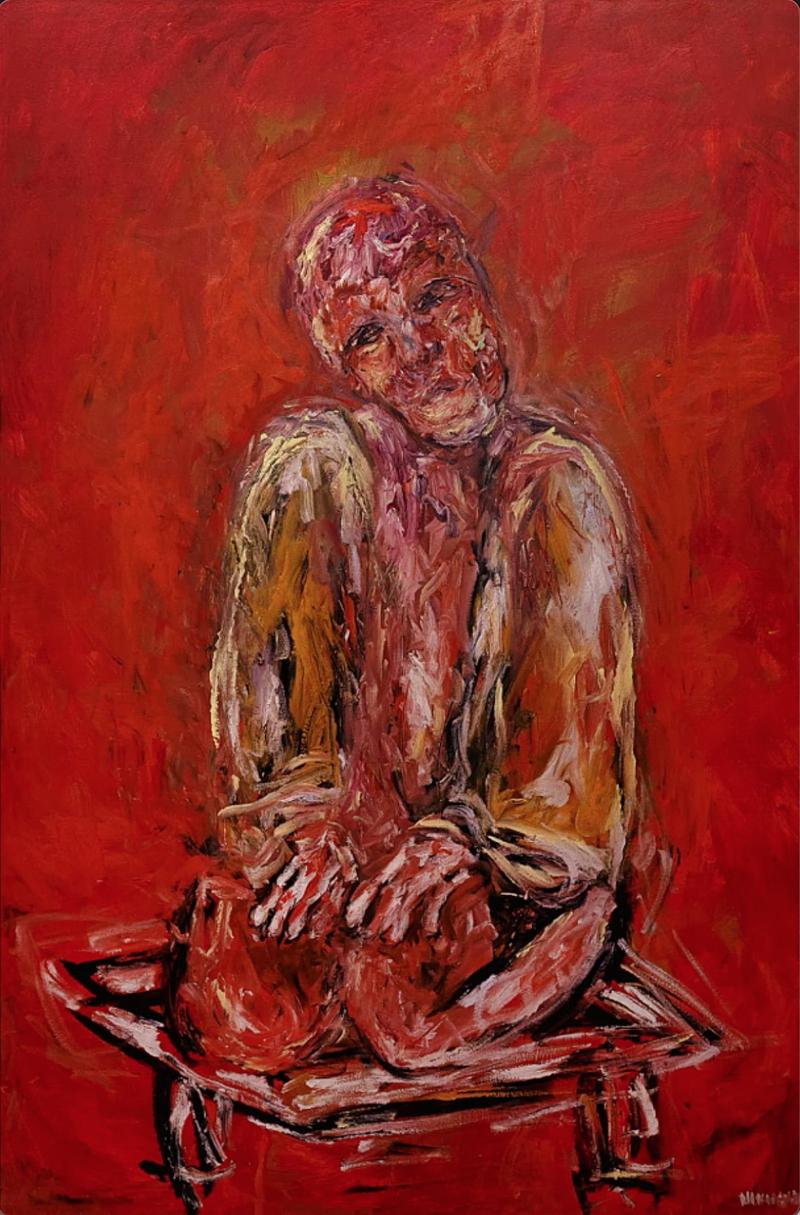 Originally painted with oil on canvas, Mizuki Nishiyama’s Sitting, Waiting depicts a woman in the traditional Japanese seiza position. The video-based NFT uses an augmented shift of perspective to zoom in and out of the artwork’s composition. (PHOTO PROVIDED TO CHINA DAILY)

Capturing the full spectrum of collectors — from the savvy bitcoin-wealthy to converts from the traditional art world — are an abundance of mediators and marketplaces. For example, Artistsverse in January exhibited and offered for sale Mizuki Nishiyama’s Sitting, Waiting: a meditative video that applies AR to an oil painting, with visual effects by new-media artist Victor Wong.

Art-focused initiatives also abound, with services such as Verisart, which mints and certifies works by established artists like Wegman. Also playing important roles in this space are curated marketplaces like SuperRare, which has been collaborating with physical fairs including Art Basel Miami and LA Art Week to steer the focus away from NFTs’ speculative aura. Galleries and museums are also forging a path into the crypto-art sphere. Last July, Pace became one of the first international galleries to launch a dedicated NFT platform hosting the artists it represents. Two months later, the British Museum — in collaboration with French startup LaCollection — announced it would launch NFT versions of classics by Katsushika Hokusai, the Japanese Edo artist and printmaker. NFTs of works by the 18th- and 19th-century English painter William Turner followed in February. Ownership of a LaCollection NFT also buys collectors access to exclusive events.

However, not everyone wants a slice of the NFT pie, says Clare McAndrew, founder of the research and consulting firm Arts Economics, and author of The Art Market 2022. According to her research, just 6 percent of art dealers surveyed had sold NFTs in 2021, while 46 percent reported zero interest in the new genre.

“This is the segment that spends huge amounts of time producing something very good in limited editions. These are the galleries that project trajectories and work with artists throughout their careers rather than maximizing (today’s) profits,” she says. “Hopefully, when things slow down a bit, there’ll be a period of reflection and understanding of what we could do with NFT art sales, applications, and the good things (the technology) can do, rather than just swapping art for more money.” 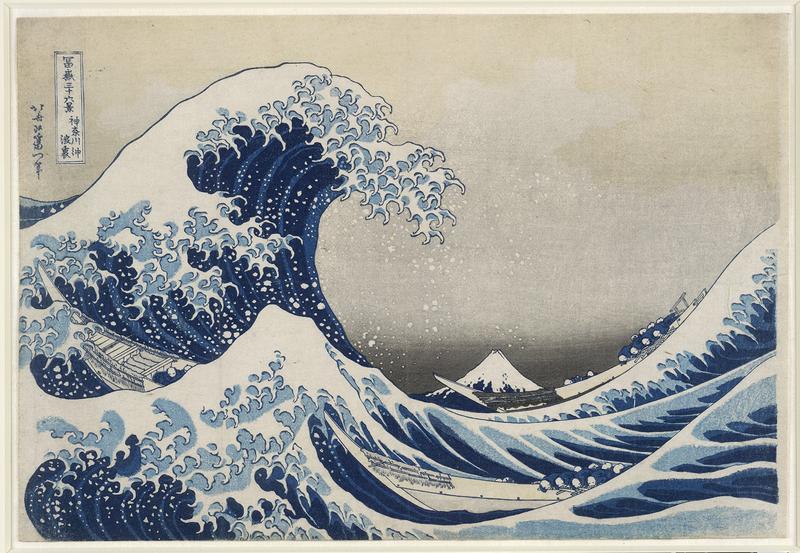 While trading on the blockchain differs greatly from the traditional art world, McAndrew says the NFT marketplace is far from the decentralized utopia it claims to be. While it’s true that every artist has the same opportunities without needing to jump through traditional hoops, self-promotion — often via intermediaries like Nifty Gateway and SuperRare — is still essential in order to draw attention.

“The NFT art market is quite democratic, but getting people to know that these artists exist is the problem,” McAndrew says, adding that market movements depend to a large extent on “key taste deciders”. Blockchain’s promise of ensuring disintermediation has not been fulfilled, she says, as middlemen continue to provide a needed level of assurance to collectors. The lack of seasoned advisers in the field makes collectors gravitate toward superstars, McAndrew adds.

According to ArtTactic’s latest NFT Art Market Report, published in November, 55 percent of the total primary and secondary market sales value on Nifty Gateway between February 2020 and September 2021 was raised by the top 5 percent of artists, suggesting a winner-takes-all market not unlike that of traditional art.

“Unfortunately we have, in some sense, re-created the growth inequalities in the traditional art world,” notes Robert Norton, CEO and co-founder of Verisart. “At the end of the day, human nature is still the same in that people rush to collect what they consider (will) retain value based on the artist’s community activity and social status on Twitter.”

While acknowledging this to be an issue, John Crain, CEO of SuperRare, still thinks the NFT marketplace represents a substantial improvement on the traditional art market.

“There are certainly going to be artists people are more fascinated with and who command much higher prices, but the NFT art marketplaces solve problems of access and geography,” he says. “Maybe not everyone gets to be Beeple, but a lot of artists who have never sold a piece of art can still earn $300. ... Artists also don’t need to live in art hubs like New York or London to make a name for themselves.” 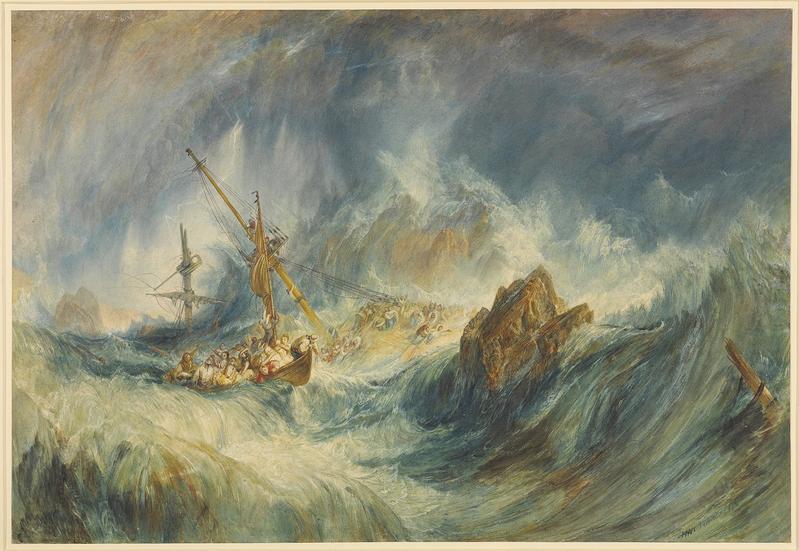 Criticisms of the medium aside, Digital Art Fair Asia’s Ng says it’s important to remember that NFT art is in its infancy.

“Ninety-nine percent of what we’re seeing right now will be gone in a year’s time: Many (offerings) are still at the trial-and-error stage,” he says, adding that even big auction houses like Sotheby’s are trying to work out which artists and works are likely to show longevity.

Ng says collectors want to see new advancements in smart contracts that go beyond the art itself. He adds that the challenge is to woo buyers to invest in NFT art despite the volatility of cryptocurrencies.

Verisart’s Norton believes links between tangible and digital objects will deepen. The relatively new trend of NFT art pieces making their way from collectors’ cyber wallets to their living rooms will continue to evolve, he predicts.

“Most of the activity (to date) has been around speculation, and communities coming together to support causes and artists. There’s a real question mark as to whether NFT art will exist purely in the digital environment,” he says, adding that while brands like Samsung, Sony and Panasonic have been improving their display frames, future displays will need to remain innovative to keep up with the genre’s hypersonic advancements.

Though the NFT market has yet to address some of the deep-seated concerns of the traditional art world, collectors appreciate the medium’s affordability, artists its accessibility, and curators a wider array of audiences no longer confined to conventional niches. As the initial bubble looks set to pop and more players adapt to the new genre, experts predict that before too long, only the crypto art with real value will be left standing.