EV success can be replicated in shipping sector 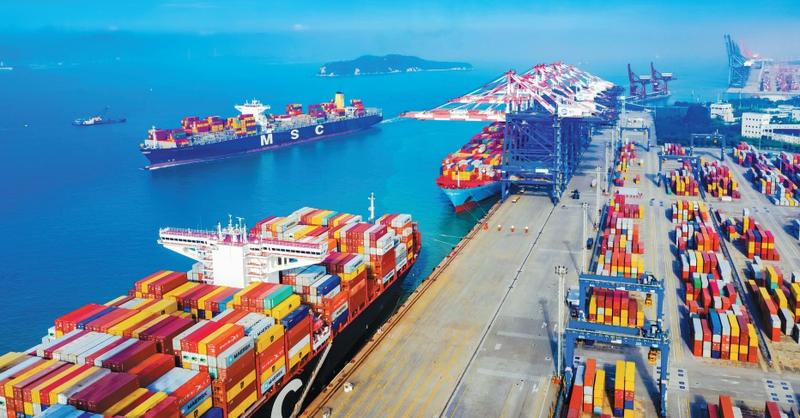 In his keynote speech at the United Nations Global Sustainable Transport Conference in October, President Xi Jinping stressed the need for a green transition in all aspects of economic and social development.

Over the past 10 years, China has made remarkable strides in reducing its reliance on heavily polluting fossil fuels, most notably by developing the electric vehicle (EV) sector.

Now, China has an opportunity to help accelerate the decarbonization of the entire international shipping industry..

China now has an opportuni-ty across other UN bodies, such as the UN Framework Convention on Climate Change, to help the shipping sector to further decarbonize

Electric vehicles are an excellent example of long-term investment in decarbonization projects. China accounts for about half of the EVs sold globally. But this did not happen overnight. Plans to invest in the technology began as early as the 1980s.

This forward thinking is bearing fruit and creating waves across the global economy today.

Importantly, China's approach to innovation is often an accelerant to decarbonization efforts by the wider world. So as a major shipbuilding and ship-owning nation, it should seize the opportunity in a sector which emits about 2 percent of global carbon dioxide, as others will likely follow suit.

Thankfully, China is a leading and influential member of the United Nations shipping organization (the International Maritime Organization), and it has already proved that it is a responsible country when it comes to fighting climate change. Last year, it was instrumental in negotiating a regulation to reduce the industry's carbon intensity by 40 percent by 2030 (compared with 2008).

China now has an opportunity across other UN bodies, such as the UN Framework Convention on Climate Change, to help the shipping sector to further decarbonize.

In June this year, the IMO will hold a major meeting covering greenhouse gas reduction targets. China may play a constructive part in setting an ambitious CO2 reduction target for the international shipping sector as a whole.

The Chinese government can also help initiate progress on two other important issues: the acceleration of research and development in zero-carbon fuels for shipping, such as ammonia and hydrogen, and the development of a global carbon pricing for shipping.

At its June meeting, the IMO will also consider a proposal, supported by 30 governments, to establish a $5 billion fund to accelerate the development of zero-carbon technologies and fuels.

China was one of the first countries to recognize that setting a price on CO2, whether through a carbon tax or an emissions trading system, can be an important policy tool for governments to help economies deliver on their climate commitments.

China's political influence cannot be ignored either. The next UN Climate Change conference will be held in Egypt, which has special interest in the decarbonization efforts of shipping, given its control of the Suez Canal. China's role at such multilateral meetings should be to showcase its success stories and encourage others to follow its lead in long-term thinking when it comes to decarbonization.

And as ship-owners commit to ordering vessels that run on zero-carbon fuels, China, the world's biggest shipbuilder, can cash in on such commitment. Let's make no mistake, strong leadership by governments such as China's is urgently required. The Intergovernmental Panel on Climate Change's latest report paints the "worst picture yet" of where our planet is heading. According to the IPCC, our window of opportunity is rapidly closing to prevent the worst impacts of climate change.

China has pledged to peak its carbon emissions before 2030 and achieve carbon neutrality before 2060. International shipping has very similar targets. These common goals can serve as beacons for the wider global economy for years to come.

The author is the chairman of the International Chamber of Shipping.