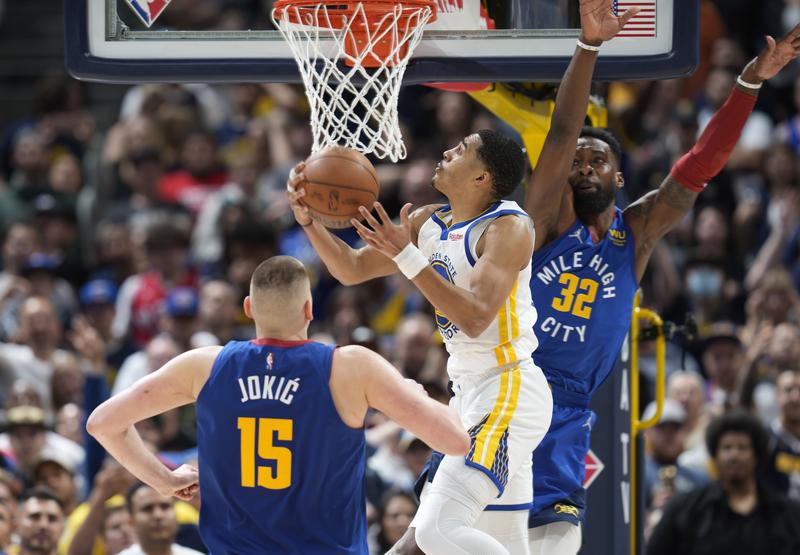 WASHINGTON - The Golden State Warriors are just one win away from clinching a berth in the Western Conference semifinals after edging the Denver Nuggets 118-113 in Game 3 of the best-of-seven first-round NBA playoff series.

The Warriors' trio of Stephen Curry, Klay Thompson and Jordan Poole combined for 80 points in the winning effort. Though Nikola Jokic of the Nuggets notched a game-high 37 points plus 18 rebounds, shooting 14 of 22, the MVP favorite was unable to avoid the dreaded 3-0 series deficit.

The Nuggets opened the second half with a 10-2 run to punish the Warriors for letting Curry come off the bench and they tied the game 109-109 with 3:30 remaining

Both teams shot better than 50 percent from the floor in the first half, but the Warriors overwhelmed their opponents with ball movements as they registered 19 assists on 27 made field goals, putting themselves 69-59 ahead at halftime.

The Nuggets opened the second half with a 10-2 run to punish the Warriors for letting Curry come off the bench and they tied the game 109-109 with 3:30 remaining, but the Warriors found their rhythm with aggressive firepower from the second unit and better team effort. 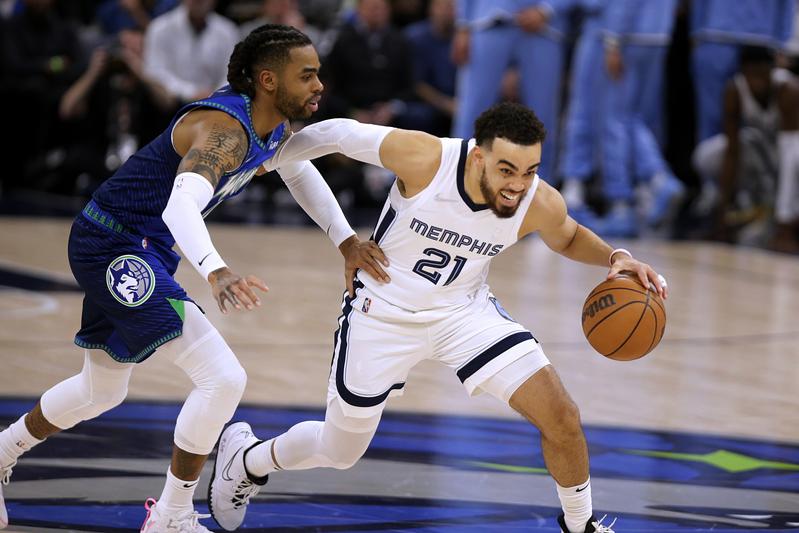 Elsewhere, the Memphis Grizzlies overcame a massive 26-point deficit to beat the Minnesota Timberwolves 104-95 for a 2-1 series lead.

Minnesota were outscored 23-12 in the second quarter and 37-12 in the fourth, pitifully wasting their advantage built in the other two periods. D'Angelo Russell who had 22 points and eight assists was scoreless in the fourth quarter.