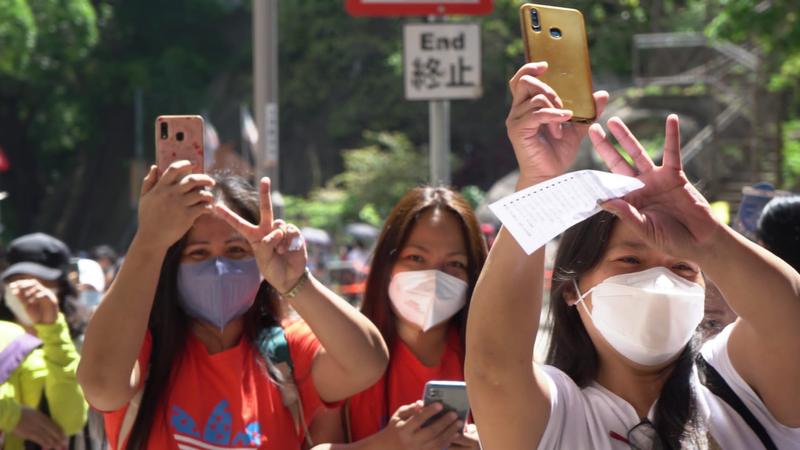 Around 3,000 Filipino voters swamped a polling station at the Bayanihan Center in Kennedy Town, Hong Kong on Sunday, the first day of the month-long overseas absentee voting for the 2022 Philippine presidential elections.

The voting period for this year’s Philippine national elections officially started Sunday, with nearly 1.7 million Filipinos living overseas casting their votes for the country’s next president.

The huge turnout prompted Philippine Consul General Raly Tejada to personally appeal to Filipino voters queuing at the center to just vote on other days, especially on weekdays when very few will go out to vote

The huge turnout prompted Philippine Consul General Raly Tejada to personally appeal to Filipino voters queuing at the center to just vote on other days, especially on weekdays when very few will go out to vote.

Eman Villanueva, chairman of Bagong Alyansang Makabayan (New Patriotic Alliance) -- Hong Kong and Macao, was not surprised that many people turned out to vote, given the importance of the 2022 elections for migrant Filipino workers.

He said the concern of overseas Filipino workers (OFW) is a “sensitive issue” for the Philippines. Villanueva said a lot of OFWs are hoping to elect a president who can boost the country’s economy and create jobs, allowing these OFWs to finally come back home.

“Most OFWs can’t bring their families abroad so they long for family reunification, which is only possible if they go home for good,” he said.

While the number of OFWs account for less than three percent of the over 67 million registered Filipino voters, analysts note that OFW votes are crucial as most of them are their family’s breadwinners and can thus influence the voting preferences of their families back home. OFWs are also concerned and affected by the foreign policy of the elected president. 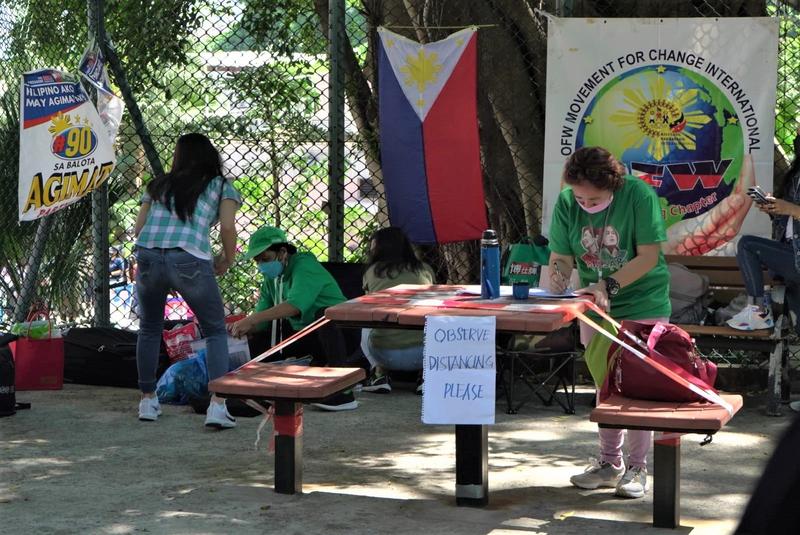 “China-Philippines relations is very significant for the OFWs here because Hong Kong is part of China,” Villanueva said.  The OFW community in Hong Kong is one of the biggest migrant Filipino communities in the world.

Villanueva, who has been working as a a domestic worker in Hong Kong for more than 30 years, is hoping that whoever wins as president will promote a foreign policy that will best serve Philippine interest.

Chinese President Xi Jinping and outgoing Philippine President Rodrigo Duterte had a telephone summit on April 8. The two leaders recognized that economic and infrastructure cooperation between the two countries must be intensified, according to the official statement issued by the Philippine government.

Lucio Blanco Pitlo III, research fellow at the Manila-based Asia-Pacific Pathways to Progress Foundation, said China-Philippines’ relations are an “important election issue” in the coming Philippine general elections as China is the Philippines’ largest trade partner.  He also cited the “security and diplomatic challenge”  brought about by the unresolved issue on the South China Sea.

Apart from electing the next president, Filipinos will also cast their ballots for the next vice president, 12 Senators, members of the House of Representatives and local government officials.

Froilan Malit Jr, director of Rights Corridor, a Dubai-based media and research platform that examines rights and migration issues, said that  while most OFWs in the Middle East region are organized, there are still OFWs in other parts  of the world who are marginalized and can’t vote.

About half of the total registered OFW voters live in the Middle East and North Africa region.

Malit said that the total number of registered OFW voters is quite low and “that’s very concerning”.  He said the probable reasons for this include: some of them are undocumented migrants; others are domestic workers whose employers forbid them from going out; there are also Filipinos who live in remote areas and can’t access the polling precincts that are usually located in the city.

And then there are those who chose not to vote.  Malit said that these people “don’t trust the political process. That’s why they migrate in the first place (to search for better opportunities abroad).” 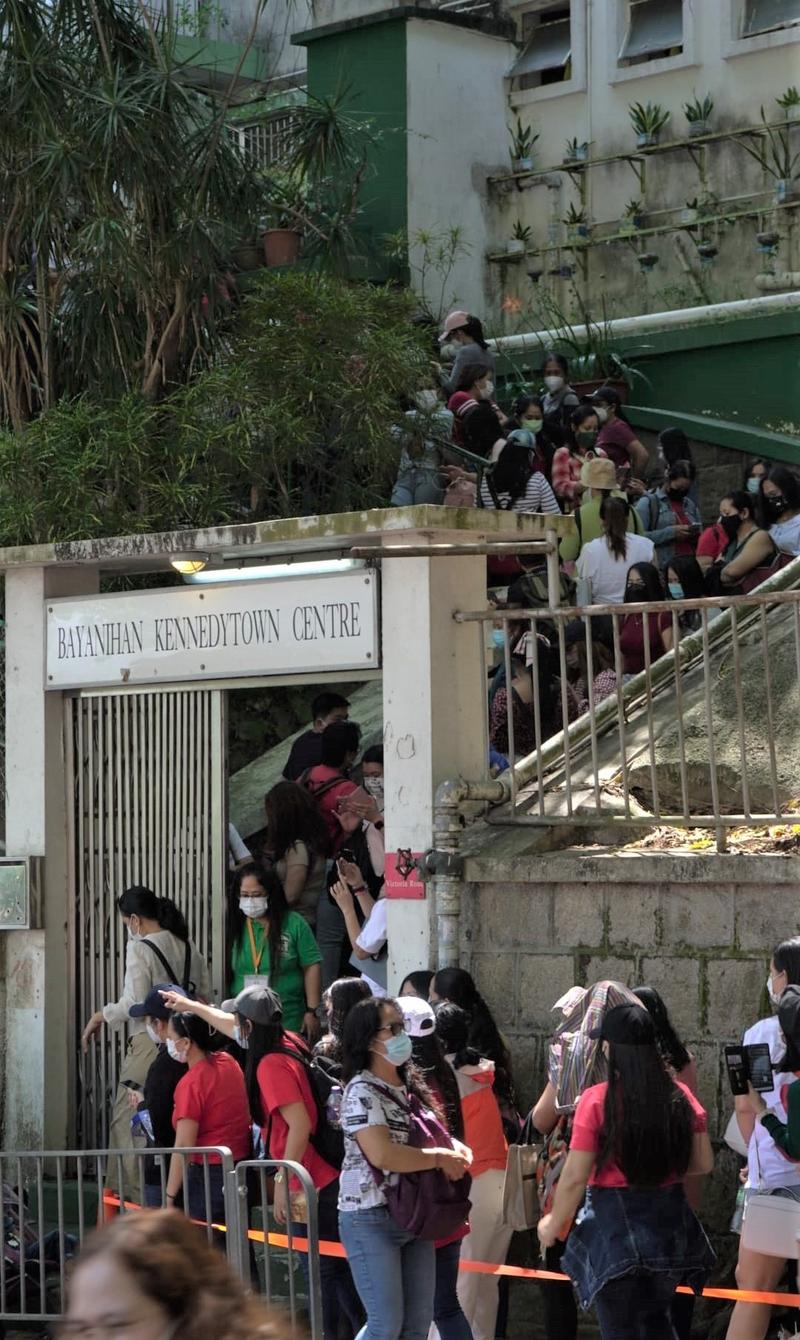 Filipino workers in Hong Kong line up outside the Bayanihan Center in Kennedy Town on April 10, 2022, the first day of the month-long overseas absentee voting exercise for the Philippine presidential elections. (JAN YUMUL / CHINA DAILY)