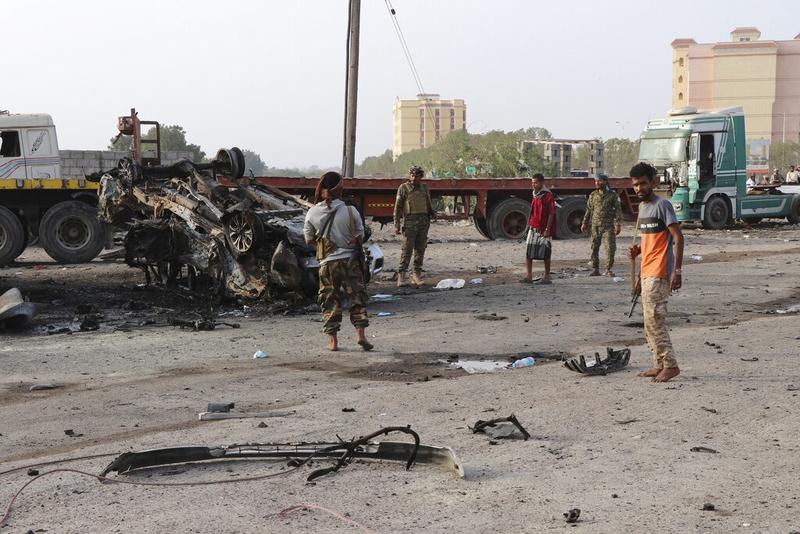 Security personnel stand near the wreckage of at the site of a deadly car bomb attack in the port city of Aden, Yemen, March 24, 2022. (WAIL AL-QUBATY / AP)

ADEN - The warring sides in Yemen's seven-year conflict have for the first time in years agreed a nationwide truce, which would also allow fuel imports into Houthi-held areas and some flights operating from Sanaa airport, the UN envoy said on Friday.

The UN-brokered deal between a Saudi-led coalition and the Houthi group aligned with Iran is the most significant step yet towards ending a conflict that has killed tens of thousands and pushed millions into hunger. The last coordinated cessation of hostilities nationwide was during peace talks in 2016.

UN special envoy Hans Grundberg said the two-month truce would come into effect on Saturday at 7 pm local time (1600 GMT) and could be renewed with consent of the parties. Saturday marks the start of the Muslim holy month of Ramadan.

"The aim of this Truce is to give Yemenis a necessary break from violence, relief from the humanitarian suffering and most importantly hope that an end to this conflict is possible," Grundberg said in a statement, adding he would press for a permanent ceasefire.

Yemen's economy and basic services including health have collapsed, leaving 80 percent of the population of around 30 million reliant on aid.

UN Secretary-General Antonio Guterres said the truce "must be a first step to ending Yemen’s devastating war", urging the parties to build on the opportunity to "resume an inclusive and comprehensive Yemeni political process".

The deal stipulates halting offensive military operations, including cross-border attacks, and allowing fuel ships to enter Houthi-held Hodeidah port and commercial flights in and out of the airport in the capital, Sanaa, "to predetermined destinations in the region".

Grundberg said the parties agreed to discuss opening roads in Taiz, effectively under siege, and other Yemeni regions.

The UN and US envoys had been trying since last year to engineer a permanent truce needed to revive stalled political negotiations. The Houthis wanted the coalition blockade lifted first, while the alliance sought a simultaneous deal.

The Yemeni government, which the Houthis ousted from Sanaa in late 2014, said earlier it would facilitate arrangements for release of prisoners, opening Sanaa airport and allowing fuel vessels into Hodeidah. 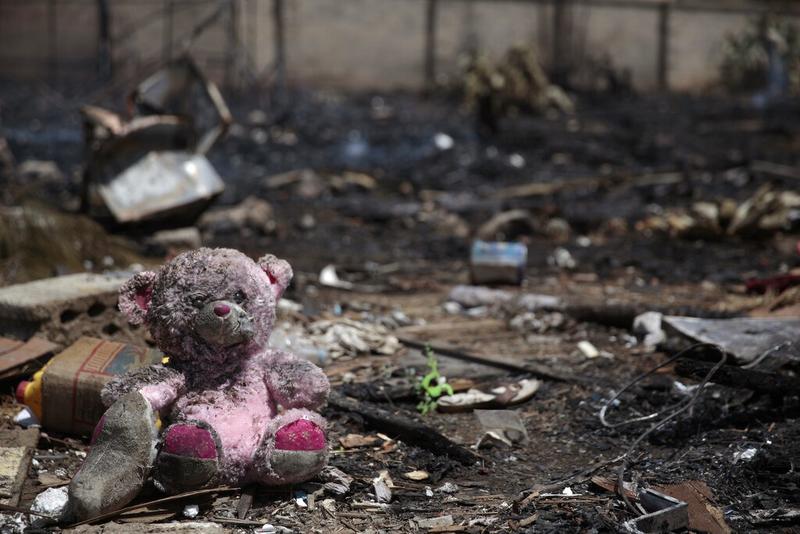 A doll is seen at a site of Saudi-led airstrikes targeting two houses in Sanaa, Yemen, March 26, 2022. (HANI MOHAMMED / AP)

A copy of the truce deal seen by Reuters, and reported by Houthi-run Al Masirah TV, said 18 fuel vessels would be given access during the truce period and two flights a week would be operated from Sanaa to Jordan and Egypt.

The Saudi-led coalition also welcomed on Friday the truce in Yemen saying it supports the UN efforts and arrangements to keep the deal, Saudi state TV reported.

The Saudi-led coalition, which intervened in March 2015 against the Houthis, controls Yemen's seas and air space.

The parties are also discussing a prisoner swap under which hundreds from both sides would be freed, including 16 Saudis, three Sudanese and a brother of Yemen's president.

The last major prisoner swap, involving around 1,000 detainees, took place in 2020 as part of confidence-building steps agreed at the last peace talks held in December 2018.