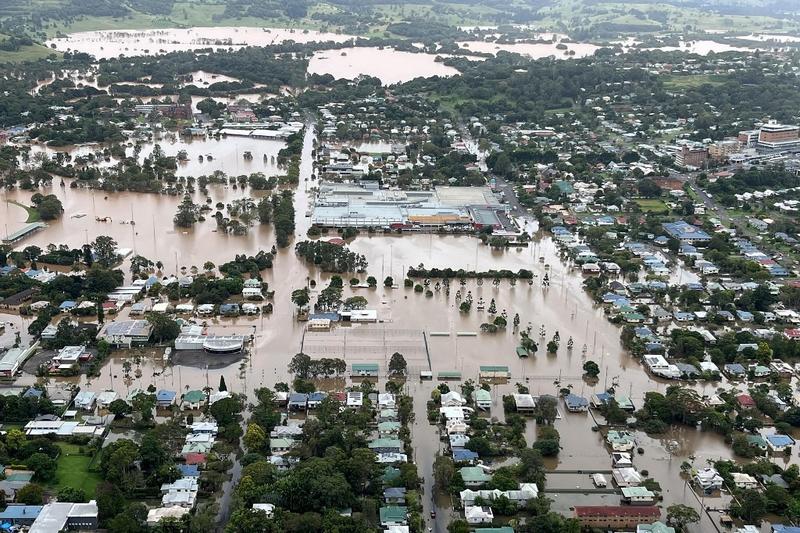 SYDNEY - The entire coast of Australia's most populous state was told to brace for high waves and powerful winds on Thursday as a low pressure system that left entire towns flooded moved offshore.

The change brought a reprieve for large swathes of northern New South Wales - flooded this week for the second time in a month - but it spreads the risk across some 2,000 km of coastline including the country's biggest city, Sydney.

There were still 20 evacuation orders affecting some 30,000 people, but the deluge had eased, Bureau of Meteorology senior forecaster Dean Narramore told reporters. The Wilsons River which runs through regional centre Lismore, among the worst affected by flooding, had peaked at 11.4 meters, lower than the 12 meters that authorities had feared.

"The main concern will be abnormally high tides and also coastal erosion ... and also inundation of low-lying areas, particularly for properties right on the beach."

Two years since the worst bushfires in a generation, Australia's densely populated east coast has been grappling with record floods as a protracted La Nina weather pattern brings abnormally high rainfall and wind, causing rivers to overflow and leaving thousands of homes uninhabitable.

Near Lismore, the popular tourism hub of Byron Bay, 750 kilometers north of Sydney, had its main street underwater for the first time in decades. Sydney itself has clocked its wettest March and sixth-wettest month overall since records began in 1859, weather experts say.

So far, two people have been confirmed as having died in the current weather pattern, while the police say they are searching for a third person, a woman, believed to be missing in floodwaters at Lismore.

"We are now regrouping as we look towards the recovery efforts with waters starting to recede," New South Wales Emergency Services Minister Steph Cooke told reporters.

"This weather system will (now) make its way down the east coast and we will see other communities impacted."