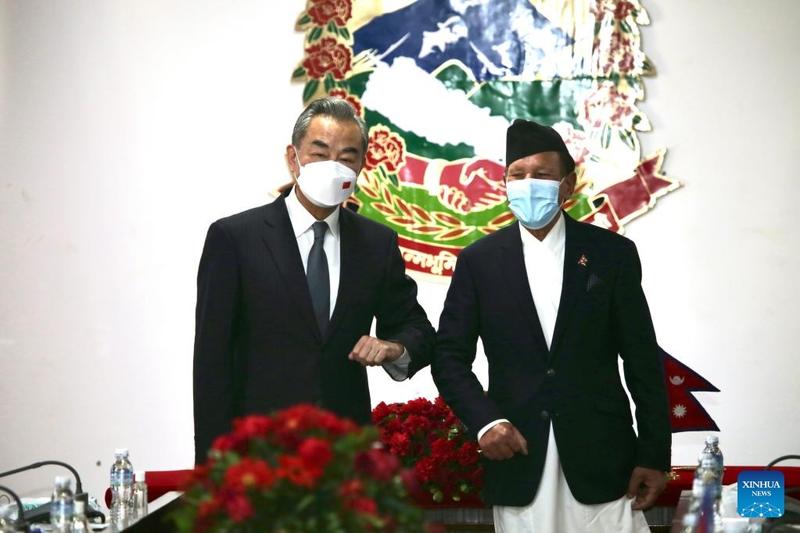 The traditional friendship and mutually beneficial win-win cooperation between China and Nepal will not change and will be immune to interference from external forces, officials and observers said, after State Councilor and Foreign Minister Wang Yi chose Kathmandu as the last stop on his trip to South Asia.

The two sides agreed that deepening practical cooperation not only serves the needs of both countries, but will also inject strong impetus into regional development and prosperity.

When meeting with Khadka, Wang reaffirmed that China supports Nepal in finding a development path suited to its national conditions and pursuing independent domestic and foreign policies.

China supports Nepal in greater participation in the Belt and Road Initiative and is willing to push forward key cooperation projects between the two sides, he added.

Wang called for the two sides to ensure the smooth running of land ports between the two countries, explore cross-border cooperation in electricity, and expand channels for economic and people-to-people exchanges.

Wang highlighted the building of the Trans-Himalayan Multi-Dimensional Connectivity Network to ensure a bond of friendly cooperation between the two countries.

China is ready to assist Nepal in taking advantage of its human resources, geographical location and environment. Nepal can also benefit from opportunities brought by China's development to speed up its own growth and revitalization, Wang said.

China is ready to assist Nepal in taking advantage of its human resources, geographical location and environment. Nepal can also benefit from opportunities brought by China's development to speed up its own growth and revitalization, Foreign Minister Wang Yi said

He reaffirmed that Nepal firmly adheres to the one-China policy and supports China in safeguarding its core interests, adding that Nepal would never allow any force to use its territory to harm China.

Deuba, Nepal's prime minister, thanked China for providing strong support for his country's economic and social development over the years.

He said Nepal supports and will actively join in the Global Development Initiative proposed by China.

Wang arrived in Kathmandu on Friday after a trip to India. His visit is the first high-level engagement between the two countries since Nepal approved a $500 million grant last month for infrastructure aid from the Millennium Corporation Challenge, a United States foreign aid agency.

Approval of the compact sparked protests, with some experts in Nepal believing that accepting the MCC will be detrimental to Nepal's security and sovereignty. 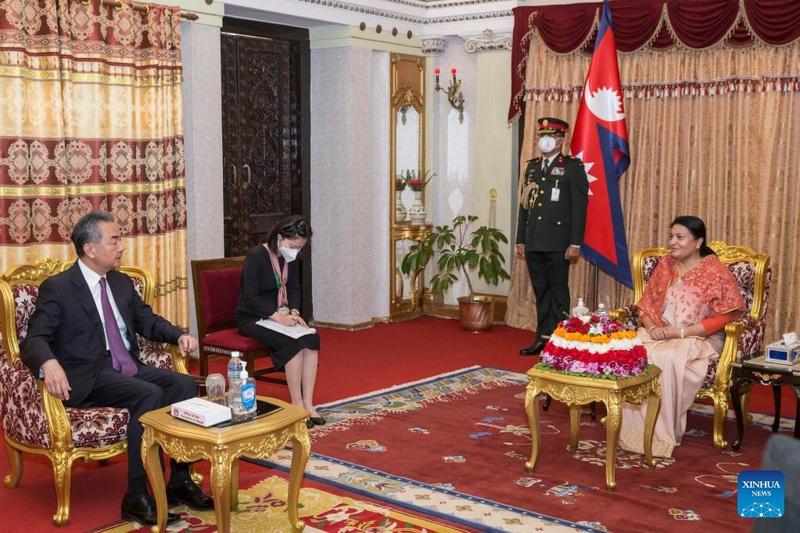 The MCC compact is part of Washington's "Indo-Pacific Strategy" to target China, said Wang Shida, deputy director of the Institute for South Asian Studies at the China Institutes of Contemporary International Relations.

ALSO READ: China to push for continued advancement of ties with Nepal

"Washington warned that if Nepal rejects the grant, it will 'review relations' with Kathmandu," he said. "It is typical coercive diplomacy," he added.

Cui Shoujun, a professor at Renmin University of China's School of International Relations, said US attempts to use the Millennium Corporation Challenge as a counterweight to the Belt and Road Initiative and drive a wedge between China and Nepal will not work

However, the 12-point declaration that the Nepali Cabinet attached to the MCC compact shows Nepal's political parties and the people have shared interests in pursuing independence and growing their economy, Wang said, adding that the country remains unchanged in terms of developing friendly relations with China.

Cui Shoujun, a professor at Renmin University of China's School of International Relations, said US attempts to use the MCC as a counterweight to the BRI and drive a wedge between China and Nepal will not work.

China always respects Nepal's sovereignty and independence and its relations with Nepal are a demonstration of China's practice of good-neighborly diplomacy, he said.

On Saturday, the foreign ministers of both sides witnessed the joint signing of a series of cooperation documents. On the same day, Wang and Deuba attended via video link the celebration ceremony for the completion of Pokhara International Airport. The airport is China's largest aid project in Nepal and a key Belt and Road cooperation project between the two countries.

Cui said China should be given credit for championing development and multilateralism amid the pandemic and added that the BRI and Global Development Initiative both embody China's efforts to safeguard the shared interests of developing countries.