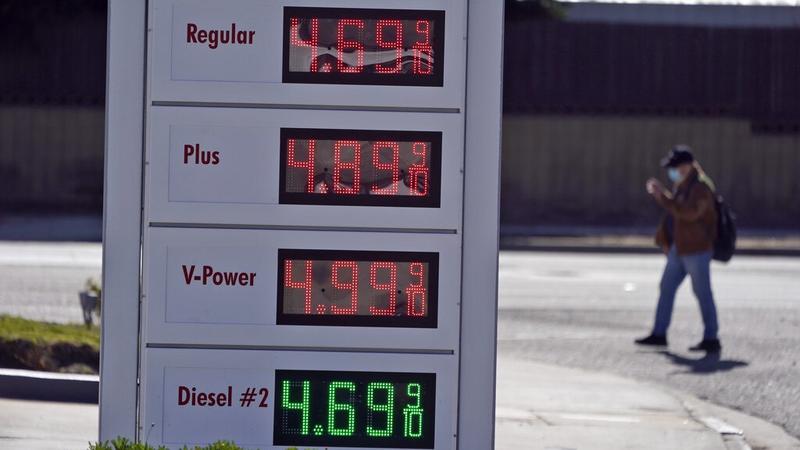 NEW YORK - Oil prices finished higher on Thursday with both the US crude benchmark and Brent exceeding $100 a barrel in intraday trading, as traders assessed geopolitical tensions over Ukraine.

Both crude benchmarks hit their highest intraday level since 2014.

The oil rally came as the tensions between Russia and Ukraine have escalated into a military conflict overnight.

Russian President Vladimir Putin authorized on Thursday "a special military operation" in Donbass, and Ukraine confirmed that military targets across the country were under attack. 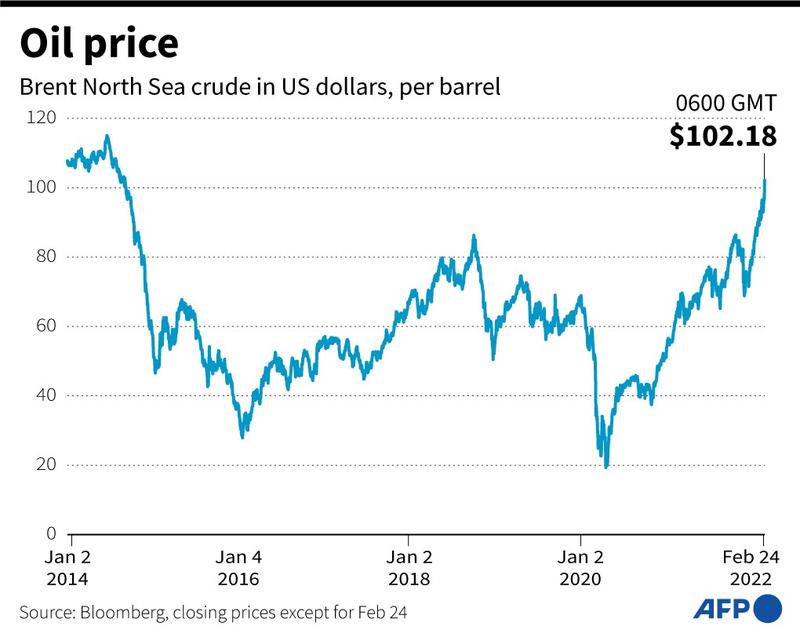 This AFP graphic dated Feb 24, 2022 shows the changes in the price of Brent North Sea crude oil in US dollars since 2014.

US crude oil stockpiles increased by 4.5 million barrels during the week ending Feb 18, the Energy Information Administration (EIA) reported on Thursday. Analysts surveyed by S&P Global Platts had forecast the US crude inventories to show a fall of 0.3 million barrels.

According to the EIA, total motor gasoline inventories and distillate fuel inventories both decreased by 0.6 million barrels last week.