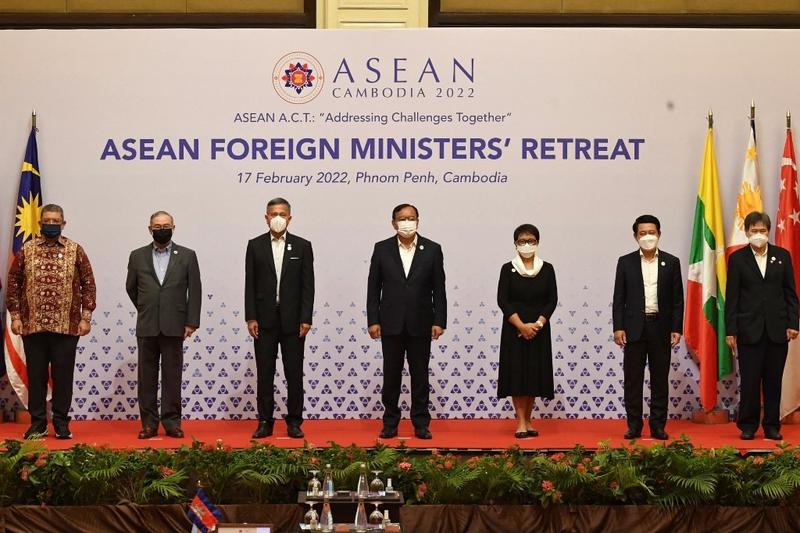 PHNOM PENH - The ASEAN foreign ministers' meeting (AMM Retreat) kicked off on Thursday in a hybrid format to discuss issues, such as the COVID-19 pandemic, inclusive economic recovery, and relations with dialogue partners.

"Vietnam's FM is attending online from his room. We made proper health and medical arrangements for him," he said in a text message sent to the media by telegram.

It is the first in-person ASEAN foreign ministers' meeting after an over-a-year hiatus caused by the COVID-19 pandemic.

According to the Cambodian foreign ministry, the meeting would exchange views on how to further strengthen external relations with dialogue partners while maintaining and promoting ASEAN centrality, solidarity and unity.

The ministers would also discuss ways and means to collectively endeavor to build a more resilient, dynamic, peaceful and prosperous ASEAN community, the ministry said, adding that regional and international issues of common interest and concern would also be discussed in the meeting.

It added that Sokhonn will brief his counterparts on key deliverables to be achieved during Cambodia's ASEAN chairmanship in responding to the strategic challenges facing the region, including effective control of the COVID-19 pandemic and inclusive recovery process, geo-political rivalries, and existing traditional and non-traditional issues, among others.