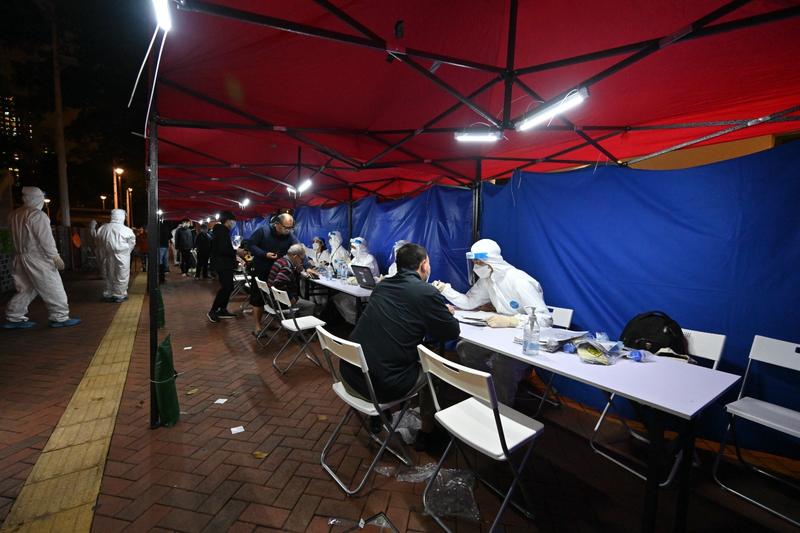 Ha Kwai House, Kwai Chung Estate was cordoned off at 7 pm Monday, where the residents were required to stay in their premises and undergo compulsory testing, according to a government press release issued Tuesday morning.

As at 12am today, around 525 residents had undergone testing, among whom five people tested preliminarily positive for the novel coronavirus. Government staff visited around 760 households, among which around 95 households did not answer the door.

Fu Tak House, Tai Wo Hau Estate was locked down at 7:30 pm, where 1,695 residents had undergone testing by 1 am Tuesday. One case tested preliminarily positive, the release added.

Officials visited around 685 households, among which around 30 households did not answer the door.

Hing Fung Building, at 169-171 Pei Ho Street in Sham Shui Po, was declared a restricted area at 7 pm on Monday. By 12 am Tuesday, around 80 residents had undergone testing. No cases tested positive were found.

The government officials visited around 50 households, among which around 10 households did not answer the door. Those may include some households undergoing quarantine or isolation. Some units are possibly vacant as well.