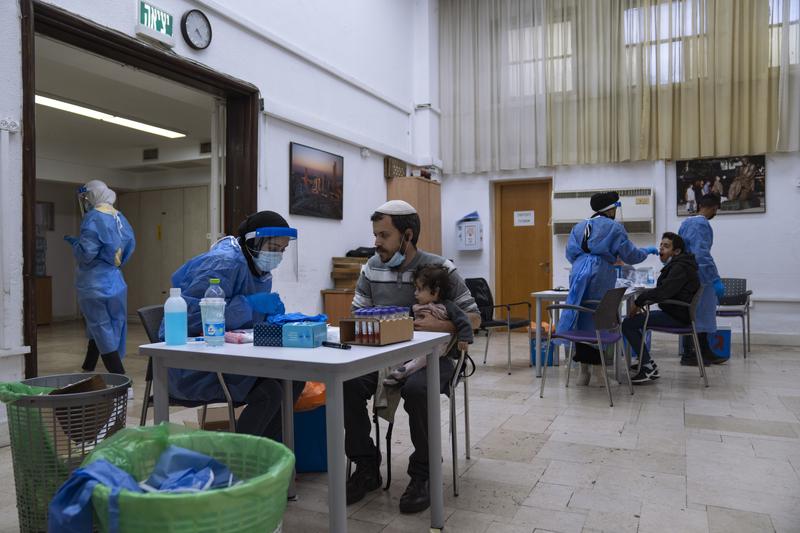 Israelis are tested for the coronavirus by healthcare workers at a COVID-19 testing center in Ramat Gan, Israel, Jan 2, 2022. (ODED BALILTY / AP)

SEOUL / COLOMBO / JERUSALEM / SUVA / ANKARA / SINGAPORE / BAGHDAD / TOKYO / NEW DELHI / WELLINGTON / TASHKENT - An Israeli government advisory panel has recommended offering a fourth COVID-19 vaccine dose to all adults, on condition that at least five months have passed since they received the third or recovered from the illness, the Health Ministry said on Tuesday.

Implementation of the measure, which would significantly expand eligibility now limited to the over-60s and other high-risk groups, is subject to approval by the ministry's director-general.

It was not immediately clear when that might happen. 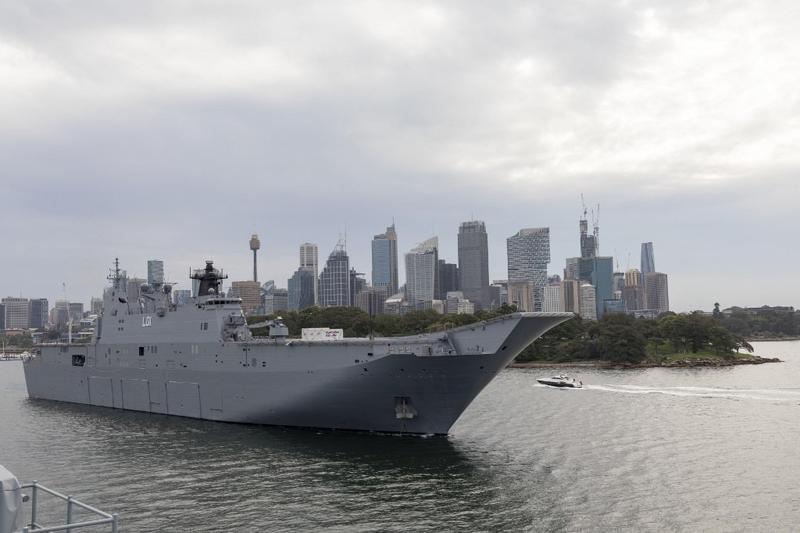 This handout photo taken and released by the Royal Australian Navy and the Australian Defense Force on Jan 18, 2022, shows HMAS Adelaide in Sydney pre-positioning to Brisbane to provide additional humanitarian assistance and disaster relief (HADR) if requested from the Tonga Government, after the eruption of the Hunga-Tonga - Hunga-Haa'pai volcano on Jan 15. (SUSAN MOSSOP / AUSTRALIA DEFENSE FORCE / AFP)

About two dozen cases of COVID-19 have been recorded among the crew of an Australian warship expected to arrive in coronavirus-free Tonga on Wednesday to deliver humanitarian aid, Australian authorities said on Tuesday.

Tonga, hit by a massive volcanic eruption and a tsunami on Jan 15, has asked for aid to be delivered without human contact amid concerns a COVID-19 outbreak would be devastating for the tiny Pacific island nation.

The ship, with a crew of about 600, left Brisbane on Friday carrying large quantities of humanitarian aid and medical supplies, helicopters and water purification equipment, as well as an Australian Army engineer contingent.

The ship is due to arrive in Tonga early on Wednesday, the department of defense said.

All crew had been vaccinated and the 23 positive COVID cases were showing no or mild symptoms, it said.

India's COVID-19 tally rose to 39,799,202 on Tuesday, as 255,874 new cases were registered during the past 24 hours across the country, showed the federal health ministry's latest data.

This is the first time after five consecutive days when less than 300,000 new cases were registered in a day across India.

Besides, 614 deaths are reported due to the pandemic since Monday morning, taking the total death toll to 490,462.

The Iraqi Ministry of Health approved on Monday a third COVID-19 vaccine dose for people over 18 years old, while reporting 5,756 new COVID-19 cases across the country.

The decision aims "to increase the immunity of recipients of vaccines and protect them from the mutations of the virus, including Omicron," said Sayf al-Badr, the spokesman of the ministry.

It also registered 13 new deaths, bringing the death toll from the virus to 24,300. 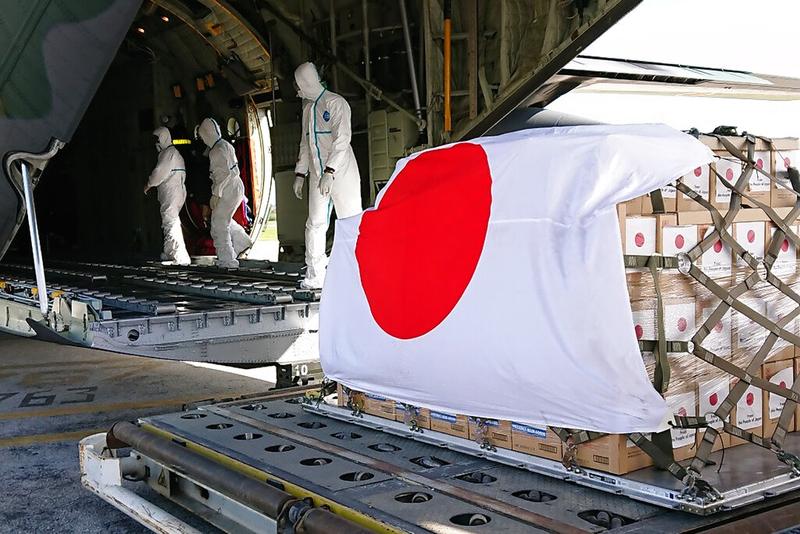 The government is poised to expand infection control measures to try to contain the spread of the Omicron variant.

According to Japan's Defense Ministry, a member of the Air Self-Defense Force (ASDF) tested positive for the virus after spiking a fever on Monday and taking an antigen test.

The ASDF member belongs to a unit currently based in Australia and took the test there, NHK quoted Japan's Defense Ministry as saying.

As a result, the infected individual is now in quarantine along with 21 other SDF personnel who are suspected of having close contact with the individual.

The ministry said that the infected member, along with all the other personnel dispatched to provide assistance to the disaster-stricken Pacific islands nation, all took polymerase chain reaction (PCR) tests before they departed from Japan.

New Zealand reported 25 new COVID-19 cases in the community on Tuesday, including 10 Omicron cases, bringing the total tally in the country's current community outbreak to 11,541.

Among the 10 Omicron cases, one is a household contact of a previously reported case in Nelson Tasman and was already isolating when tested positive, and one reported in Palmerston North is in the same situation.

Two cases reported in Tauranga are in the same household and are isolating at home. Case investigations are underway but, at this stage, there are a limited number of exposure events associated with these cases, according to the Ministry of Health.

Among the 25 new infections reported on Tuesday, 18 were recorded in the largest city of Auckland, two in Bay of Plenty, two in the Lakes region, one in Northland, one in the MidCentral region, and one in Nelson, according to the ministry

Samoa extended on Monday its nationwide lockdown by 72 hours after five new COVID-19 positive cases were reported in the Pacific island country.

According to a report by the newspaper Samoa Observer, Samoan Prime Minister Fiame Naomi Mata'afa announced the five new cases in a national address, saying the infections were detected in the frontline workers who were monitoring 10 air passengers testing positive for COVID-19 on Wednesday last week.

The 10 people earlier found to be infected were among 73 returning residents on board a charter flight arriving from Brisbane, Australia.

The extended lockdown in Samoa will run from 6 pm on Monday to 6 pm local time on Thursday.

Of the new cases, 1,365 cases were detected through PCR (polymerase chain reaction) tests and 1,637 through antigen rapid test (ART), according to statistics released by the Ministry of Health. 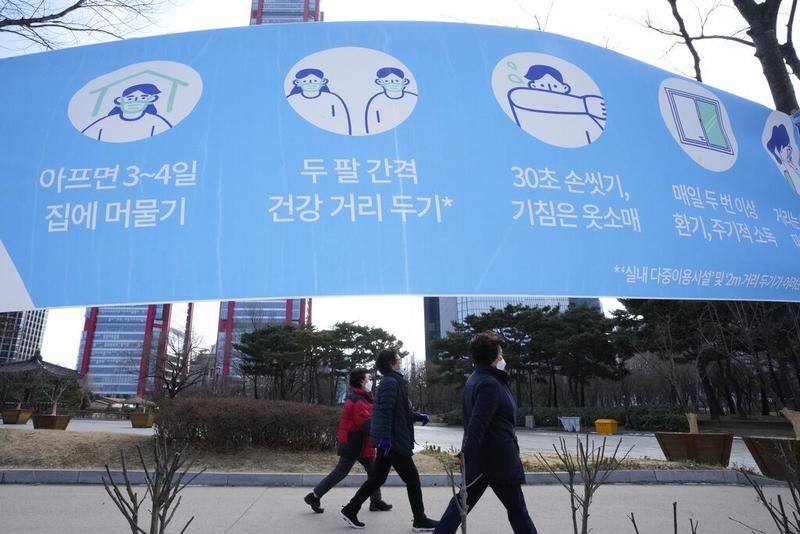 People wearing face masks pass by a banner reminding precautions against the coronavirus at a park in Seoul, South Korea on Jan 24, 2022. (AHN YOUNG-JOON / AP)

The Korea Disease Control and Prevention Agency reported 8,571 cases for Monday, exceeding the previous high posted in mid-December of 7,848.

The new record came amid the spread of the more transmissible Omicron variant which became dominant last week.

Sri Lanka's Health Ministry said on Monday it is looking into the possibility of proceeding with legal action against those who do not take booster dose of COVID-19 vaccine.

Anver Hamdani, director of Medical Technological Services and ministry coordinator in charge of COVID-19 at the Health Ministry, told reporters that the health minister had sought the advice of the attorney general in this regard. 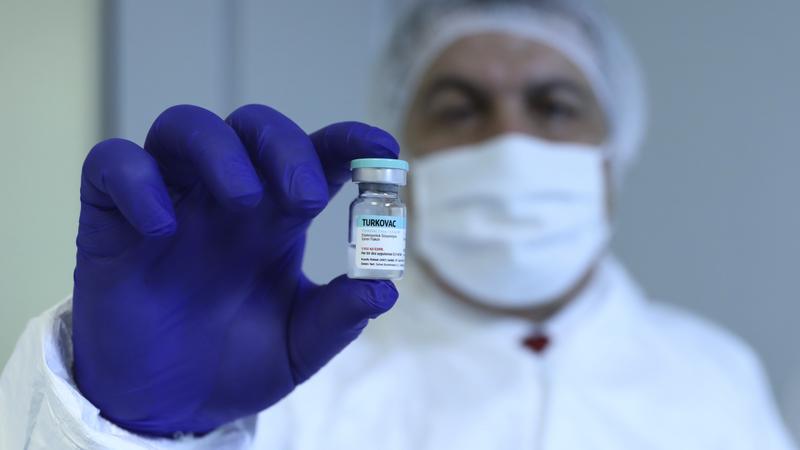 Turkey initiated a study on Monday to see if its local inactivated COVID-19 vaccine may be used as a third dose booster for those who have already received two doses of the mRNA vaccine.

According to the state-run TRT broadcaster, a one-dose Turkovac vaccine will be administered to those who have already had two doses of Pfizer-BioNTech vaccines, and the patient's antibody response will be monitored.

The study will first be carried out in the capital's Ankara City Hospital.

Turkey began rolling out its first locally manufactured Turkovac vaccine on Dec 30, while continuing the phase-three trials of the vaccine in vaccination centers.

Uzbekistan has decided to cancel the mandatory COVID-19 rapid test for all visitors upon arrival from Tuesday, according to the Uzbek Health Ministry.

"If visitors have a negative result of the PCR test for coronavirus infection taken within 48 hours, no express test is needed," said the country's special commission on COVID-19.

Earlier this month, Uzbekistan was tightening pandemic restrictions as the first case of the Omicron variant of the COVID-19 virus was confirmed in the country.

Starting from Jan 15, all visitors to Uzbekistan were required to pass a rapid test at airports, train stations and border checkpoints in spite of their PCR test results.