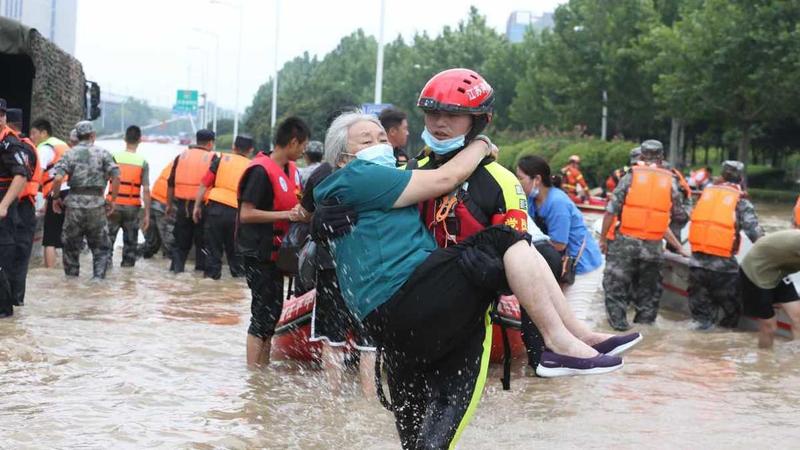 BEIJING - The former Party chief of Henan's Zhengzhou was demoted and given disciplinary punishment after an investigation found that he failed his duties in dealing with a deadly flood last summer.

READ MORE: Zhengzhou gets over flood, but Xinxiang faces troubles

An investigation conducted by a team under the State Council determined that Xu Liyi had failed to effectively implement the decisions of the CPC Central Committee and the State Council. Xu also failed to demonstrate the understanding, vigilance and precaution required to handle the risks posed by July's torrential rains.

Police also detained eight people for suspected criminal offenses in the disaster and will pursue charges against them, according to the report released on Friday.

Torrential rains hit Central China's Henan province from July 17 to 23 last year and affected over 14.79 million people in 150 county-level areas. A total of 398 people died or went missing due to the disaster and 95.5 percent of them were from the capital city Zhengzhou.

The disaster has caused direct economic losses of 120.06 billion yuan (about $18.91 billion) in the province, with 34.1 percent of the total reported in Zhengzhou.

Although the disaster was triggered by extreme weather, many problems and deficiencies were exposed, the investigation found.

Shortcomings in the local emergency-management system, including disaster prevention, mitigation and relief, have been exposed and the lessons have been profound, the team said.

The weaknesses also exist to varying degrees in many parts of the country, it noted, urging close attention and solid deeds to rectify them.