Editor’s note: This is the second part in a series of China Daily interviews with the heads of consular missions based in Guangzhou, notably from the Association of Southeast Asian Nations. The envoys discuss ways to deepen cooperation in various fields between their countries and the Guangdong-Hong Kong-Macao Greater Bay Area. 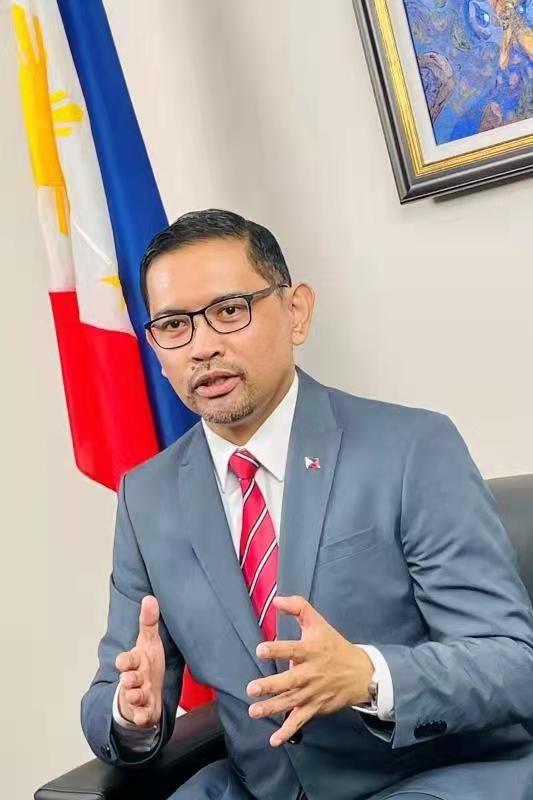 As the Philippines strives to boost national development through science and technology and sharpen its competitive edge in tourism, the Guangdong-Hong Kong-Macao Greater Bay Area comes as an important partner, given its technological advantages and massive consumer market, says Marshall Louis M. Alferez, consul general of the Philippines  in Guangzhou.

We have a good number of Filipino companies that are active and have investments in the Greater Bay Area ... Our food conglomerates are here. Our national air carriers are also active here ... We also have around 250,000 Filipino professionals and service workers in Guangdong, Hong Kong and Macao. They are world-class and can help contribute to the economic prosperity of the region.

“We have a good number of Filipino companies that are active and have investments in the Greater Bay Area ... Our food conglomerates are here. Our national air carriers are also active here ... We also have around 250,000 Filipino professionals and service workers in Guangdong, Hong Kong and Macao. They are world-class and can help contribute to the economic prosperity of the region,” Alferez told China Daily in an interview.

Alferez said the efforts by governments in the 11-city cluster to enhance connectivity and harmonize policies and regulations within the region are of great significance as it will make it easier for Filipino firms to tap into the Chinese market and create a favorable environment for smoother movement of trade, investment and talent between the Philippines and China.

However, the scope of cooperation between his country and the Greater Bay Area is far wider than trade and investment, he stressed.

The Philippines has been ramping up efforts to improve its technology and innovation ecosystem to foster higher quality and more sustainable economic growth. The drive has become even more significant amid the COVID-19 pandemic as the adoption of high-tech is crucial to effectively containing the coronavirus and hastening the country’s recovery from the public health crisis. It also plays an important role in helping the Philippines meet its carbon emissions reduction target.

The Greater Bay Area has much to offer in terms of technology transfer, he said. “There is much to learn from southern China’s advances in technology, particularly in new-energy vehicles, in artificial intelligence, in big data, computing and advanced manufacturing.”

Alferez identified tourism as another area with plenty of room for cooperation, given the Greater Bay Area’s massive consumer market of over 86 million people. 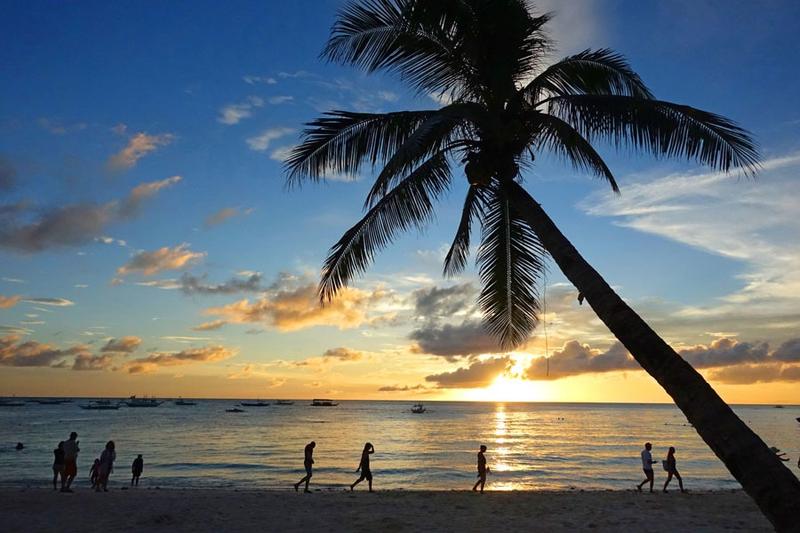 People stroll along a beach on Boracay Island in the Philippines. (PHOTO PROVIDED TO CHINA DAILY)

China was the second-largest source of visitors to the Philippines with more than 1.6 million tourist arrivals from January to November in 2019, before the pandemic brought international travel to a near standstill in early 2020, according to the Philippine Department of Tourism. For the Philippine consulate general in Guangzhou alone, more than 153,000 visas were issued in 2019.

The diplomat said he is prioritizing three “I”s as his work progresses over the next few years. The first is to “increase” awareness of tourism. “We have begun using social media to promote tourism. We have launched events to allow our Chinese friends to participate in promotional activities in which they can learn about Filipino culture, and they all do it online. We have also developed a new online system for visa application that makes it easier for our Chinese friends to apply for Filipino visas.” 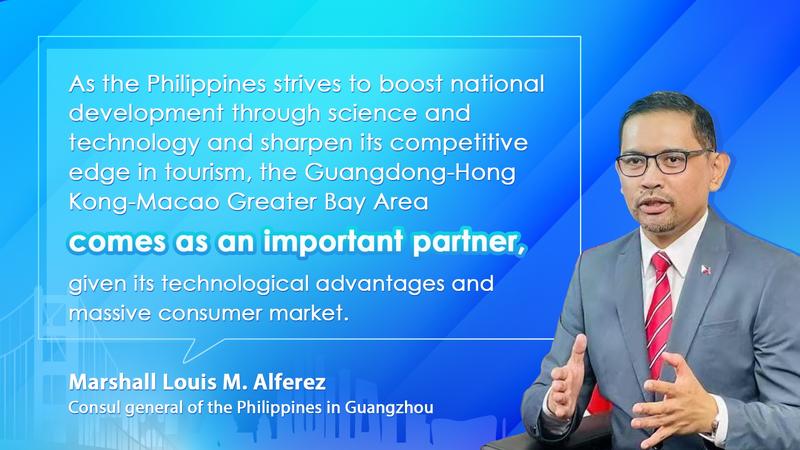 The second “I” is to “identify” more beneficial trade and investment opportunities, and the third is to “improve” understanding between Filipino and Chinese peoples through cultural and educational exchanges and by fostering more sister city and sister province arrangements.

“We are quite optimistic there will be an upward trajectory of engagement between both sides in the medium term as we recover from the pandemic. The Philippines is still the best choice,” he said. 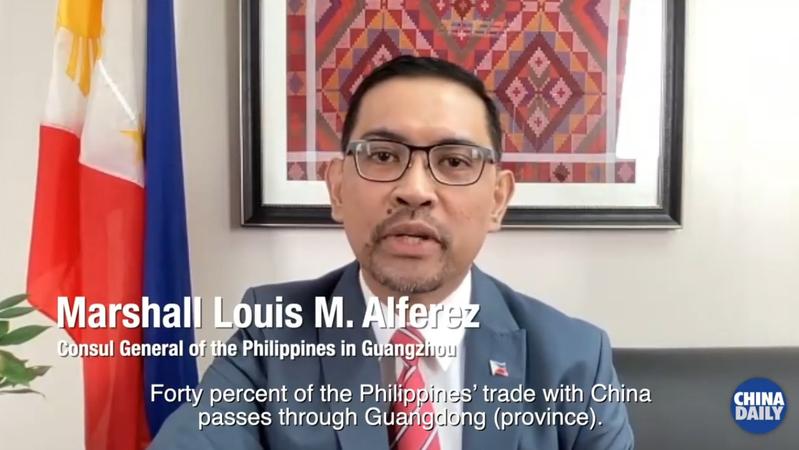 Describing the 15-member-nation Regional Comprehensive Economic Partnership as a “game changer” for the Philippines, Alferez said joining the world’s largest free-trade agreement will translate into an additional 1 percent in the country’s GDP growth and will likely reduce poverty by roughly 5 percent by 2030, citing economic studies.

ALSO READ: The Lion City roars for cooperation with GBA

A major benefit of the RCEP to the Philippines is that “it will keep us in the regional and the global supply chain”, enabling its small and medium-sized enterprises to enjoy more trade facilitation policies and enhance their global competitiveness, he said, adding that the RCEP free-trade agreement accounts for 51 percent of the nation’s exports, around 68 percent of its imports and 58 percent of its foreign direct investment.

The Philippines has yet to ratify the RCEP, which came into effect on Jan 1. “Given the strong support from our policymakers, the business community and academia, I think we can expect our Senate to finally provide the concurrence to complete the process of ratification in the first quarter of this year, hopefully, before the upcoming national elections in May,” he said.