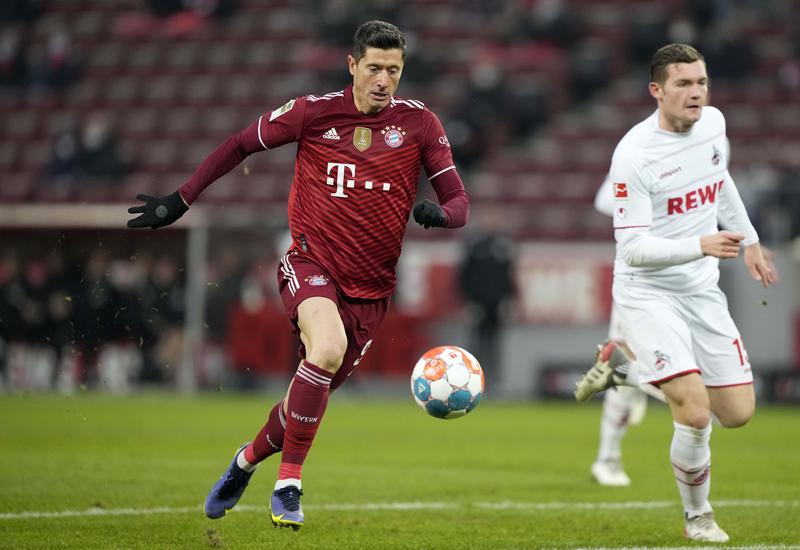 LONDON - Bayern Munich striker Robert Lewandowski was crowned The Best FIFA Men's Player of Year 2021 on Monday, winning the award for the second year in succession.

The Best FIFA Football Awards 2021 ceremony was held as a virtual TV show from the Home of FIFA in Zurich, Switzerland.

Robert Lewandowski, 33, won the most points from coaches, captains as well as media representatives, taking the reward ahead of second-placed Lionel Messi and third-placed Mohamed Salah

Lewandowski, 33, won the most points from coaches, captains as well as media representatives, taking the reward ahead of second-placed Lionel Messi and third-placed Mohamed Salah.

"I think my performances in the last couple of years have developed in the right direction. I'm always delighted to win individual accolades because they're also awards for my team," Lewandowski was quoted by the FIFA website.

Cristiano Ronaldo also brought home a reward as the 36-year-old received The Best FIFA Special Award for men's football with 115 goals in 184 appearances for Portugal.

"It was a dream. I never thought about beating that record, of scoring 115," said Ronaldo, who became the highest-scoring male in international football history with 115 goals.

"Even though I'm going to be 37 soon, I feel good, I feel motivated, I have been working hard since I was 18 years old and I continue to," said the Manchester United veteran. "I love the game. I still have that passion. I want to continue."