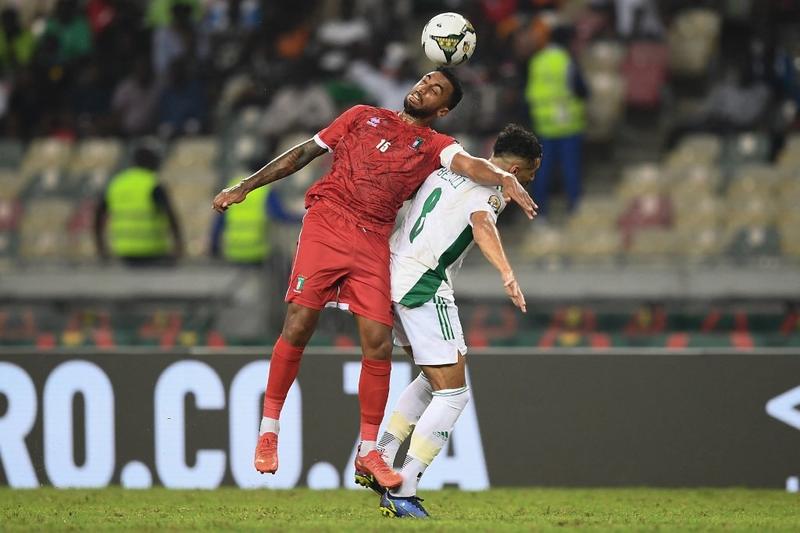 Equatorial Guinea led a string of upsets at the Africa Cup of Nations on Sunday when they beat holders Algeria, while Ivory Coast and Mali were both held by unfancied opponents.

Equatorial Guinea pulled off one of the biggest shocks ever seen at the tournament when they outclassed Algeria 1-0, ending a run of 35 unbeaten internationals and relegating the defending champions to last place in Group E.

Their heroics in Douala have shaken up the tournament where many of the heavyweight contenders have been caught off guard.

Defender Esteban Obiang scored from a corner in the 70th minute to keep up a day of upsets after debutants Gambia held Mali and Sierra Leone, were gifted a last gasp equaliser to draw 2-2 with a powerful Ivory Coast team

But few would have expected Algeria, unbeaten since October 2018, to go down to a country with a population of just 1.4-million.

Defender Esteban Obiang scored from a corner in the 70th minute to keep up a day of upsets after debutants Gambia held Mali and Sierra Leone, competing at the finals for the first time since 1996, were gifted a last gasp equaliser to draw 2-2 with a powerful Ivory Coast team.

Only Tunisia ensured some normality as they beat Mauritania 4-0 in Limbe to revive their hopes in Group F.

Algeria’s defeat leaves them needing a win over Ivory Coast in their last group match on Thursday to stand any chance of advancing to the last 16.

The Ivorians were earlier held to a draw when their goalkeeper Badara Ali Sangare bizarrely lost control of the ball and let it slip under his body and back towards goal, allowing Sierra Leone’s Alhaji Kamara to gleefully snap up the chance to force a 2-2 draw.

Sierra Leone had already made their mark after holding Algeria to a goalless draw in their opening game.

They twice went behind after Sebastien Haller and Nicolas Pepe scored for Ivory Coast but they kept looking for chances and were rewarded with some good fortune in the end.

Gambia also rode their luck as they were awarded a last minute penalty to draw 1-1 with Mali in Group F.

Both goals in the match were scored from spot kicks after the referee had consulted VAR. Mali went ahead in the 78th minute through Ibrahima Kone before Musa Barrow equalized after a fortuitous last-gasp handball call.

Gambia, competing at their first final, share top place in Group F with Mali on four points, one ahead of Tunisia.

Tunisia revived their chances and eliminated Mauritania, who join Zimbabwe as the teams heading home.

On Monday, Group A is decided with host Cameroon up against the Cape Verde Islands and Burkina Faso taking on Ethiopia.