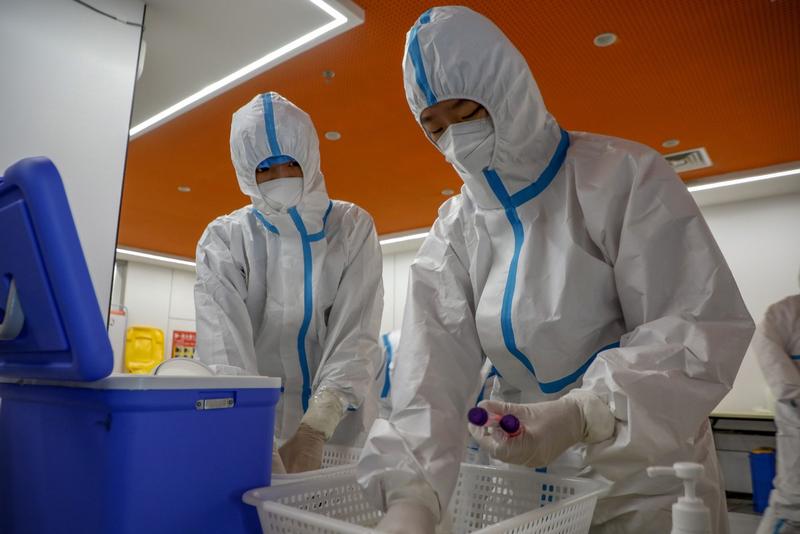 Will China's anti-COVID-19 approach continue to work in responding to the sporadic waves of infections related to the Omicron variant? This is of great concern given the fact that this new variant has proved to be highly contagious.

To date, imported cases related to the Omicron variant have been reported in 14 provinces and municipalities in the Chinese mainland. That is not surprising with the new variant rapidly becoming the major source of infections in the United States and an increasing number of countries in Europe and elsewhere.

The rapid rise in the number of new infections in the rest of the world and what has happened in the Chinese mainland in recent days verify the fact that it will be more difficult to cut off the spread of this variant of the virus.

Yet it does not mean the mainland's dynamic approach will not be able to stop the large-scale spread of the virus. The detection of the cases related to the variant suggests that the country's nucleic acid test is still sensitive to the variant although there might be an increasing number of asymptomatic cases, which increases the degree of complexity and difficulty of screening those who are infected.

The rocketing rise of infections in European countries and the US by no means suggest that China will suffer the same fate as their approaches in response to the pandemic have been different from that of China from the very beginning.

It is not that the governments in these countries failed to understand how detrimental the pandemic would be to the security of people's lives and the growth of their economies. They also wanted to adopt strict prevention and control measures as China has done. However, they do not have the institutional mechanisms to enable them to do so.

However difficult the battle will become against the much more contagious Omicron variant, the Chinese government will mobilize all social resources in concerted efforts wherever local cases are detected, along with careful epidemiological investigations to find out the source of infections while placing close contacts under medical observation.

China has accumulated experience in how local governments at all levels can effectively organize communities and various organizations to build a firewall against the large-scale spread of the virus.