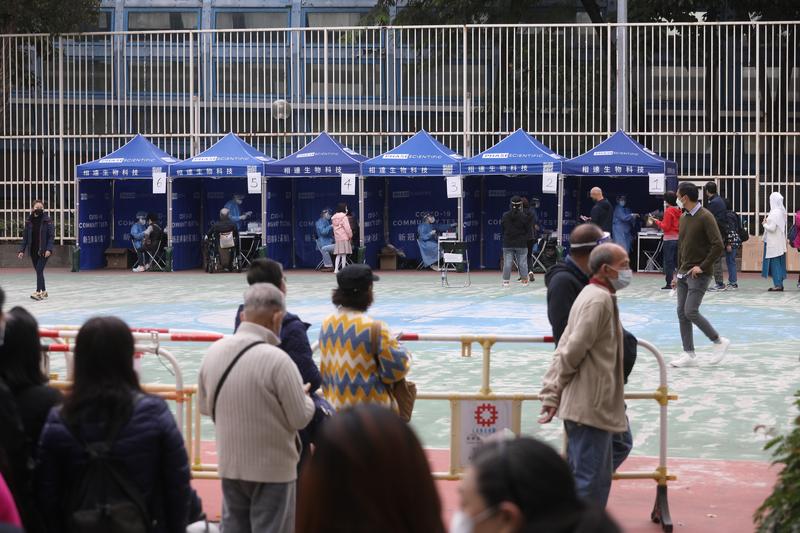 Four of the five new cases involved both the N501Y and T478K mutant strains, indicating that they might be Omicron infections, Chuang Shuk-kwan, head of the Centre for Health Protection’s communicable disease branch, said in a press briefing in the afternoon.

Two of the new infections were linked to previously confirmed cases, including a security guard who works at the government's Penny's Bay Quarantine Centre and a family member of an infected patient who lives at Maple Gardens in North Point.

The security guard, who tested preliminarily positive on Friday, prompted the government to set up a "restricted area" at the building she lives in for targeted testing. Around 1,110 residents were tested in the operation at Tower 4 at Bauhinia Garden but no more positive cases were detected.

The remaining three new cases reported on Saturday were imported.

The 41-year-old cleaner lives in Wang Sin House, Cheung Wang Estate in Tsing Yi and has received two doses of the BioNTech vaccine. Health authorities are still tracing her source of infection. The places where she had visited during the incubation period will be included in the compulsory testing notices. 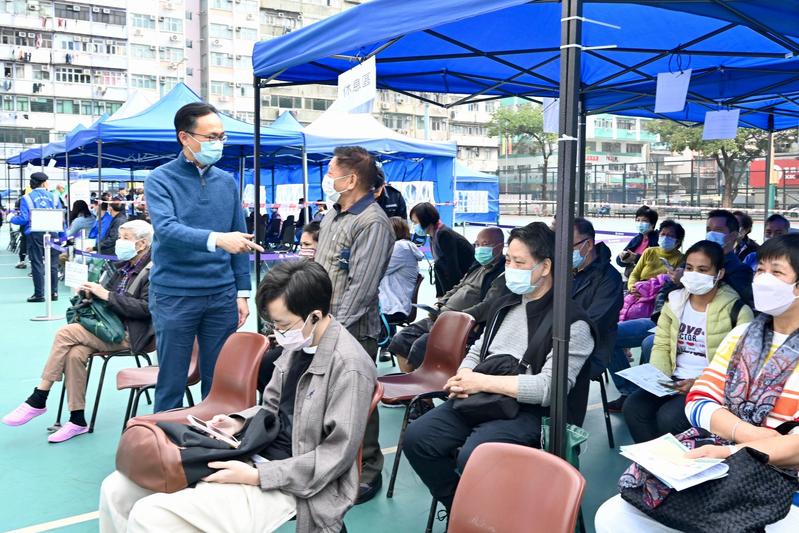 On Saturday morning, Secretary for the Civil Service Patrick Nip Tak-kuen said the government is planning to start vaccinating children aged 5 to 11 next week.

Young children could receive the Sinovac shots at three community vaccination centers as well as around 1,000 private clinics across the city, Nip said on a radio program.

In view of the rising infections among children, the government announced earlier this week the suspension of face-to-face classes until the end of the Chinese New Year holiday and expanding the citywide vaccination program to include those aged 5 to 11.

Children of this age group could also get their COVID-19 jabs at school by government outreach teams after the Chinese New Year holiday at the start of February.