US CDC urges people to wear 'most protective mask you can' 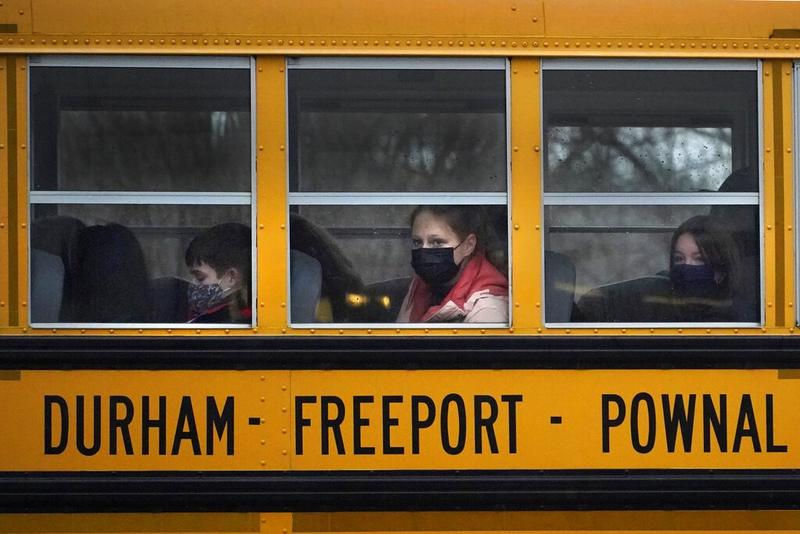 WASHINGTON / AMSTERDAM / MEXICO CITY / MADRID / MONTEVIDEO - The US Centers for Disease Control and Prevention (CDC) on Friday revised its guidance for Americans on wearing masks to protect against COVID-19, recommending donning "the most protective mask you can" while stopping short of advocating nationwide usage of N95 respirators.

The CDC clarified on its website "that people can choose respirators such as N95s and KN95s, including removing concerns related to supply shortages for N95s"

The CDC clarified on its website "that people can choose respirators such as N95s and KN95s, including removing concerns related to supply shortages for N95s."

Americans should "wear the most protective mask you can that fits well and that you will wear consistently," the CDC added.

The United States leads the world in COVID-19 deaths – roughly 850,000 – even as it battles a surge of cases involving the fast-spreading Omicron coronavirus variant. Complicating matters is the refusal of some Americans to get vaccinated.

President Joe Biden said on Thursday that the federal government plans to make "high-quality masks" available to Americans for free. In another step, the White House on Friday said the government will begin shipping 500 million COVID-19 tests to Americans later this month without charge.

The CDC said it wants to encourage Americans to wear masks rather than push them to wear the highest-grade face protection, but also explicitly said that respirators provide the best level of protection. It said that "loosely woven cloth products provide the least protection."

More Americans have been recently opting for higher-grade protection amid the surge in cases.

The United States is tallying about 1,800 COVID-19 deaths and 780,000 new infections daily – the most in the world – as well as record levels of hospitalized patients. 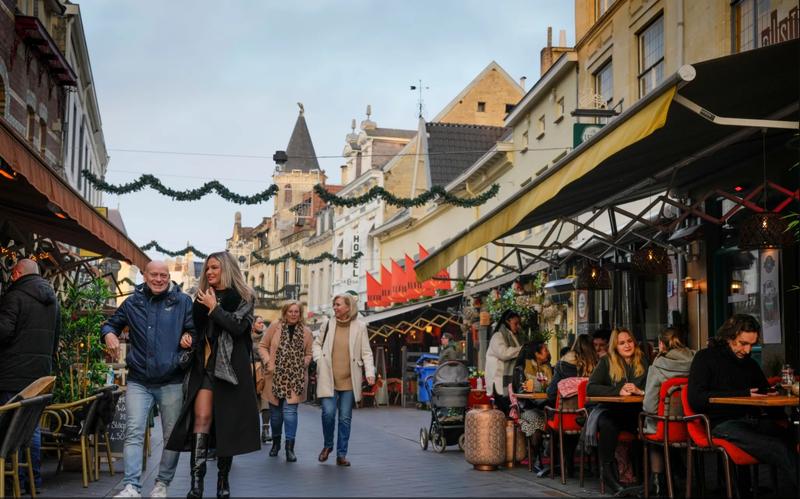 People enjoy the reopening of bars in Valkenburg, southern Netherlands, Jan 14, 2022, where shops, bars and restaurants opened in a protest action that underscored growing anger at weeks of coronavirus lockdown measures. (PETER DEJONG/AP)

Non-essential stores, hairdressers, beauty salons and other service providers will be allowed to reopen under strict conditions until 5 pm local time for the first time since mid-December

Non-essential stores, hairdressers, beauty salons and other service providers will be allowed to reopen under strict conditions until 5 pm local time for the first time since mid-December.

Rutte added that the uncertainties meant that bars, restaurants and cultural venues would have to remain closed until at least Jan 25.

Earlier on Friday restaurants in one Dutch city reopened on and others said they would open on Saturday regardless of government plans as popular support for the month-long lockdown evaporates despite the strain on hospitals and record new infections.

On Friday the Netherlands Institute for Health announced a record high of more than 35,000 infections in 24 hours. Infections have continued to rise despite the lockdown, which bans all public gatherings, with a record of more than 200,000 in the week through Jan 11.

More than 86 percent of Dutch adults are fully vaccinated and nearly 50 percent received a booster shot in a major campaign during the lockdown.

The previous record was set on Wednesday, when 44,187 new infections were recorded.

Mexican health regulator COFEPRIS said on Friday it had approved US pharmaceutical company Pfizer's antiviral oral treatment against COVID-19 for emergency use in adults with light or moderate risk of complications.

Paxlovid, which combines nirmatrelvir and ritonavir in a tablet, will require a prescription, it said in a statement.

The treatment was nearly 90 percent effective in preventing hospitalizations and deaths, and data suggested it retains its effectiveness against the Omicron variant, Pfizer has said.

The number of people who have tested positive for COVID-19 in Spain since the pandemic started in 2020 has reached 8 million, according to Health Ministry data on Friday.

The number of cases increased by 162,500 since Thursday.

Since November infections have climbed without interruption, turbo-charged by the Omicron variant's greater transmissibility and large swathes of the population mixing over Christmas, although hospital admissions remain well below those seen in earlier waves.

Uruguay has opened its borders to citizens and residents even if they are infected with COVID-19, a rare move amid surging cases worldwide, though passengers would need to travel in private vehicles across the border and be in a family "bubble".

The South American country's government said the move was in "solidarity" with Uruguayans and residents who were infected with the virus abroad.

"All Uruguayan travelers and resident foreigners who have got COVID-19 abroad may return to our country at any time," Uruguayan Health Minister Daniel Salinas said on his Twitter account on Friday.

With a population of 3.5 million people, the country, which borders Argentina and Brazil registered, a record of more than 10,000 daily infections on Thursday, according to official data. Around 77 percent of the population is fully vaccinated.

The condition for this entry is that infected people must do it in private vehicles in their "family bubble" and quarantine at home in compliance with current health measures.

"It is not good that Uruguayans have to stay abroad, even if they have taken a risk, we take care of them here," said Salinas.