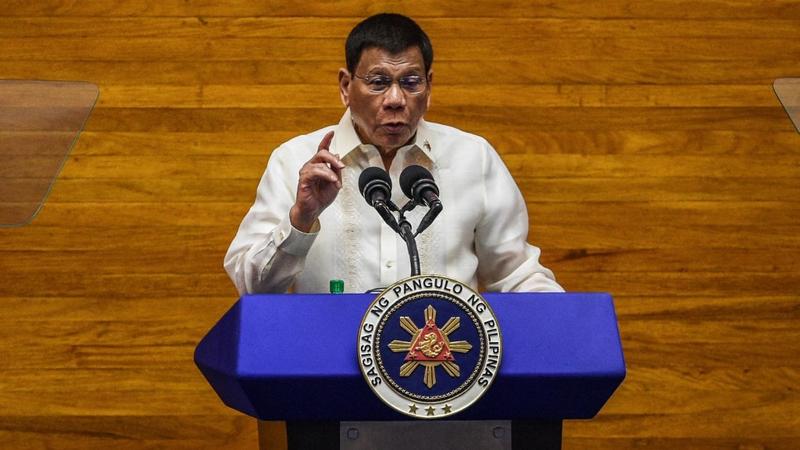 In this July 26, 2021 photo, Philippine President Rodrigo Duterte speaks during the annual state of the nation address at the House of Representatives in Manila. (JAM STA ROSA / POOL / AFP)

Duterte's six-year term will end in June, 2022, and he is banned by the constitution from seeking another term as president.

It was not immediately clear why President Rodrigo Duterte was dropping out of the senatorial race, but he had said in October he was retiring from politics

ALSO READ: Philippines' Duterte to run for Senate, not against daughter

It was not immediately clear why Duterte was dropping out of the senatorial race, but he had said in October he was retiring from politics. There was no immediate comment from his political party.

In a late night address on Monday, Duterte said his administration will "ensure an honest, peaceful, credible, and free elections" in 2022.

Earlier on Tuesday, Duterte's aide, Senator Christopher "Bong" Go, made official his decision to quit the presidential race after announcing last month he would no longer contest the country's top job.