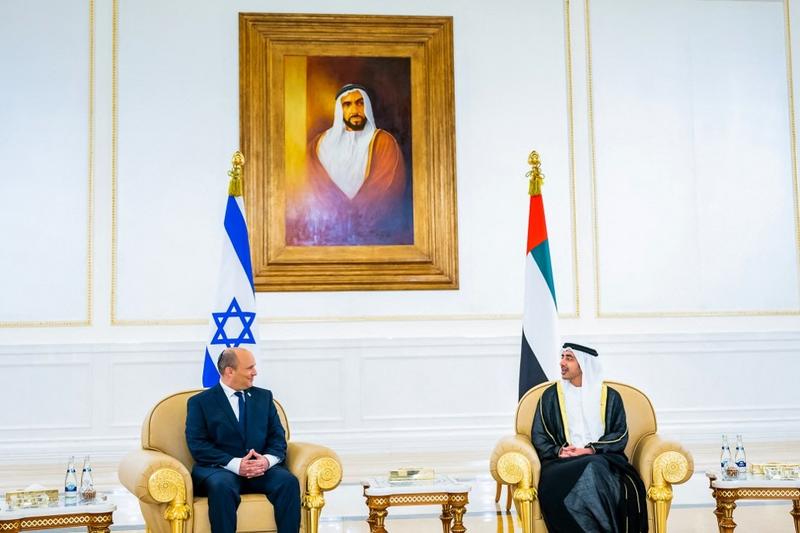 Foreign Minister of the United Arab Emirates Sheikh Abdullah bin Zayed (right) chats with Israeli Prime Minister Naftali Bennett after his arrival at the Presidential Terminal at Abu Dhabi International Airport on Dec 12, 2021. Bennett arrived in the UAE for the first official visit by a prime minister of the Jewish state, after the countries established diplomatic ties last year. (SAEED JUMOH / WAM / AFP)

ABU DHABI – Prime Minister Naftali Bennett began the first official visit by an Israeli leader to the United Arab Emirates on Sunday, seeking to strengthen Gulf ties at a time of heightened regional tension as world powers try to revive a nuclear deal with Iran.

The diplomatic outreach comes as world powers negotiate with Iran on salvaging a 2015 nuclear deal opposed by Israel and abandoned in 2018 by then-US president Donald Trump.

Since August 2020, the UAE, followed by Bahrain, Sudan and Morocco, have moved to normalize ties with Israel under a US-sponsored initiative dubbed the "Abraham Accords" after the biblical patriarch revered by Jews, Christians and Muslims.

Bennett's UAE trip is the first by an Israeli premier to any of those countries since the accords.

On arrival in Abu Dhabi after a flight from Tel Aviv, Bennett was welcomed by an honor guard and the UAE's foreign minister, Sheikh Abdullah bin Zayed.

"What a wonderful reception. I am very excited to be here on behalf of my people (on the) first official visit of an Israeli leader here," Bennett said. "We are looking forward to strengthening the relationship," he added.

Israel has broached setting up joint defenses with Gulf Arab states that share its concern over Iranian activities. Pursuing economic, health and energy ties with its new ally, the UAE has signed dozens of memorandums of understanding with Israel since the Abraham Accords were signed. 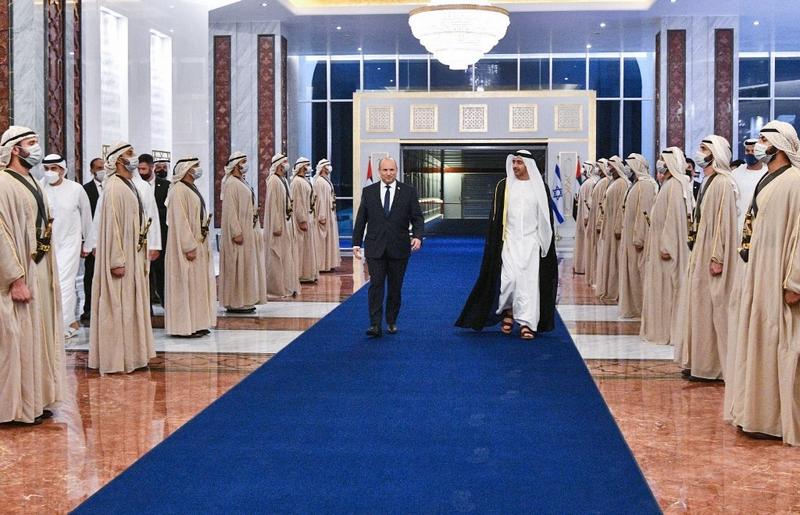 Yet the UAE has also reached out to its Iran, sending its senior national security adviser there last Monday to meet his Iranian counterpart and President Ebrahim Raisi.

The rapprochement in the Gulf has been condemned by Palestinians, whose diplomacy with Israel stalled in 2014.