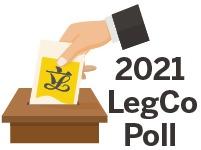 Inarguably, political disorder has been the normal state of affairs in the Hong Kong Special Administrative Region since its establishment in 1997. Defiance of the constitutional powers of Beijing (the central authorities), incomplete and inaccurate implementation of the Basic Law, a lax and ambiguous relationship between Beijing and the Hong Kong Special Administrative Region government, strained executive-legislative relations, strife within the legislature, friction between the executive and the judiciary, incessant rivalries between the opposition and the patriotic camps, numerous protests and demonstrations, ineffective and effete governance, public discontent and mistrust of the authorities, political instability and turmoil, escalating threats to national security, so on and so forth, sadly testify to the serious political predicament of the HKSAR.

At the core of the political disorder of the HKSAR is the rejection, noncompliance and distortion of the rules of the game laid down by the Basic Law by Hong Kong’s opposition forces and their overseas patrons. These rules were established with the express purpose of installing a new political order in the city after its return to the motherland. The occasional failure of the judiciary to understand and apply these rules also contributes to their under-implementation. Meanwhile, both Beijing and the HKSAR government, mindful of the possible adverse political consequences, are reluctant to strictly enforce them. A stark example of the failure to implement the Basic Law is the inability of the HKSAR government to give effect to Article 23 of the Basic Law via local legislation to safeguard national security. This national security loophole in Hong Kong’s legal system has given the green light to both internal and external hostile forces to rampantly and shrewdly undermine Hong Kong’s stability and turn Hong Kong step-by-step into a national security threat.

The exacerbating turmoil in Hong Kong in the past decade, particularly the “Occupy Central” movement in 2014 and the “Color Revolution” in 2019-20, together with the manifest conspiracy of the West to turn Hong Kong into a base of subversion against China, have compelled Beijing to take draconian and expeditious actions to restore political order and prevent the recrudesce of political unrest in Hong Kong. The National Security Law for Hong Kong, the fundamentally revamped electoral system, and the banishment of the internal and external hostile forces from the governance system of the HKSAR, are the major and appropriate instruments to bring about a political order in Hong Kong that is in conformity with the requirements and expectations of the Basic Law.

Under the new political order, Beijing will demand full accountability to it by the chief executive and principal officials of the HKSAR. The system of their appointment and dismissal will become increasingly institutionalized, codified and concretized. Apart from carefully vetting the candidates for the post of chief executive, Beijing will conduct meticulous scrutiny of the candidates before appointing them as principal officials. Loyalty and dedication to Beijing and to the country are the most prized qualities of the officials in charge of running Hong Kong. Incompetent and malfeasant officials will be shown the door summarily. Accordingly, the orders of Beijing pertaining particularly to the protection of national security and the faithful implementation of “one country, two systems” are expected to be executed with dispatch by the HKSAR government, thus consolidating the leadership of Beijing over the latter on crucial matters and making sure that Beijing and the HKSAR government will act in tandem.

The civil servants can no longer resort to the much-misconstrued and abused term of “political neutrality” to abstain from carrying out orders from their superiors nor to eschew their responsibilities to the nation. In the new political order, civil servants have to pledge allegiance to the People’s Republic of China and the HKSAR as well as pledge to uphold the Basic Law. Increasingly they will understand that even though Hong Kong is granted a high degree of autonomy by Beijing, Hong Kong is still a part of China, and in a strict sense, Hong Kong’s civil servants are also civil servants serving the country as a whole. This “new” conception of their role and status will ultimately drive the civil servants to expunge their previous feelings of detachment or even alienation from China nurtured deliberately by their former colonial “masters”.

In the new political order, while friction between the executive and legislature is unavoidable, given the constitutional duty of the latter to check and balance the former, this friction is manageable and should not degenerate into implacable confrontation between the two bodies. This is because both of them are now strongly led by the patriots with their common political values and missions. Besides, close and serious oversight by Beijing will prevent any patriot from adopting an uncooperative or antagonistic political posture.

Misinterpretation of the Basic Law by the judiciary may not be completely eliminated, but any misinterpretation can be easily and promptly corrected by the interpretation of the Basic Law by the Standing Committee of the NPC. Over the years, the understanding of the national constitution, the Basic Law and the goals and core principles of “one country, two systems” among Hong Kong’s judges has evidently increased, thus lessening the chances of misinterpretation of the Basic Law by the court. The advent of the National Security Law has apparently succeeded in enhancing the awareness of the judges of their constitutional duty to safeguard national security and protect the new regime of the HKSAR. This is clearly reflected in the belated tendency of the court to impose heavy penalties on people convicted of a serious criminal offense against national security and public order. Even if individual judges might be “too lenient” toward offenders of a serious crime, in a situation of executive-legislative cooperation, the relevant laws can readily be amended or new laws enacted to produce the needed corrective and deterrent effects.

Previously, the public agenda of Hong Kong was dominated by controversial, divisive and red-hot political issues strenuously propagated by the opposition, the issue of political reform being the most salient and long-lasting. From now on, political demands posing threats to national security can no longer be raised. In the foreseeable future, in view of the fact that the new electoral system has just been established and is unlikely to change soon, even political reform as an issue will rapidly vanish. Instead, the attention of the government, the legislature and the public will at last focus on the longstanding and deep-seated economic, social and livelihood issues of Hong Kong. To a considerable extent, the level of politicization in Hong Kong will subside precipitously.

In the new political order, Hong Kong will no longer be a “city of protests” as satirized by some Western observers. For one thing, the enfeebled and fractured opposition will no longer be able to incite and organize large-scale political actions against Beijing and the SAR government. The National Security Law and other local public-order laws will impose heavy legal constraints on their ability to use protests as a means of political struggle. Admittedly, in view of the wide-ranging liberties in Hong Kong and widespread social grievances among the disadvantaged and the young, protests will continue to be a defining feature of Hong Kong’s political life. Nevertheless, serious and focused efforts of Beijing and the HKSAR government to improve the public well-being are expected to eventually narrow the confidence gap between the government and the people, reduce the incidence of protests, and bring to an end forever the unsavory epithet of “city of protests”.