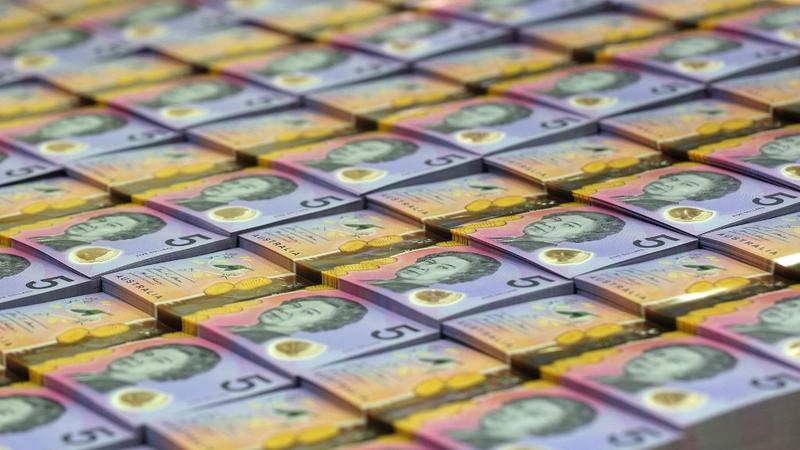 In this undated handout photo from the Reserve Bank of Australia released on April 12, 2016, stacks of new style five Australian dollar note are seen, which will replace its more bland pink, purple and orange predecessor from Sept 1, 2016. (STR / AFP）

Australia’s prudential regulator has overhauled its bank capital requirement rules with fresh guidelines aimed at ensuring the institutions can operate better during periods of stress.

Major banks will set their own capital benchmarks from 2023 that will depend on how risky their lending is, the Australian Prudential Regulation Authority said in a statement Monday. Still, the regulator expects them to operate with tier one capital ratios above 11 percent when the rules come into effect, slightly higher than the threshold under the current framework.

“Capital is the cornerstone of the banking system’s safety and stability,” PARA Chairman Wayne Byres said in the statement. “Although Australia’s banking sector is already strongly capitalized by international standards, the new capital framework will help ensure it stays that way.”

The framework caps four years of regulatory efforts to ensure the country’s largest banks can withstand any economic downturn and meet the Basel III standards that come into force in 2023. The changes include an expanded use of buffers, rather than raising risk weights, allowing banks to absorb losses and continue lending in periods of stress without breaching minimum requirements, PARA said.

“The fact that Australian banks already have the capital needed to meet the Basel standards, without the need for lengthy transitional periods and phase-in arrangements that will be needed in many other countries, is evidence of the underlying strength of the Australian banking system,” Byres said.