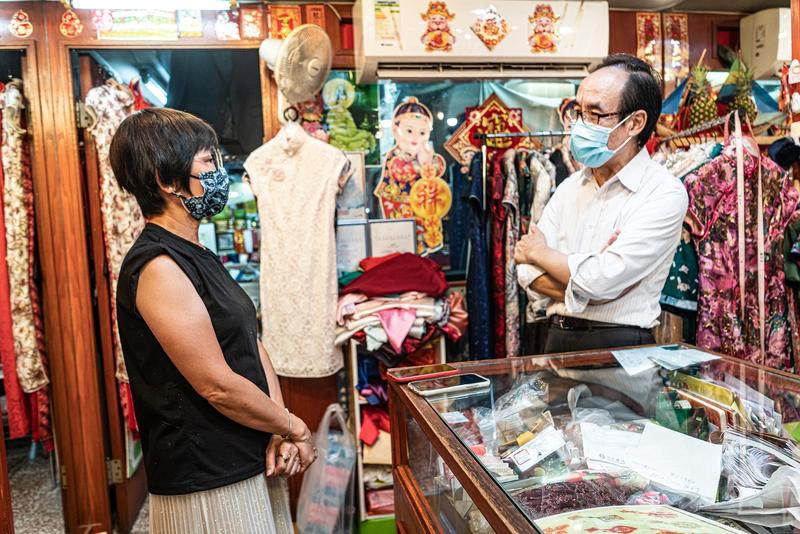 Stepping into Mei Wah Cheongsam is like being transported back into the 1960s. Cheongsams adorn every wall of the century-old store, helmed by Master Kan Hon-wing, one of the last few tailors in Hong Kong to be still making the Chinese dress in its most traditional form.

The cheongsam (qipao in Mandarin) that Master Kan brings out from his collection is a beautiful, timeless design, blooming in lucky red and tailored to sit tight on the female figure. The fabric, typically satin, silk, lace or brocade, feels light and delicate in one’s hands. The dress comes with a signature high mandarin collar and pankou-style knotted buttons.

Kan learned the trade from his father and grandfather. The family business peaked in the 1920s. Nowadays Kan is practically on his own, with only a relative to lend him support. The number of orders has declined over the years. As we sit perched on stools in the small but colorful shop, Kan tells me that cheongsam making is now one of the least profitable among Hong Kong’s traditional craft-based industries — a sad yet inevitable reality he has to contend with.

The cheongsam dates back to the Qing Dynasty(1644-1911), and has since been worn by both elite and working classes, the distinctions being in the quality of the material used and/or the intricacy of the design. A number of tailors from Shanghai arrived in Hong Kong in the 1950s, putting their distinctive stamp on the local cheongsam business. In the heyday of Hong Kong cinema, films like The World of Suzie Wong (1960) which reached international audiences helped raise the status of this traditional Chinese dress to that of a timeless fashion emblem.

In subsequent decades, the trend of Hong Kong’s well-heeled immigrating to the West, or at the least embracing Western wear, caused a drop in the cheongsam-making business.

“Although the golden age of the cheongsam was gone and the dress ceased to be a mainstream outfit for urban women, it continued to receive support from the privileged minority,” says Connie Lam, executive director of the Hong Kong Arts Centre. “Simple designs fell out of vogue; fine materials and exquisite workmanship were pursued; silk fabrics were preferred; trimmings and frog closures once again found favor; ‘dry-clean only’ became the norm.”

Today, cheongsam-clad women are rarely seen on Hong Kong streets, although the traditional outfit continues to make appearances at Chinese weddings and formal events, creating opportunities for the likes of Master Kan. 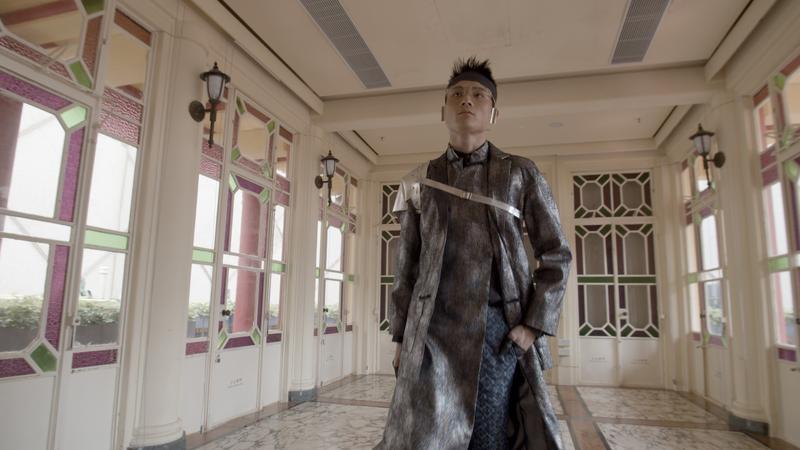 A take-off on the cheongsam by Mountain Yam at the Transformative Chic -- The Everlasting Cheongsam Exhibition. (PHOTO PROVIDED TO CHINA DAILY)

However, efforts are underway to celebrate this sartorial tradition through research and hosting exhibitions.

For example, HKAC’s just-concluded Transformative Chic — The Everlasting Cheongsam Exhibition showcased works by nine creative Hong Kong designers and groups who reinterpreted the iconic design with a modern twist. Visitors were invited to try on and even buy cheongsams for a unique and engaging experience.

Elsewhere, the Jockey Club ICH+ Innovative Heritage Education Program includes an annual showcase where local secondary school students can find out about the craft of cheongsam making at dedicated workshops.

Similarly, the Technological and Higher Education Institute of Hong Kong’s Succeeding the Grace exhibition held in April threw light on the evolution of the Hong Kong cheongsam over the years.

“Cheongsam is an important cultural heritage of Hong Kong and it’s witnessed the changes of the city,” says Eunice Lee, lecturer, Fashion Design Program at THEI.

The HKAC’s Lam feels the resurgence of interest in the cheongsam among young Chinese people — both in Hong Kong and overseas — could be part of a general trend “of exploring their own cultural heritage”. 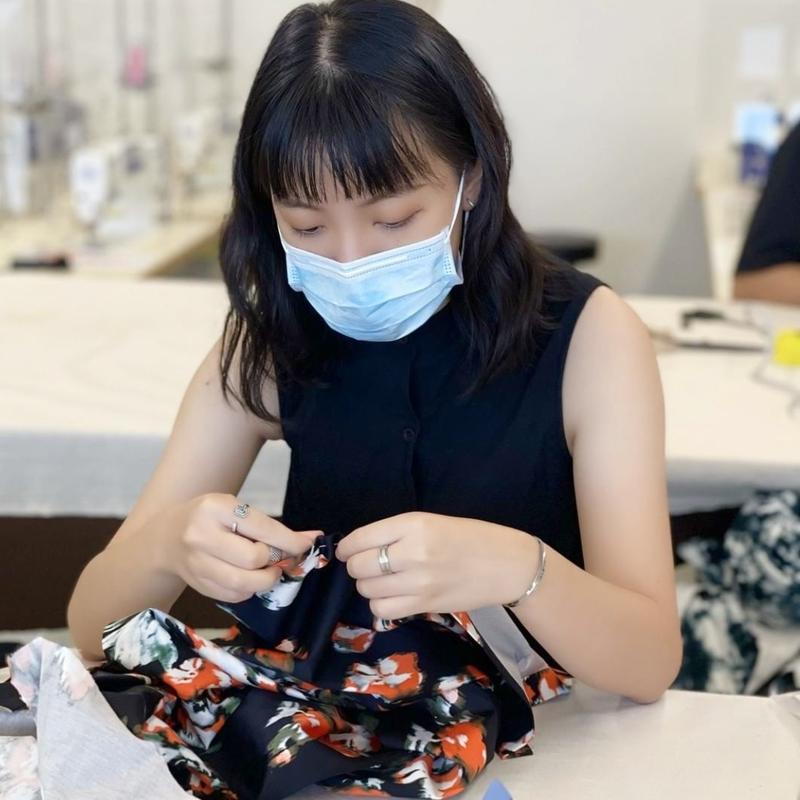 Traditional Chinese garment styles serve as core inspiration to big-time fashion brands like Shanghai Tang, and the cheongsam is no exception. “Key elements such as the mandarin collar, diagonal fastenings, decorative frog buttons and side slits are often showcased on global fashion stages and will remain forever timeless,” notes Maggie Wong, head of marketing at Shanghai Tang. “Transcending time and trends, the qipao brings a rich slice of heritage into the modern world of fashion and has proven its classic and lasting allure through time.” The brand’s recently introduced line of silk-cotton knit qipao pays tribute to heritage while creating a luxe, versatile look for the women of today.

“I’m glad to see how the designers are reviving and transforming the traditional cheongsam into chic wearable modern glamorous fashion statements,” says Lee of THEI.

“The cheongsam is like a canvas on which designers are free to make adaptations, interpretations and presentations,” Lam adds.

A traditional cheongsam can take up to six weeks to make and cost upwards of HK$2,000.

“To reduce the production cost and time, fashion brands are simplifying the craftsmanship, structure, and production procedures to create ready-to-wear cheongsams that are more affordable,” says Haze Ng, a research assistant professor with the Hong Kong Polytechnic University’s Institute of Textiles and Clothing, “Some designers are even adopting computerized patterning technologies to provide tailored-fit and custom-made design service, aiming to attain mass-customization in the cheongsam.”

Since 2011, the ITC has been cooperating with the Hong Kong Museum of History, researchers at other Hong Kong universities and institutes, the Intangible Cultural Heritage Office, and the Hong Kong Cheongsam Association on diverse cheongsam-related research and projects. 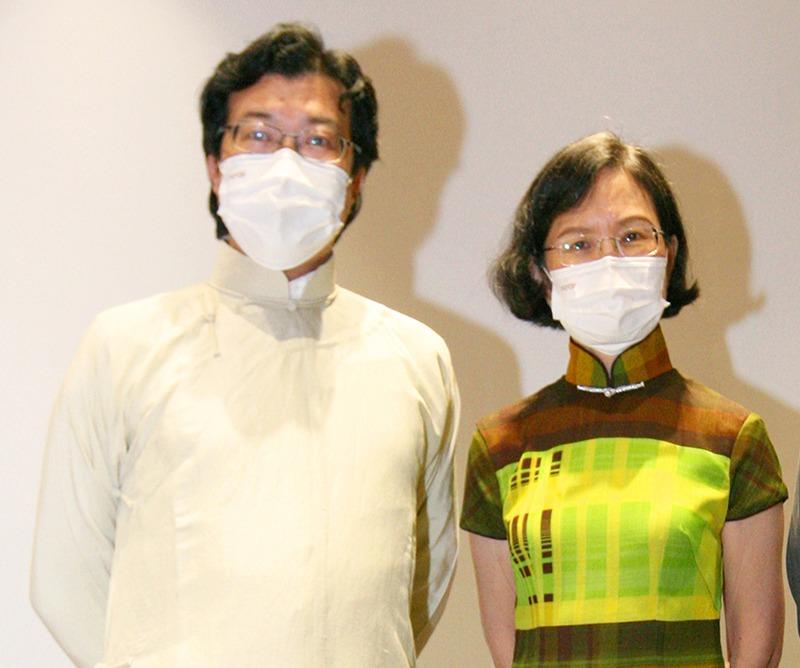 If films help set sartorial trends, Wong Kar-wai’s In the Mood for Love (2000) did a great job of promoting the cheongsam. “The 20 or so elegant and alluring cheongsams in styles typical of the 1960s showcased by Maggie Cheung in the movie not only invoked Hong Kong people’s collective memory of the dress, but also opened the eyes of the younger generations in Hong Kong and the mainland as well as global audiences to its charisma,” says Lam.

Crazy Rich Asians, released in 2018, took the idea a step further by showing that a cheongsam can work equally well in the most stylishly-fashionable upper-class set-ups today.

Master Kan, however, prefers to stick to tradition. “He acknowledges that this may hinder his business, but prefers to follow tradition and stick to the iconic design of the dress that his family has been making for more than a century in his Sheung Wan shop,” says Varty.

“With the passing away of old tailors proficient in making cheongsam, the classic tailoring technique is in a critically endangered state,” says Lee. Master Kan agrees that few youngsters today would be interested in taking up cheongsam-making as a full-time career. However, the participation of young designers at the recent HKAC event shows that the appeal of the cheongsam endures, as far as it lends itself to adaptations to suit the demands of the time.

The cheongsam will forever be associated with the image of high-achieving women and remains a tribute to the national and cultural identity of Chinese women, says Lau Chi-pang, coordinator, Hong Kong and South China Historical Research Program at Lingnan University.

“Women today are paying more attention to local cultures, sociocultural development as well as domestic cultural heritages,” notes Ng, “The iconic modern cheongsam, which is a hybridized dress form, developed from both Western cutting methods and Eastern tailoring techniques in Hong Kong, functions as the identity reflection and appreciation of Hong Kong women.”