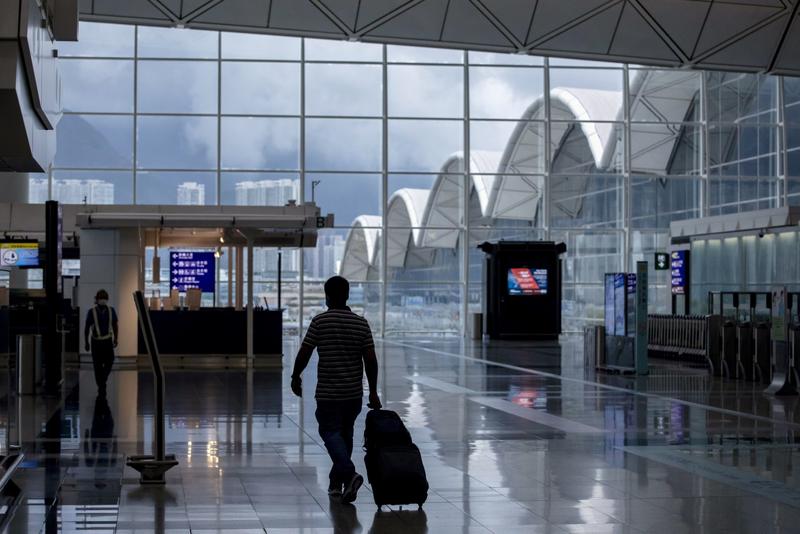 HONG KONG - Two cases of the new COVID-19 strain raising alarm in parts of southern Africa and unnerving financial markets worldwide have been found in travelers in compulsory quarantine in Hong Kong.

A traveler from South Africa was found to have the variant — currently known as B.1.1.529 — while the other case was identified in a person quarantined in the hotel room opposite them, the Hong Kong government said late Thursday. That person may have been infected as air flowed between the rooms, according to the government.

B.1.1.529 carries an unusually large number of mutations and is “clearly very different” from previous incarnations, Tulio de Oliveira, a bio-informatics professor who runs gene-sequencing institutions at two South African universities, said at a briefing on Thursday.

South Africa’s Health Minister Joe Phaahla said the mutation was “of serious concern.” Virologists detected almost 100 cases linked to the variant in the country to date, said Anne von Gottberg, clinical microbiologist & head of respiratory diseases at the National Institute for Communicable Diseases. World Health Organization officials have met to discuss the virus, which has also been detected in Botswana.

In Botswana — a neighbor of South Africa — the new variant has been detected in vaccinated people, Kereng Masupu, coordinator of the Presidential COVID-19 Task Force, said in a statement. The UK said late Thursday local time that it will temporarily halt flights from South Africa and five neighboring countries on concerns about B.1.1.529.

Twelve people who were staying in rooms close to the two Hong Kong cases are undergoing compulsory 14-day quarantines at a government facility, according to the statement Thursday.

Hong Kong is one of the few places in the world that’s yet to have a recorded community outbreak of Delta, the more contagious variant first detected in India that has now become the dominant strain worldwide. The mutation has forced some countries that were able to keep COVID-19 out through quarantines and border curbs in 2020 to abandon that approach, instead pivoting to treating the virus as endemic.

The new cases involved two boys traveling from Singapore, a 25-year-old man who had been to the Czech Republic, Italy and Poland and a 43-year-old woman from Finland, the Centre for Health Protection said in a statement Friday afternoon.

The CHP also noted that three of the cases involved the L452R mutant strain, while the mutation test result of the remaining one was pending.

Both adult patients were fully vaccinated, the CHP added.

The cases of the new variant may prompt Hong Kong to tighten what is already one of the toughest quarantine regimes in the world, with travelers from some places isolated in hotels for up to 21 days.

David Hui, a professor of respiratory medicine at the Chinese University of Hong Kong and a member of the city’s COVID-19 advisory panel, told local radio Friday that Hong Kong should ban all returnees from Africa because of the variant.

The city banned the use of masks with exhalation valves or vents in hotel quarantine this week because of the variant case situation. Such masks don’t effectively filter exhaled air, the government said.

Hong Kong also required air purifiers be installed in hotel quarantine rooms if the guest intends to exercise with a stepper, exercise bike, walking pad or treadmill to “remove aerosol generated,” during such activities, according to a government statement. Other countries such as Australia have seen cases of COVID-19 transmit in the quarantine environment, fueling criticism that hotels aren’t adequate locations for isolating travelers and suspected cases.