By Shadow Li and Chen Shuman in Hong Kong 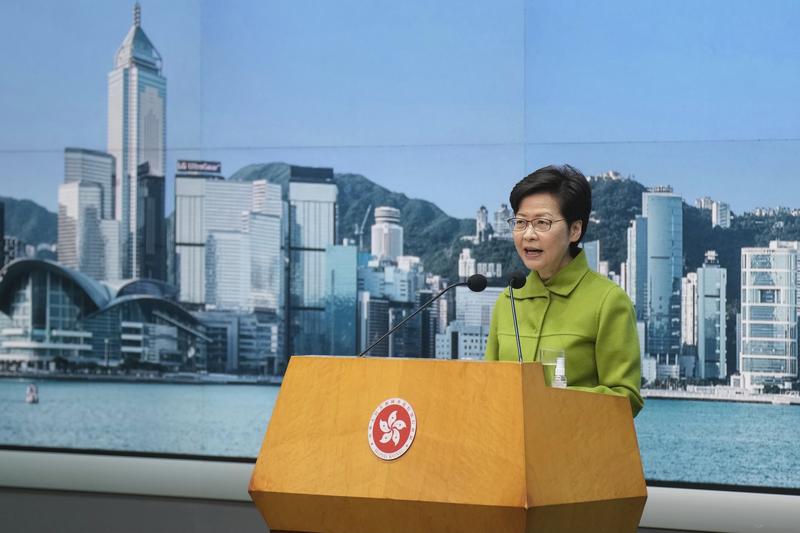 Officials from Hong Kong and the Chinese mainland will meet on Thursday in Shenzhen to discuss the resumption of quarantine-free travel as a delegation of mainland health experts wrapped up its four-day inspection tour of Hong Kong.

This will be the second meeting after the one in September, when officials exchanged views on pandemic-control policies. Earlier this month, the two sides also took part in a video call on the issue.

Talking to the media ahead of the weekly Executive Council meeting Tuesday morning, Hong Kong Chief Executive Carrie Lam Cheng Yuet-ngor said the meeting and the visit of the delegation are “very positive” signals toward a gradual and orderly reopening of the border.

A circuit-breaker mechanism to minimize the risks of infection will “surely” be put in place if community outbreaks resulting from imported COVID-19 cases are reported once quarantine-free travel resumes, said Chief Executive Carrie Lam Cheng Yuet-ngor

“But to manage public expectations, the reopening of the border will be made in a gradual and orderly manner, which means that all the ports — land or the airport — will not open in one go. And it will come with quotas,” Lam said.

A circuit-breaker mechanism to minimize the risks of infection will “surely” be put in place if community outbreaks resulting from imported COVID-19 cases are reported once quarantine-free travel resumes, she said.

As to how the mechanism will be set off, Lam said the details will have to wait until after the meeting in Shenzhen, when the mainland delegation will offer advice.

She urged people to get vaccinated as Hong Kong’s first-shot vaccination rate had yet to reach 70 percent by Monday night. 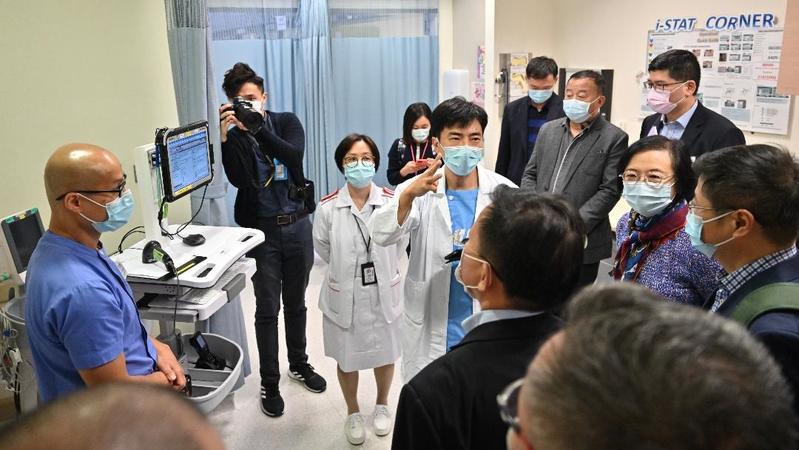 On Saturday, a delegation of experts organized by the Hong Kong and Macao Affairs Office of the State Council and the National Health Commission visited Hong Kong to inspect local antipandemic efforts and measures. The delegation examined in detail the anti-pandemic measures at major facilities, including checkpoints, healthcare, quarantine and contact tracing centers.

On Tuesday, they inspected several places, including a community vaccination center in Sheung Wan, the secondary school section of Hon Wah College in Siu Sai Wan.

Lam also disclosed Tuesday that a plan will be revealed this week to allow Hong Kong residents living on the mainland to cast their votes in the upcoming Legislative Council election at the city’s suspended checkpoints with the mainland.

The one-time measure will exempt Hong Kong residents from mandatory quarantine when they return to the mainland after voting, Lam said.

Hong Kong residents who wish to vote have to register and indicate where they wish to cast their votes in advance, she added.

The temporary polling stations will be set up in those suspended checkpoints, Lam said.

Hong Kong’s land ports with the mainland have been closed since February 2020, leaving only Shenzhen Bay checkpoint.

READ MORE: Voting plan for HK residents on mainland to be released

Hong Kong will hold its Legislative Council election on Dec 19, in which over 4 million registered voters will elect 90 lawmakers out of 153 qualified candidates.

According to the latest national census, released in May, over 371,000 Hong Kong residents were living on the mainland, up 58.15 percent from the 2010 census.