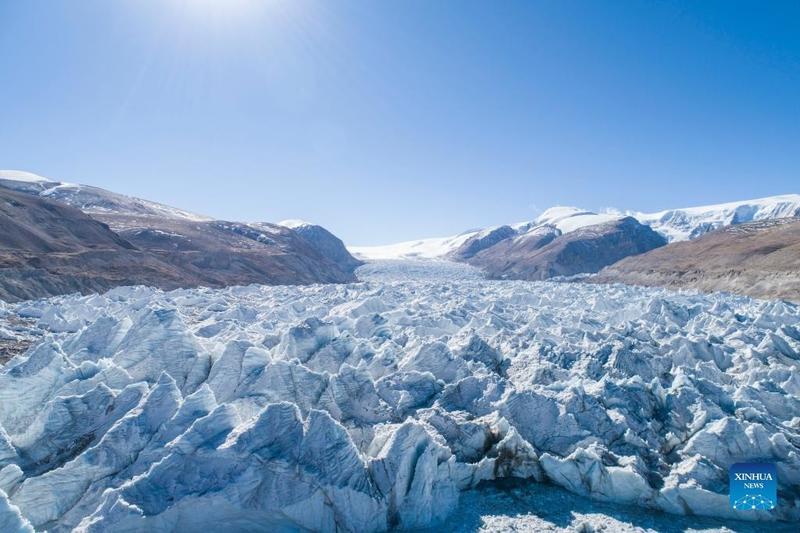 BEIJING - Beijing is set to mark a historic achievement in February, when it will become the first city to host both the Summer and Winter Olympics.

However, like almost every other Games before it, there have been some distractions from the spirit of the Olympic Games like calls for a boycott from Western politicians and organizations.

A boycott of the Beijing 2022 Winter Games would undermine one of the key tenets by which the Olympic movement has abided since the birth of the modern Games in 1896.

The Olympic charter states that the Games must not be used as a platform for any kind of political, religious or racial demonstration.

Furthermore, the mission and role of each National Olympic Committee includes an obligation "to maintain and promote its political neutrality and to preserve the autonomy of sport," the document reads.

"The NOCs must preserve their autonomy and resist all pressures of any kind, including but not limited to political, legal, religious or economic pressures which may prevent them from complying with the Olympic charter," it adds.

The message is clear: sport and politics ought not to be mixed.

As such, calls from some quarters for NOCs to withdraw from the Beijing Winter Games because of spurious allegations related to Xinjiang, Tibet, Taiwan and Hong Kong are misplaced and threaten to set a dangerous precedent.

One shudders to think what could happen at subsequent Games and how they could be used as a tool or platform to push political agendas. Moreover, sport must never cease to be the prime focus of the Olympics.

We at the USOPC oppose athlete boycotts because they've been shown to negatively impact athletes while not effectively addressing global issues.

Susanne Lyons, the president of the United States Olympic and Paralympic Committee (USOPC), said as much when telling reporters in April that Team USA's athletes should not be used as "political pawns".

"We at the USOPC oppose athlete boycotts because they've been shown to negatively impact athletes while not effectively addressing global issues," Lyons said. "For our athletes, their only dream is to represent the USA and what we stand for on the international field of play."

The ill-conceived remarks by some western political leaders and media outlets have failed to sway the opinion of the Games' participants. To this day, not a single athlete or NOC has withdrawn from the Winter Games, scheduled to run from February 4 to 20.

Apart from politicizing sport, an Olympic boycott would represent a clear violation of the three core values of Olympism: excellence, friendship and respect.

In a missive to the Olympic community published in September, International Olympic Committee President Thomas Bach drew attention to the Games' potential to unite the planet.

"The Olympic Winter Games Beijing 2022 come at an important moment to bring the world together in the Olympic spirit of peace, solidarity and unity," Bach said. "It will once again be the athletes of these Olympic Games that will send this message of the unifying power of sport to the world."

A vocal opponent of the boycott calls has been Australian Olympic Committee (AOC) president and IOC vice president John Coates.

In a speech to Australia's National Press Club in October, Coates said the sovereignty of host nations must be respected and that no country had a right to tell others what to do.

READ MORE: Tone down the politics to save the Games

The most important Olympic Games stakeholders - the athletes - have shown overwhelming exuberance at the prospect of participating at Beijing 2022.

Among those to express their desire to take part is the National Hockey League MVP Connor McDavid, one of the event's highest-profile stars.

Apart from politicizing sport, an Olympic boycott would represent a clear violation of the three core values of Olympism: excellence, friendship and respect

"Just to be able to represent Canada at the Olympics and compete for a gold medal would be an absolute dream come true," McDavid said at the prospect of tasting Olympic competition for the first time.

Equally as enthusiastic is Tampa Bay Lightning defenseman Victor Hedman, who will wear the colors of his native Sweden.

"The Olympics is one of the biggest dreams of mine and I haven't been able to participate in one. This might be the last chance I get," the 30-year-old said.

Two-time Olympic gold medalist and World Cup alpine skier Mikaela Shiffrin said athletes should not have to sacrifice a pivotal moment in their careers for political reasons.

"The Olympics is big, and it's something that you shoot for, and you don't want to miss it," the 26-year-old American said. Schiffrin went further, explaining that the Beijing Winter Olympics "can actually bring hope to the world at a very difficult time."

"My passion for sport to go beyond the borders and the politicized beliefs is something that I hold dearly to my heart," said the eight-time Winter Olympic medalist.

"I just want to see the purity of sport again. We want to see and celebrate and cheer for our country's men and women who go and compete, regardless of where the Olympic Games are being held," he added.