Boycott of Olympics against human rights 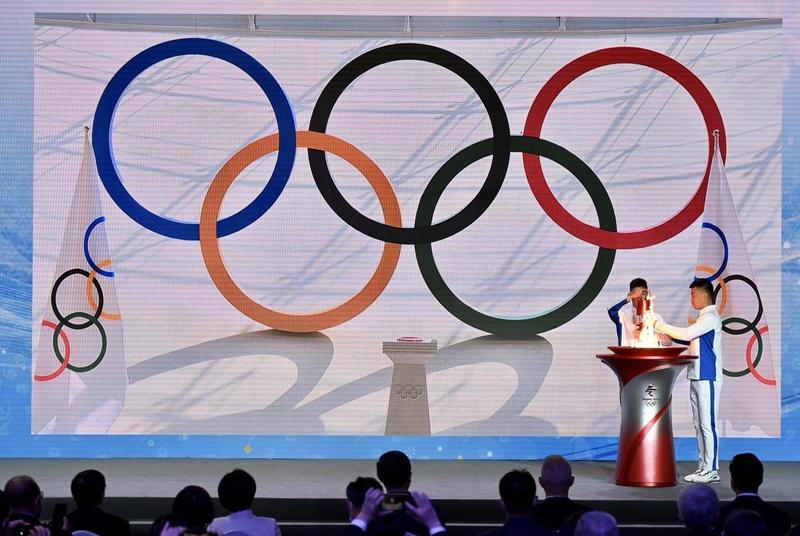 A welcoming ceremony is held for the flame of Olympic Winter Games at the Olympic Tower in Beijing, capital of China, Oct 20, 2021. (WEI XIAOHAO / CHINA DAILY)

Medals for the upcoming Beijing 2022 Winter Olympic and Paralympic Games were unveiled in Beijing on Tuesday, starting off the 100-day countdown to the Games.

Beijing is making every effort possible to hold a comfortable and successful event for athletes and spectators, as shown by the handbooks it has issued on the epidemic prevention and control protocols in place to ensure the safety of the participants and spectators. It is a pity and shame therefore that there are some who are trying to tarnish the image of this international sports event by calling for a boycott, alleging human rights abuses by the Chinese government.

What is insensible and absurd is that in their attempt to politicize the international sports event, these anti-China voices are disregarding the fact that the country has lifted more than 700 million people out of poverty in the past several decades.

How can they accuse such a country of human rights abuses?

It is the International Olympic Committee that grants the right to a particular country or city to host the Summer or Winter Olympics. So they are actually showing no respect for the IOC or to what the organizing country and city has done to host the Games. Neither are they showing any consideration for the efforts the participating athletes have made over the past four years in preparation for the Games.

The irony is that these anti-China activists are preoccupied to such an extent with the lies they have been told about human rights abuses that they fail to understand what they are doing, such as urging the boycott of the IOC-mandated Winter Olympic Games infringes on the human rights of many people.

There are many athletes who have spent day and night over the past four years making painstaking efforts to prepare for the Beijing Winter Games, where they hope their abilities will win them medals and that their achievements or even their participation alone will boost the Olympic spirit. Many of them have expressed their wish and enthusiasm to participate in the Games in Beijing.

Such an international sports event provides an opportunity for athletes from different countries to compare notes about their different stories, delivering the message that friendship, understanding, respect and solidarity are important to make a better world for all.

A boycott deprives athletes of such an opportunity. Those who are urging the boycott need to realize that they are encroaching upon the human rights of others. Rather than defending human rights, they are actually sabotaging the development of human rights.