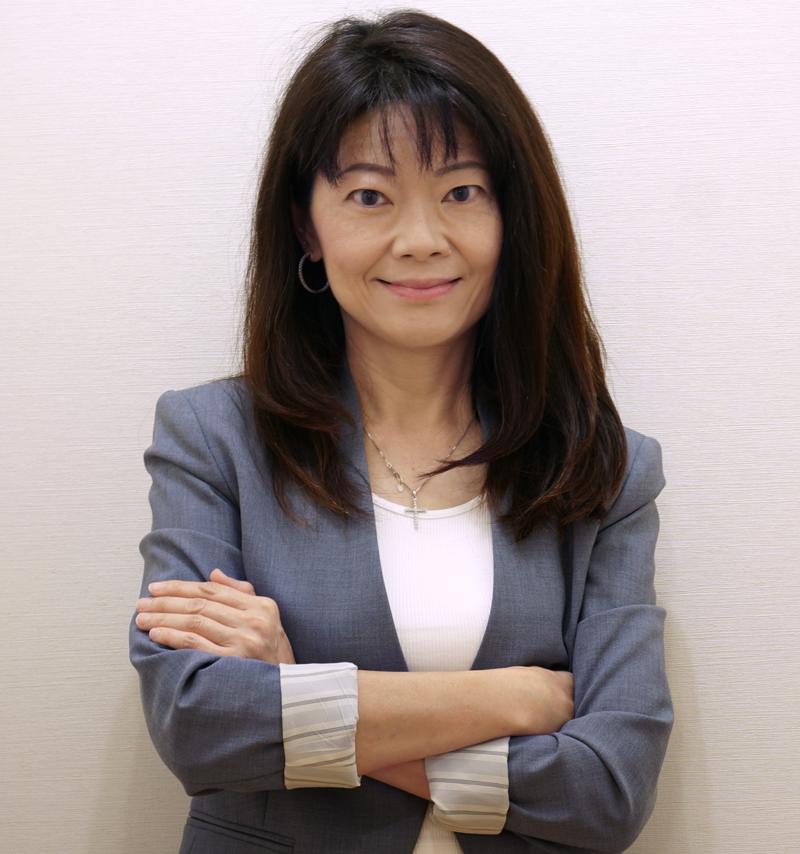 When Sandy Keung, founder and executive chef at GoodBBQ, launched Impossible Char Siu (barbecued pork), she wasn’t thinking of health or the environment, only trying to give her customers one more option. It remains one of the few non-mince dishes made with faux pork on the restaurant’s menu.

The cooking process of this vegan version is similar to that of pork char siu. In both cases, one starts by marinating the “meat.” But while real pork is then skewered and roasted in hung ovens, the plant-based variation is baked in molded trays to retain its shape.

Keung says Impossible Char Siu has been met with enthusiasm since its debut, especially from newly converted vegetarians.

“Honestly, I had no clue who would come for faux char siu. But to me, siu mei (barbecue meats) isn’t limited to pork or duck, it’s a style of cooking; so why not give plant-based options a shot?” says Keung. 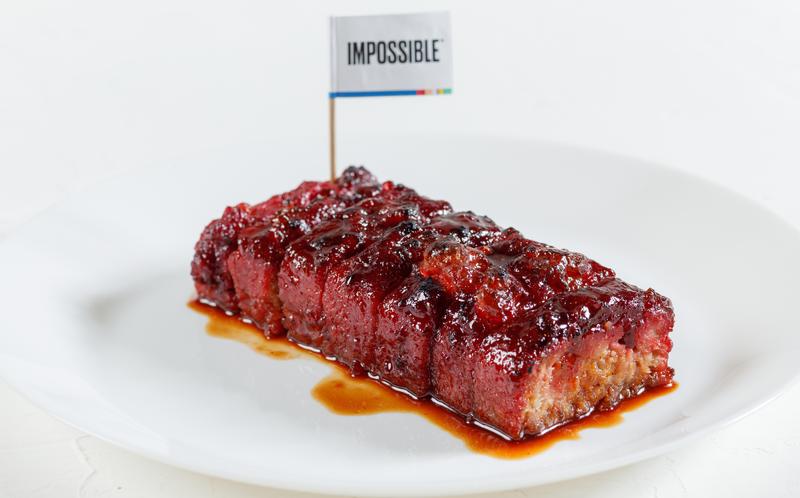 She herself is yet to be convinced about the health benefits of consuming plant-based meat, believing that those who go for it often do so to earn bragging rights. However, looking at it from a chef’s point of view, she can appreciate that cooking Impossible Pork entails less wastage. And the simulated flavor of pork is better retained post-preparation, compared to certain other brands.

“I’ve worked with another brand of imitation pork before: they don’t take in the flavor as well, which means you start to taste the core ingredients of grains and mushrooms,” she adds.

Impossible Pork is targeted at Asian markets, unlike Impossible Beef which was aimed at a more Western clientele. China alone accounts for more than 40 million metric tons of pork consumed this year, i.e. double that of EU countries, according to the United States Department of Agriculture. This explains why Impossible Pork’s campaign trail started in David Chang’s Momofuku Ssam Bar — a fusion Korean restaurant in New York — followed by 40 restaurants in Hong Kong, including the ones under Maxim’s Group as well as in outlets of the supermarket conglomerate ParknShop before heading to Singapore. Like its beef predecessor, Impossible Pork boasts a parade of environment-friendly and healthy features, like reduced water and land usage, lesser greenhouse gas emissions, no animal hormones and antibiotics, to name but a few. 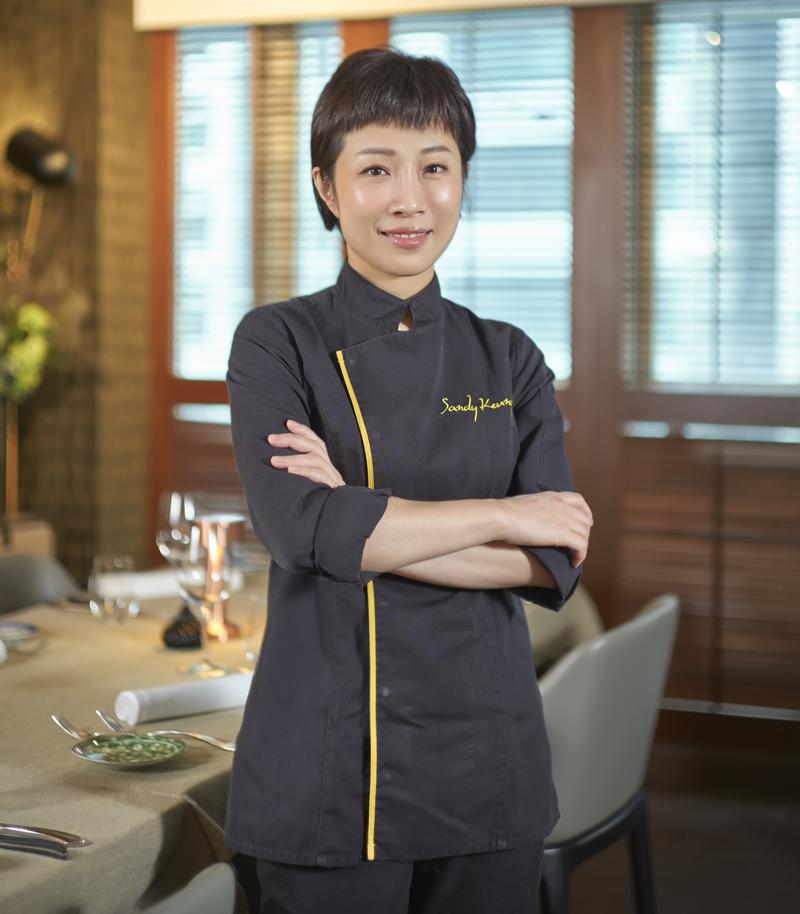 “Impossible Pork was designed with a focus on Asian cuisine applications. While cows and chickens are America’s favorite meat sources, pig is the most widely eaten animal in the world,” Nam says. “Some of our chef partners (in Hong Kong) recreated amazing Cantonese classics like suckling pig and char siu, taking it beyond its original minced application.”

Juan Gimenez, director of Food & Beverage with Ovolo Hotels Hong Kong, however, says he plans to keep faux meats away from Veda — the city’s first fully vegetarian hotel restaurant run by the group. He would rather celebrate vegetables in their “true forms.”

“Meat is so prevalent in Chinese cuisine, removing it from a Hong Kong person’s daily food intake is not an easy task,” he says. “Our goal is to highlight the natural vibrancy and flavor of vegetables — we want to celebrate them instead of masking them as products that taste like meat.” 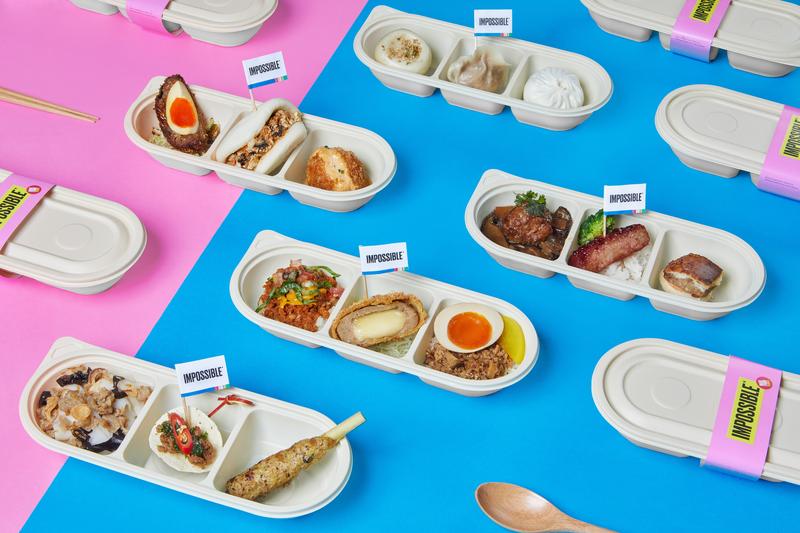 Veda’s Asian-fusion menu features momos stuffed with spinach and ricotta and laced with tomato chutney; and meat in khao suey is replaced with tofu and mushrooms.

“In an ideal world, we’d all be eating whole foods and just eat enough to survive,” says Keung, who is in the middle of experimenting with a variety of plant-based “pork belly.”

“Is Impossible Foods gimmicky? Maybe. Is it a part of the solution for sustainable farming? Maybe. Can it help solve the problem of food supply? Probably,” she says, responding to her own set of rhetorical questions.

Her logic for using Impossible Pork is quite straightforward and driven purely by economic necessity. “If I made char siu with carrots or eggplants alone, people probably won’t want to try it.”