The Braille Library of China has been providing an essential service for the country's visually impaired for nearly three decades, Zhang Zhouxiang and Yang Xiaoheng report. 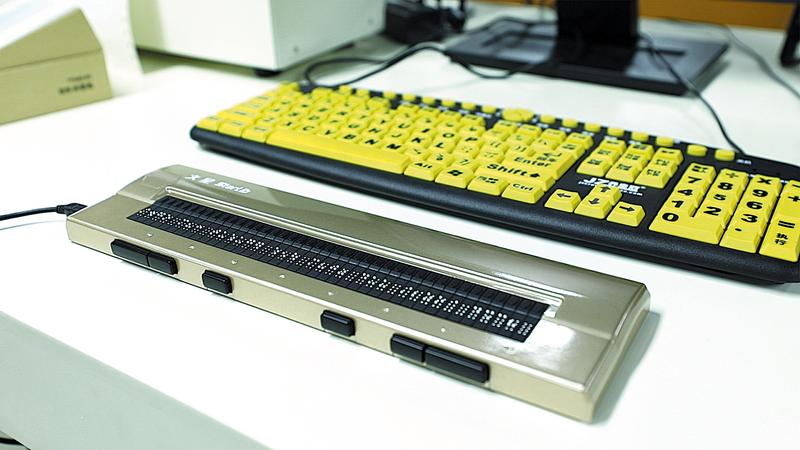 The Braille Library of China offers visually impaired people a Braille display device for use with computers, among other services. (ZHANG ZHOUXIANG / CHINA DAILY)

It is three o'clock in the afternoon. The golden sunshine tumbles through the southern window of the main reading room of the Braille Library of China, yet there is not a single reader in sight.

Make no mistake－that does not mean the custodians of this literary trove are doing nothing. On the contrary, the librarian on duty is quite busy. She simultaneously keeps one eye on WeChat, while checking QQ app for new messages with the other, as well as standing ready to answer the phone that might ring at any time. All calls and messages come from visually impaired people or their families seeking that most essential of societal needs－access to knowledge.

The most effective way of improving the lives of the visually impaired is to help them gain knowledge. That’s where we can help

Zhu Bing, head of the Braille Library of China

Since it was founded in 1994, the BLC has operated a mailing service for the visually impaired so that they can just write or pick up the phone to request the books they need, then wait at home for them to arrive. After finishing the books, they only need to attach a prepared address card to the mail bag that comes with the books, then put it in the mailbox. All free of charge, thanks to government funding.

The mailing service has enabled many visually impaired people to fulfill their dreams of learning at home without needing to travel to the library, something that is increasingly useful since the COVID-19 outbreak. 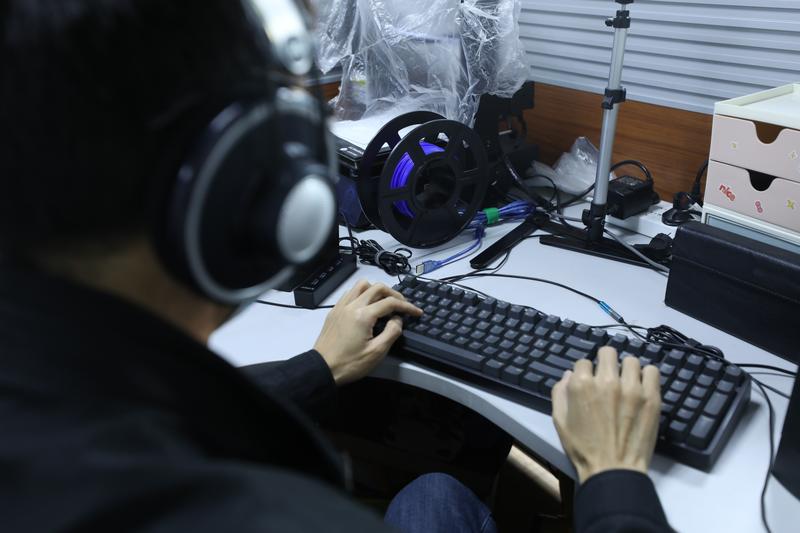 Zhang Junjun, a member of a team developing software to help visually impaired people read at the Braille Library of China, codes using a computer and a screen-reading program. (ZHANG ZHOUXIANG / CHINA DAILY)

Cheng Donghao, a 22-year-old blind man, is one of the over 20,000 people who directly benefit from the services provided by the library every year.

Having been a registered member for about 10 years, Cheng has borrowed Braille books since primary school and got the knowledge he needed by running his fingers across the raised dots that lined the pages. "Now, I am preparing for next year's college entrance exam and my dream major is traditional Chinese medicine," he says. 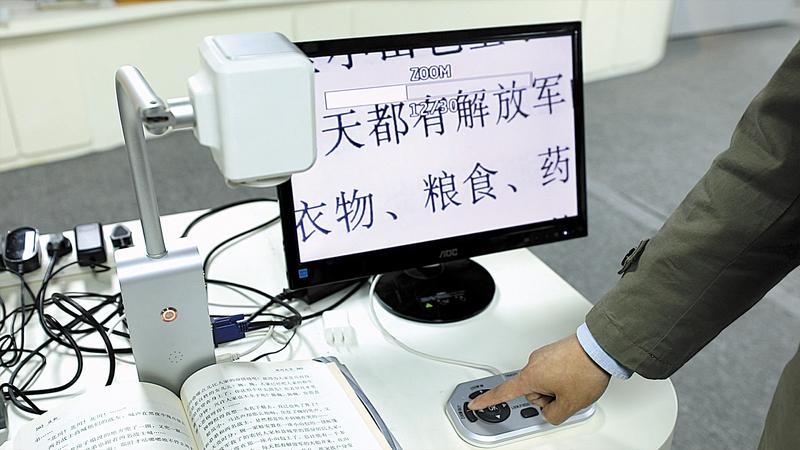 A device to help readers with weak eyesight read. It puts books under a camera that magnifies the text on a bigger screen. (YANG XIAOHENG / CHINA DAILY)

Mailing books is only one of the remote services the BLC renders to visually impaired people. Another one is a smart listening device, which looks like an old-fashioned cellphone. The user just needs to press the buttons under the audio guidance to gain access to all 20 terabytes of audiobooks stored on the BLC website, making access to literature for the visually impaired even easier.

The smart listening device is part of a "blind reading project" launched by China Disabled Persons' Federation in 2017.As part of the program, the government purchased 200,000 such devices and distributed them to the over 400 Braille libraries and barrier-free reading rooms nationwide to be lent to the visually impaired. 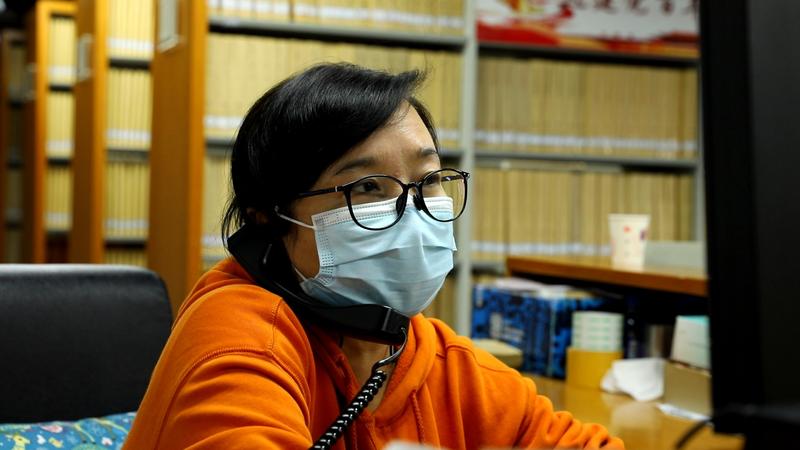 A librarian at the Braille Library of China answers a telephone inquiry. (YANG XIAOHENG / CHINA DAILY)

Alongside the 200,000 smart listening devices are 1,000 Braille display devices for computers. Unlike a standard computer display, a Braille display uses a row of electronically driven pins, grouped in sets of eight, which rise and fall to translate information from the computer into Braille, one line at a time.

These Braille devices are also portable, so that visually impaired people can attach them to a normal computer via the USB interface, enabling them to easily interact with regular office equipment. All 1,000 Braille displays at the library have been purchased from public funds and are lent out free of charge to those who need them.

Also available is a screen-reading software. When the user operates a normal computer, the software will read out loud the information displayed, including image descriptions. The BLC has a five-person team developing such software, two of whom are visually impaired themselves and create code using Braille displays and screen readers. Zhang Junjun, who operates with the help of a screen reader, is the head of the team. 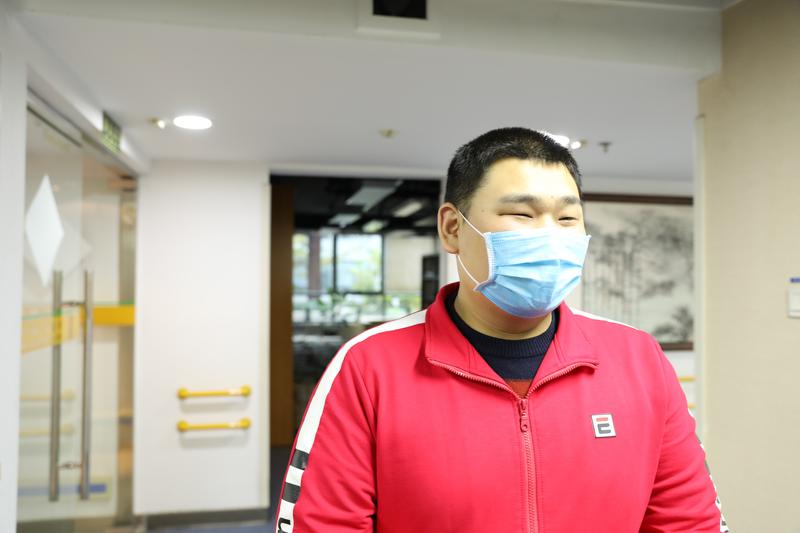 Of the 17 million visually impaired people nationwide, more than 10 million suffer from weak eyesight, which means they can see, but their sight is blurred, according to data from China Foundation for Disabled Persons. At a BLC museum, there are three pairs of special glasses with worn-out lenses that allow people to experience the condition. Most people who try them say it is like trying to see through a mist.

For people with the condition, the BLC has prepared books with large fonts, featuring characters as big as 1 square centimeter in some cases, so that they can read more easily. If that's not enough, they have devices whereby a reader with weak eyesight can put books under a camera and read them on a bigger screen that further magnifies the text. It is more than just an electronic magnifying glass though, as the reader is also able to make notes directly on the screen. 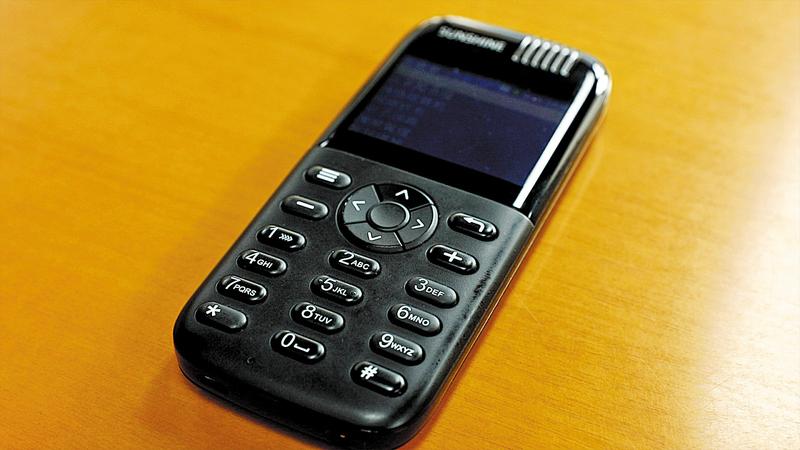 A smart listening device ready to be lent to readers by the Braille Library of China. (ZHANG ZHOUXIANG / CHINA DAILY)

As the market for wearable devices grows, the library and its research teams have also been trying to tap into the trend. One wearable device they have developed, with outside help, is a smart-route detector. When attached to a pair of sunglasses, often worn by the visually impaired, it can take photos of the path ahead, recognize objects and inform the user via audio.

For example, if a wearer takes a bank note, by looking at it, the device can recognize its denomination, and even if the note is genuine.

The device is also capable of recognizing and reading text.

Like all public libraries, as well as lending books, the BLC holds cultural activities. Every Tuesday, it shows a film, during which a narrator stands to the right of the audience and describes the images on screen in between dialogues. The BLC is now purchasing the copyright of the films, incorporating its own narration soundtrack and adding footage of a dactylology narrator, so as to make a barrier-free version of the films for all audiences. 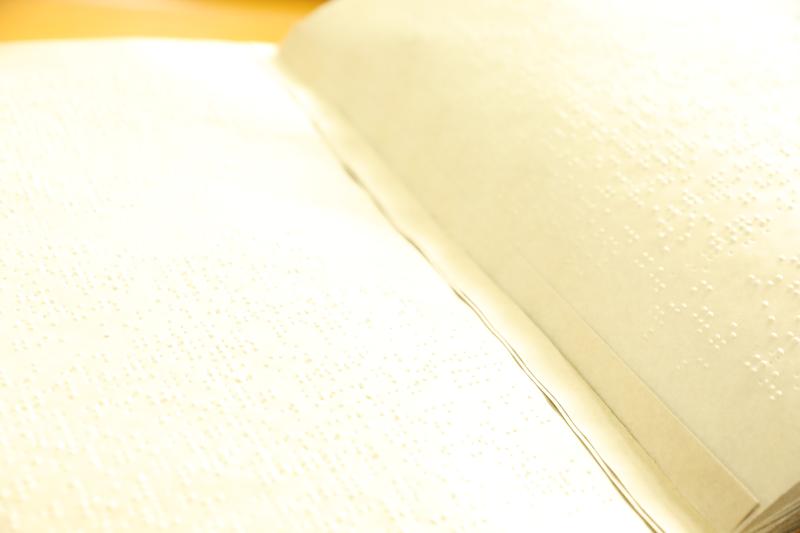 A Braille book at the library. (YANG XIAOHENG / CHINA DAILY)

"The most effective way of improving the lives of the visually impaired is to help them gain knowledge," says Zhu Bing, head of the BLC. "That's where we can help, and with smarter tools, we hope to be of even greater assistance."

The BLC provides a unique service for fully sighted people, too. Inside its building there is a windowless room, about 20 square meters in size, which becomes totally dark when the doors are closed. Anyone can enter and explore the pitch black room by touching the specially designed walls.

It takes only eight minutes to experience, but provides visitors with a lifetime of gratitude for the eyesight with which they are blessed.