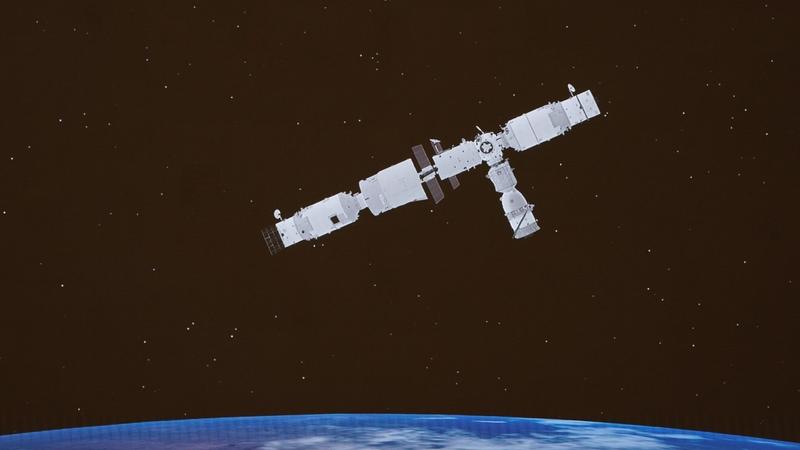 China's Shenzhou XIII crewed spacecraft docks with the Tiangong space station in the morning of Oct 16, 2021, with astronauts ready to enter the station to start a six-month journey. (XINHUA)

The Shenzhou XIII mission crew will soon carry out their first extravehicular activity, according to the China Manned Space Agency.

The agency said in a news release on Friday the three-member crew – Major General Zhai Zhigang, Senior Colonel Wang Yaping and Senior Colonel Ye Guangfu – are in good condition and ready for the spacewalk.

The astronauts had been inside the Tiangong space station for 21 days as of Friday afternoon. They have moved living and work materials from the Tianzhou 2 and 3 cargo spaceships to the station's core module, named Tianhe, or Harmony of Heaven, tested their extravehicular suits, and conducted training on emergency evacuation, robotic arm control and medical aid, the agency said.

The Shenzhou XIII mission crew was launched by a Long March 2F carrier rocket at the Jiuquan Satellite Launch Center in northwestern China's Gobi Desert and soon entered the Tianhe module, which is the first, and central, section of Tiangong, or Heavenly Palace. They are scheduled to undertake a six-month journey inside the station, fulfilling the nation's longest space mission. 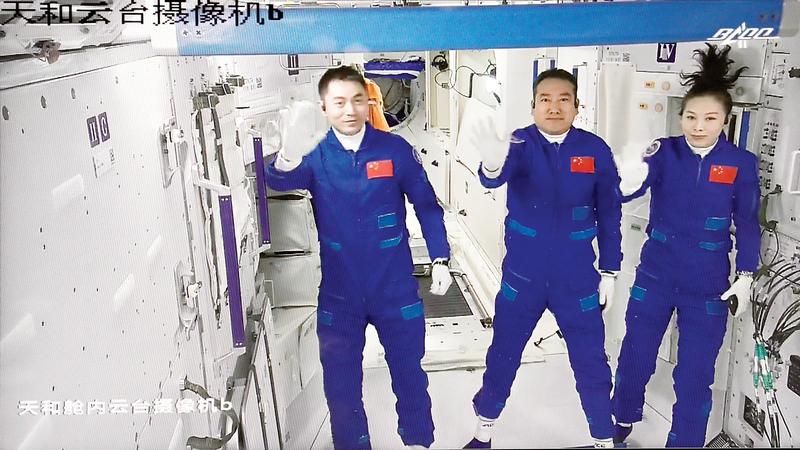 The Shenzhou XIII crew is tasked with a wide range of assignments, such as performing two to three spacewalks to install a small robotic arm onto a larger one; verifying key procedures and technologies like manual control of the robotic arms and robotic arm-assisted movement of station modules; checking the performance and capability of devices inside the station and testing support instruments for astronauts' life and work in long-term flights, according to Lin Xiqiang, deputy director of the China Manned Space Agency.

Their peers in the Shenzhou XII mission, which lasted three months and concluded in mid-September, performed two spacewalks.

The mother of a 5-year-old girl, Wang is China's second female astronaut to take part in a spaceflight – she took part in the Shenzhou X mission in June 2013. In the Shenzhou XIII flight, she will become the first Chinese woman to enter a space station and also the first to carry out a spacewalk.