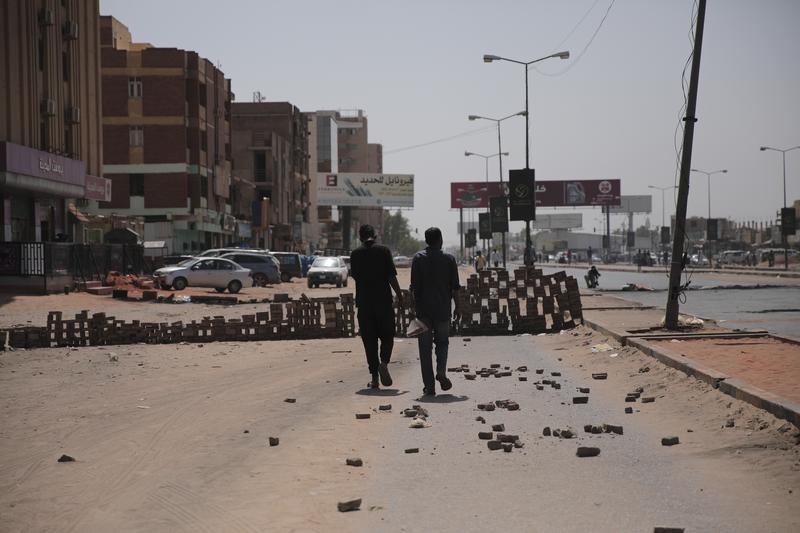 KHARTOUM – The World Bank halted disbursements for operations in Sudan on Wednesday in response to the military's seizure of power from a transitional government, while state oil company workers, doctors and pilots joined civilian groups opposing the takeover.

Thousands of people have taken to the streets since Monday's takeover led by armed forces chief General Abdel Fattah al-Burhan, and several have been killed in clashes with security forces.

Burhan has dismissed the joint civilian-military council set up to steer the country to democratic elections following the overthrow of autocrat Omar al-Bashir in a popular uprising in April 2019.

He said he acted to stop the country from slipping into civil war, but the World Bank decision to pause payments and stop processing new operations is a setback to his plans for one of Africa's poorest countries.

I am greatly concerned by recent events in Sudan, and I fear the dramatic impact this can have on the country’s social and economic recovery and development.

After isolation from the international financing system across three decades of Bashir's rule, Sudan achieved full re-engagement with the bank in March and gained access to US$2 billion in financing.

"I am greatly concerned by recent events in Sudan, and I fear the dramatic impact this can have on the country’s social and economic recovery and development," World Bank President David Malpass said in a statement from Washington.

Abdalla Hamdok, prime minister in the deposed transitional government, had touted World Bank re-engagement as a major accomplishment and was depending on the funding for several large development projects.

The government had instituted harsh economic reforms that succeeded in achieving rapid arrears clearance and debt relief and renewed financing from the World Bank and IMF.

An IMF spokeswoman said the fund was monitoring developments but it was "premature" to comment.

Hamdok, who was detained on Monday and is under guard at his home, was in good health when visited by envoys from France, Germany, Norway, the UK, the United States, the European Union and the United Nations, the UN mission in Sudan said on Twitter on Wednesday. The West has called for restoration of the council and the release of civilian leaders.

Hamdok says any retreat from the path to democracy threatens stability and development in Sudan and he warns against the use of violence against protesters, a source close to him said.

Late on Wednesday, Sudan state TV reported that Burhan had relieved six Sudanese ambassadors from their posts, apparently because they rejected the military takeover. The six were envoys to the United States, the European Union, China, Qatar, France and the head of mission to Geneva. 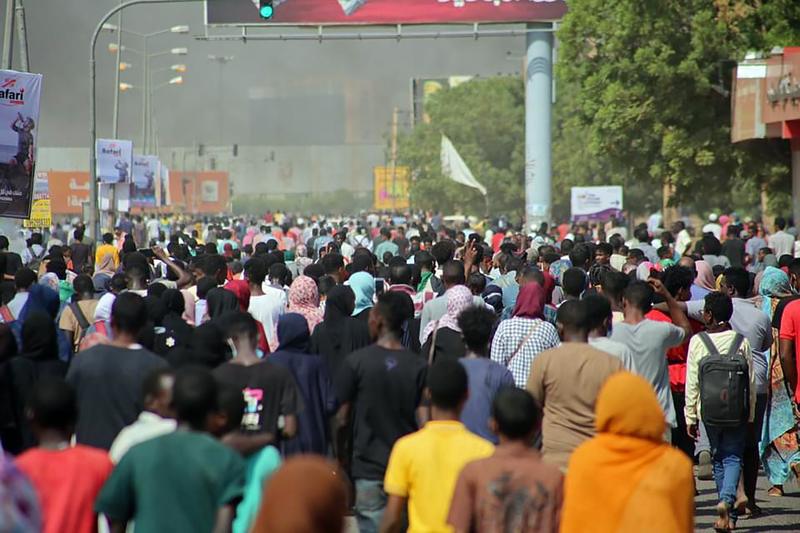 Thousands of pro-democracy protesters take to the streets to condemn a takeover by military officials in Khartoum, Sudan, Oct 25, 2021. (ASHRAF IDRIS / AP)

Scattered protests took place in Khartoum on Wednesday and intensified at night across the capital, although no new bloodshed was reported.

"We want civilian rule. We won't get tired," one said.

In Bahri across the river, witnesses told Reuters protesters were met with tear gas and heard gunshots on Wednesday evening as protesters came out across the capital's three cities.

In the northeastern city of Atbara, protesters marched and chanted, "Down with the military regime".

Neighborhood committees announced plans for protests leading to what they said would be a "march of millions" on Saturday.

Workers at state oil company Sudapet said they were joining the civil disobedience campaign to back the stalled democratic transition and pilots from the national carrier Sudan Airways have gone on strike, as have pilots from carriers Badr and Tarco Airlines. 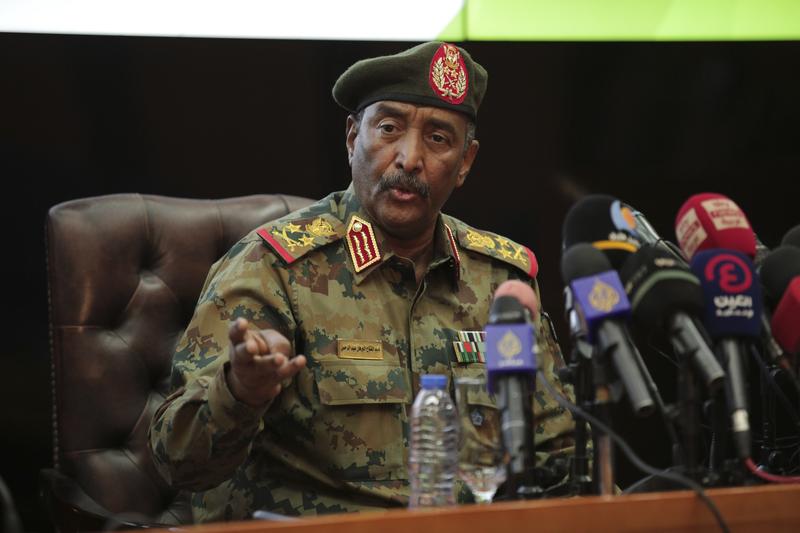 Sudan's head of the military, Gen Abdel-Fattah Burhan, speaks during a press conference at the General Command of the Armed Forces in Khartoum, Sudan, Oct 26, 2021. (MARWAN ALI / AP)

Central Bank employees have also stopped work in a further setback for the functioning of the economy.

Doctors belonging to the Unified Doctors' Office group of unions also said they were striking. The doctors were one of the driving forces behind the uprising that brought down Bashir.

UN Special Representative Volker Perthes met Burhan on Wednesday and told him the UN wants to see a return to the transition process and the immediate release of all those arbitrarily detained, UN spokesman Stephane Dujarric told reporters in New York.