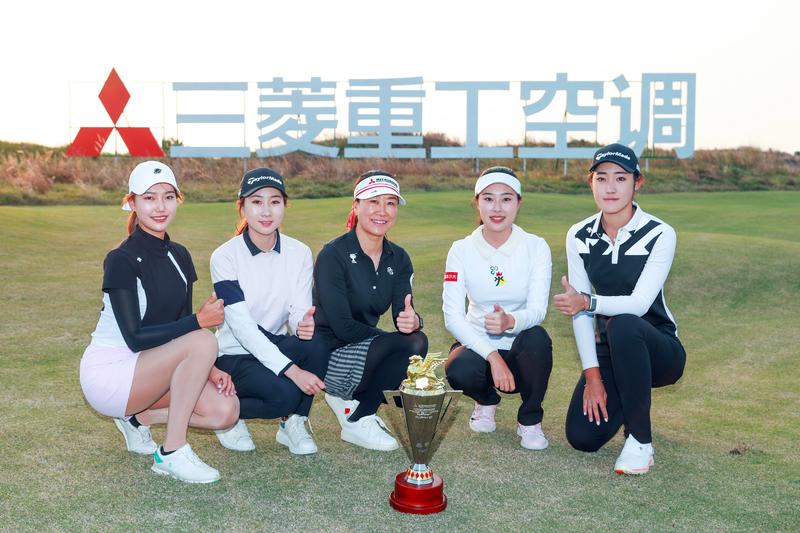 Previously known as the Mitsubishi Heavy Industries Orient Masters, the championship has this year been upgraded to the China LPGA Tour, the only women's professional golf circuit in the Chinese mainland.

China LPGA Tour winners including Pan Yanhong, Ye Liying and Li Jiayun will feature at the championship, along with emerging talents such as Liu Bowen, Sui Xiang and Zhang Huijie.

As the flagship tournament of the China LPGA Tour, the winner of the championship will earn at least six world-ranking points－triple that of a regular stop on the circuit.

"We began supporting the nation's golf development a decade ago. Chinese golf has been moving in a good direction and has enjoyed remarkable achievements at home and abroad, including Feng Shanshan and Ye Liying who won the championship of the US LPGA Tour and the Japanese tour," said Luo Xiaomin, managing director of Mitsubishi Heavy Industries Air-conditioning (Shanghai) Co Ltd.

"However, the pandemic has suddenly changed the golfing landscape. Therefore, Mitsubishi Heavy Industries Air Conditioning feels it is even more necessary to stick to it, which is one of the reasons for the comprehensive upgrade of this year's event," he added.

Pang Zheng, secretary-general of the China Golf Association, said that the social value of sports has become even more important with the continuing rise in people's living standards.

"This event, which links the Mitsubishi enterprise with sports, provides a platform to show the charm of golf and sports. At the same time, it also brings publicity to Mitsubishi and increases the cohesion and range of its customers," Pang added.

TK Pen, deputy director of the China Golf Association, admits to concerns about the talent pool of golf in China, but believes the championship can only improve the situation.

"Ladies' golf in China is going through something of a transitional stage right now. Increasing the number of professional female players remains a major issue for us," Pen said.

"We need to explore new promotional and recruitment methods and train a group of world-class players over the next four years to ensure that we have a strong team for the next Olympic Games," he added.

Ye Liying, meanwhile, is raring to tee off this week and predicts an exciting contest. "Domestic tournaments are becoming more and more international while the competition between players has become more intense," she said.