With a booming new energy industry, China has experienced robust development in non-fossil energy and accelerated low-carbon transformation in its energy mix, according to an official document.

The "White Paper on Responding to Climate Change: China's Policies and Actions", was made public on Wednesday at a news conference organized by the State Council Information Office.

With 44.7 percent of the country's installed capacity for power generation non-fossil, the proportion of non-fossil energy in its energy consumption mix had been lifted to 15.9 percent last year, up 8.5 percentage points from 2005, according to the white paper.

Compared with 2005, the installed capacity for solar energy grew over 3,000 times and for wind energy it grew 200 times, the white paper stated.

It also said that with energy efficiency increasingly enhanced, China has been a major contributor to global energy conservation.

During the 13th Five-Year Plan (2016-20) period, China experienced average annual economic growth of 5.7 percent, but its average annual growth in energy consumption was just 2.8 percent, it said. During the time, the energy saved in the country accounted for roughly half of the global total. 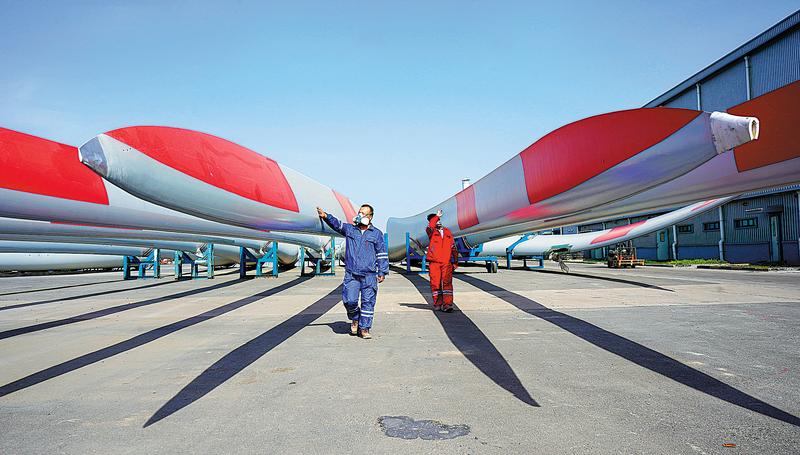 It also noted an "accelerated clean, low-carbon transformation" in the country's energy consumption mix. The proportion of coal in the mix decreased from 72.4 percent in 2005 to 56.8 percent in 2020.

Sun Zhen, deputy head of climate change at the Ministry of Ecology and Environment, pledged that consistent efforts would be made to control the growth of coal consumption, along with intensified endeavors to promote renewable energy development.

China will strive to establish a new type of power generation system that could accommodate a high proportion of intermittent renewable energies, he said.

China has outpaced all other nations with regard to the production and sale of new energy vehicles for six consecutive years, it said. It has also topped the world in the outputs of some major facilities for photovoltaic power generation over the past eight years.

"As the world's largest manufacturer of equipment for clean energy, China will proactively promote the development and utilization of clean energy around the globe and international cooperation in this regard," Sun said, adding that the country will also help developing nations make their energy supply efficient, clean and diversified. 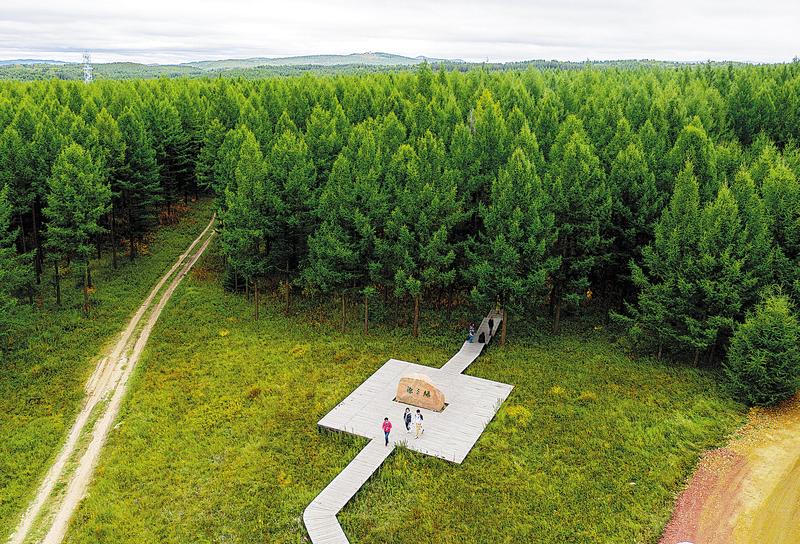 The trees of the Saihanba forest farm in Chengde, Hebei, help clean the air. (WU BO / FOR CHINA DAILY)

The white paper was unveiled in the lead-up to the COP 26 United Nations Climate Conference, which is to be held at the beginning of November in Glasgow, the United Kingdom.

Ye Min, vice-minister of ecology and environment, said that China looks forward to seeing COP 26 send out a strong political signal of firmly adhering to multilateralism and respecting multilateral rules.

China hopes that the parties involved can conclude negotiations on regulations related to the 2015 Paris Agreement on market-based climate change mitigation mechanisms, he said.

Apart from progress on developed nations' support for poor countries in funding, technology and capacity building, China hopes to see "implementation" prioritized at the conference, he said.

Parties should "transform targets into policies, measures and concrete actions". They should avoid shouting empty slogans about coming up with targets or lifting targets, he said.