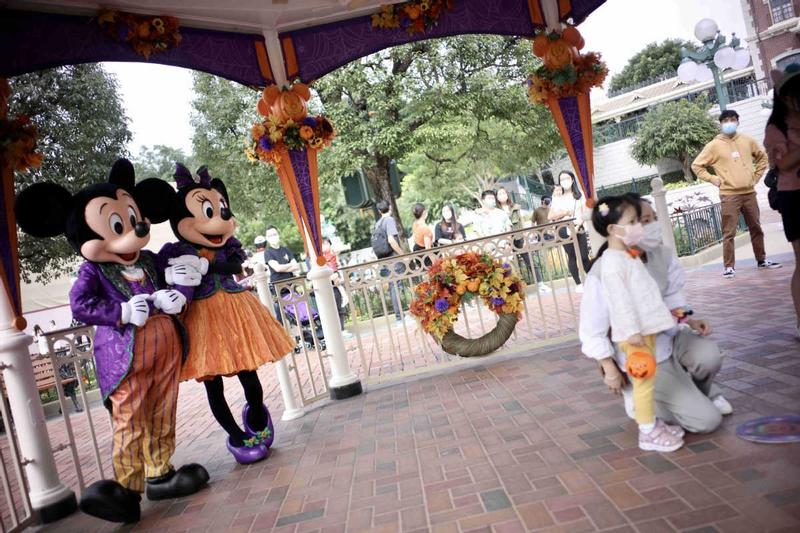 Hong Kong Disneyland has set its sights on the Guangdong-Hong Kong-Macao Greater Bay Area for its post-epidemic recovery.

The park opened to the public in 2005, and was an important attraction to bolster the city's tourism industry when it experienced an economic downturn after the financial crisis in 1998.

In a further attempt to spur Hong Kong's economy, hard-hit by the outbreak of SARS in 2003, the central government approved the individual visit scheme allowing residents of four Guangdong cities to visit Hong Kong and Macao.

Since it opened to the public in 2005, the Hong Kong Disneyland has received over 85 million visitors from all over the world

The scheme, bringing tens of millions of visitors from the Chinese mainland, was gradually expanded to cover residents of 49 Chinese mainland cities, including 21 cities in Guangdong province, Shanghai, Chengdu of Sichuan province and Wuhan of Hubei province.

As of the end of 2018, over 269.3 million visitors came to the city under the scheme, according to the Tourism Commission under the Hong Kong government's Commerce and Economic Development Bureau.

Since 2005, the theme park has received over 85 million visitors from all over the world.

As of the 2020 fiscal year, the theme park has contributed a total of HK$113.7 billion to Hong Kong's gross domestic product growth and created 271,300 jobs, according to Anita Lai Pui-shan, vice president of communications and public affairs at Hong Kong Disneyland.

Lai said Disneyland in the future will focus on the Guangdong-Hong Kong-Macao Greater Bay Area and attract more visitors from there.