Beijing all set for Olympic encore 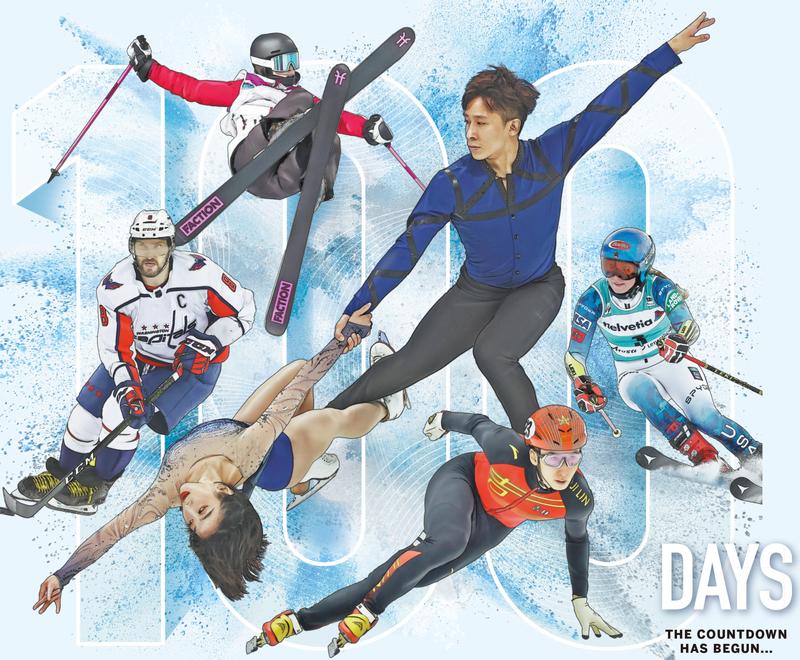 With the torch relit, venues being tested and operational drills underway, Beijing is all set for its highly anticipated encore as an Olympic host 100 days out from the opening of the 2022 Winter Games.

Thirteen years after the curtain was lowered on the 2008 Summer Games, the Olympic flame has returned to the Chinese capital as Beijing's preparations for next year's Winter Olympics enter the home stretch, with operational details, legacy and, most importantly, safety amid the pandemic prioritized.

With all these great efforts and the outstanding preparations we can already see now, we can really say ‘together for a shared future’, and this shared future will be a bright one for winter sports worldwide

As part of the 100-day countdown celebrations, Beijing 2022 unveiled designs of the Olympic and Paralympic medals on Tuesday, just a week after welcoming the torch back from Greece, the birthplace of the ancient Games where it was lit, triggering worldwide anticipation for the opening ceremony on Feb 4.

"One hundred days from now, we will welcome the world's best winter sports athletes in Beijing, a city that will write history as the first in the world to host the winter and summer editions of the Olympic Games," International Olympic Committee president Thomas Bach said in a video message played at Tuesday's ceremony.

"With all these great efforts and the outstanding preparations we can already see now, we can really say 'together for a shared future', and this shared future will be a bright one for winter sports worldwide."

To ensure that operations at all the Games' 12 competition venues meet Olympic standards, the Beijing 2022 organizing committee has been evaluating facilities, organization and services across three zones－downtown Beijing, its northwest Yanqing district and co-host city Zhangjiakou, Hebei province－through a series of "Experience Beijing" international test events since Oct 8.

Last week, the Capital Indoor Stadium－a 53-year-old arena that has been renovated for Beijing 2022－impressed athletes and officials alike when it staged a spectator-less leg of the International Skating Union short-track speed skating World Cup.

"I love this rink. I really love the ice," said Sarault, a silver medalist in the women's 1,500m at the world championships in March. "It's really grippy. I feel like I can hold my corners ... so I'm loving the ice. I'm excited that the Olympic Games are here."

"China has a big and good organizing committee. There are many volunteers, many staff. Everybody works and knows what to do. So in general, the impression is good," ISU vice-president Alexander Lakernik said of the operation of figure skating's Asian Open, held from Oct 13-16.

About 90 kilometers northwest of downtown, an international testing program for bobsled and skeleton is in full swing at Yanqing's National Sliding Center, with foreign athletes experiencing the 1.9-kilometer Olympic track for the first time since its completion this summer.

"The first responses we have from the athletes taking part in these test events are extremely positive," Bach told Chinese Central Television in Greece after the flame was lit on Oct 18. "Therefore, we are even more confident in the success of these Olympic Winter Games."

"We could see a lot of Chinese efficiency in all these efforts ... The preparations for the Games have made progress, despite all the restrictions related to the pandemic," he added.

Beijing 2022 organizers, however, reiterated that it's not time to relax just yet.

"The test events have been progressing so far so good in the sense of helping us identify areas to improve, either in the function of facilities or in service details, for better experiences when the real business gets going in February," said Yao Hui, venue management director of the Beijing 2022 organizing committee.

"Even having received a lot of positive feedback, we still need to stay clear-headed in our review of the test events and make quick fixes wherever needed as carefully as we can."

Scheduled to open at 8pm on Feb 4, the Games are expected to welcome around 2,900 athletes, representing approximately 85 countries and regions, to the most gender-balanced Winter Olympics in history. 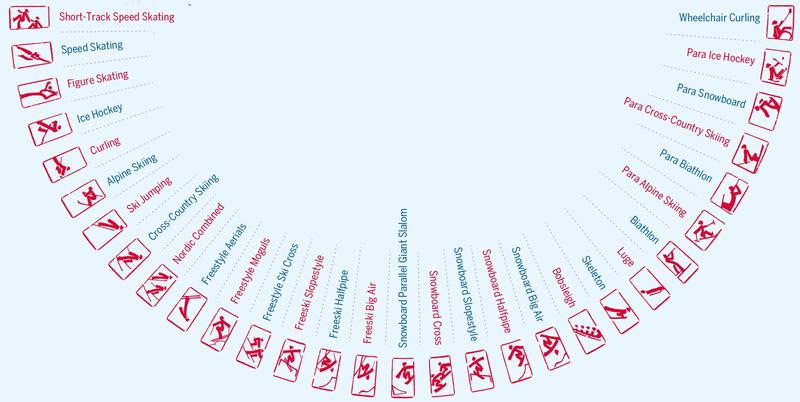 With the pandemic still ongoing, Beijing 2022 organizers are firmly focused on trialing customized COVID-19 containment measures over the next 100 days and making any necessary adjustments for a safe yet comfortable experience of all participants.

According to protocols presented to the International Olympic Committee earlier this month, all athletes and participants at next year's Games will be urged to be fully vaccinated before arriving in China. Those who arrive unvaccinated will have to observe a 21-day quarantine period as currently required for ordinary international visitors.

All Games' participants will be required to stay within a bio-secure bubble at all times under closed-loop management and be subject to daily testing and health checks. They will only be permitted to travel between their designated accommodation and the sports venues on official transport vehicles, according to Beijing 2022 organizers.

The bubble operation will start on Jan 23, almost two weeks before the opening ceremony, and remain in effect until the end of the Paralympics on March 13.

The Games will be without international spectators, with ticketing only available to residents in the Chinese mainland, who meet certain COVID-19 control requirements, to reduce the risk of imported infections.

Despite adopting a tighter bubble management than deployed at the Tokyo Summer Games, the return of fans to the stands raises the prospect of a more exciting spectacle at Beijing 2022.

"The organization is truly unbelievable. I am thankful to all of you for making it so well. Now we just need the audience to build up the energy all together because it's all set."

COVID-19 protocols trialled during this month's test events have reassured participants that their visit to the Chinese capital will be safe and pleasant next year.

"We have to follow the measures because we don't want any cases. China is very experienced with this. Everything was strict but it was necessary and we fully understand. That's the reality, now at least," said ISU vice-president Lakernik.

As a highlight of Beijing's bid in 2015, Chinese organizers are fulfilling their promise of hosting sustainable Winter Olympics with some of the legacies already taking shape.

A late starter in most winter events, China is aiming to popularize ice and snow sports among 300 million people in the buildup to the Games and beyond as part of a national goal to drive the market value of winter sports to 1 trillion yuan ($156 billion) by 2025.

"A country with the ambition to bring 300 million people to our sport is a testament to its long-term vision and an amazing opportunity that the FIS is very pleased to support," said Johan Eliasch, president of the International Ski Federation.

Post-Games operational plans for large-scale, newly built venues such as the National Speed Skating Oval in downtown Beijing, the National Alpine Skiing Center in Yanqing and the National Ski Jumping Center in Zhangjiakou for hosting high-level competitions, tourism, concerts and mass winter sports promotions were prioritized in the official Legacy Report of Beijing 2022, which was released in June.

This far-sighted planning is in line with the IOC's New Norm proposals, which aim to ensure the Olympic Games fit into the long-term development of host cities and regions.

With 100 days to go, IOC president Bach has already hailed Beijing 2022 as a game-changer for winter sports and future Olympic Games.

"This will be one of the great legacies of the Olympic Winter Games because the engagement of 300 million Chinese people will change the face of winter sports globally," he told CCTV.