Singers pitch in as Tibet celebrates 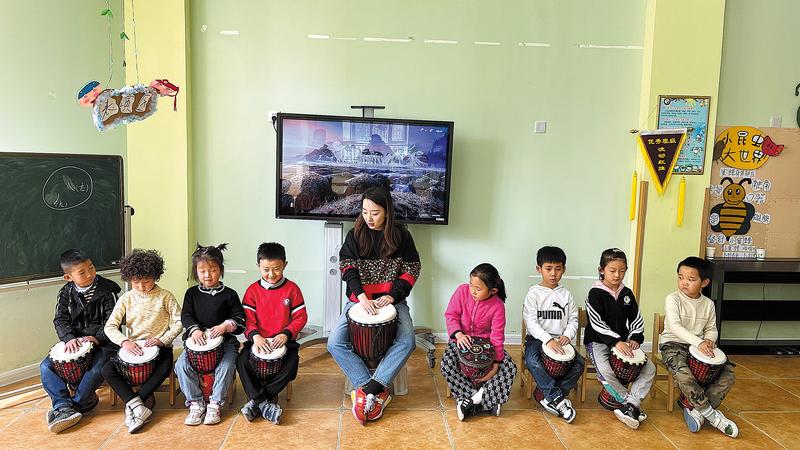 Karsang Sadrin was born and raised in Shigatse, the second-largest city in the Tibet autonomous region. Her hometown is a major scenic attraction, as it is close to the northern approaches to Qomolangma, also known as Mount Everest.

The 15-year-old speaks fluent Mandarin, loves to sing on her way to school, and listens to pop songs on her phone every day. She also sings at home and after school, when she helps her parents do farm work.

When we first arrived in Shigatse, we were not only impressed by the beautiful scenery, but also by the children, who love to sing and dance. They have exceptionally clear voices and their singing is very natural

"Everyone in my family is a good singer, especially my 85-year-old grandmother, who loves singing folk songs in the Tibetan language. I learned to sing those old songs with her when I was a small child," said Karsang Sadrin, whose name means "the light of wisdom".

She added that her three siblings are music fans and her eldest brother, who is 19, enjoys street dance.

Karsang Sadrin, who dreamed of becoming a singer one day, said, "I love singing because it brings me joy, just like looking at the blue sky."

In June, she fulfilled her ambition by becoming a member of the Mount Qomolangma Youth Chorus, which comprises more than 60 teenagers from Shigatse. Organized by the local government, the chorus was launched as part of activities marking the 70th anniversary of the peaceful liberation of Tibet.

At the end of July, two young students from the Central Conservatory of Music in Beijing, Xie Mingtong and Wang Ziyun, traveled to Shigatse to give vocal training to the child chorus members. The pair spent about a week teaching the children to sing. 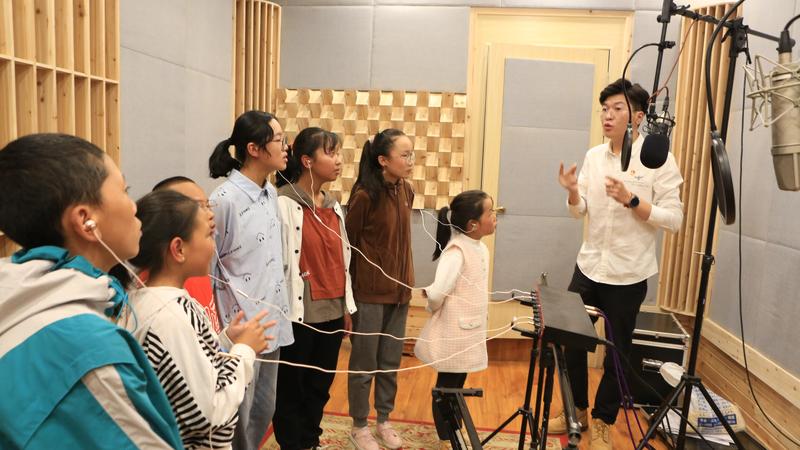 After their training ended, the children sang a new song, My Home is Shigatse, which they recorded at a studio in the city.

Karsang Sadrin said: "It was the first time I performed a song in a recording studio. I was very excited when I sang in front of the microphone." During the week of instruction, she dreamed of singing the song in Beijing.

On Oct 15, this dream also came true when Karsang Sadrin and other members of the chorus performed My Home is Shigatse at the Central Conservatory of Music concert hall in the Chinese capital.

Under the baton of conductor Chen Bing, the girl was the lead singer in the chorus and presented a hada, a piece of white silk used by Tibetan people as a greetings gift, to Chen and teachers from the conservatory at the end of the performance.

Wearing traditional Tibetan costume, Karsang Sadrin said: "It was my first visit to Beijing, and it was real fun. I have also sung My Home is Shigatse at home many times for my grandmother and she loves it." 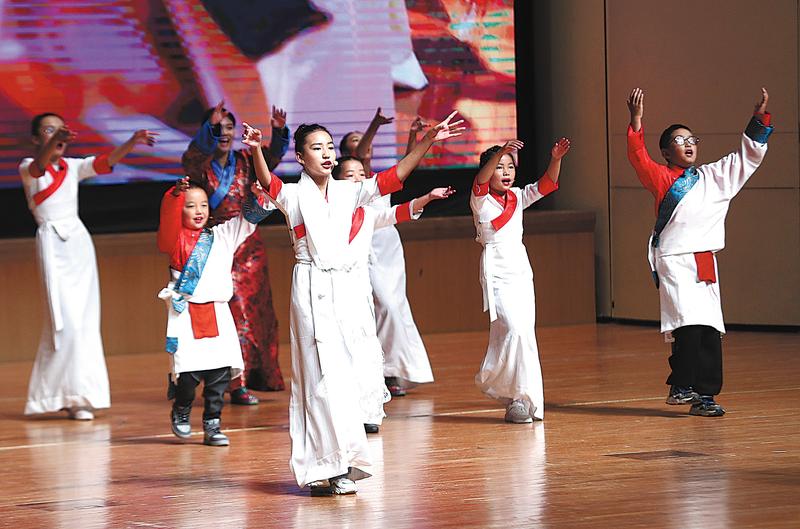 Composer Gong Zihan wrote the song by combing lyrics in Mandarin and the Tibetan language.

"My Home is Shigatse was written particularly for the children's chorus. I had many phone calls with Xie and Wang when they were in Shigatse with the chorus. I wanted to capture the natural sounds of the chorus and portray this beautiful city with the song," said Gong, 32, who studied composing with musician Ye Xiaogang at the Central Conservatory of Music. Gong now works at this school.

The performance by the children's chorus also marked the launch of an arts festival by the conservatory, one of China's leading music schools. Over 20 days, students and teachers from the institution will travel to nine provinces, including Guizhou, Shaanxi, Zhejiang and Shanxi, as well as Ningxia Hui autonomous region and Tibet, to give performances, music workshops and training for children and adults.

In 2018, the conservatory collaborated with the Shanxi government to send more than 160 students and teachers to train over 600 music teachers in Lyuliang city. This year, the school is launching music education centers at some 8,000 schools in 832 counties nationwide.

Chen, the conductor, who teaches at the conservatory, said a group of students and teachers from the school traveled to Shigatse in March to discuss with the local government the idea of launching a children's chorus in the city.

"The school has a long tradition of traveling the country to research Chinese folk music and collaborating with local musicians on new works. We are also dedicated to offering music education to children in remote areas," Chen said.

"When we first arrived in Shigatse, we were not only impressed by the beautiful scenery, but also by the children, who love to sing and dance. They have exceptionally clear voices and their singing is very natural." 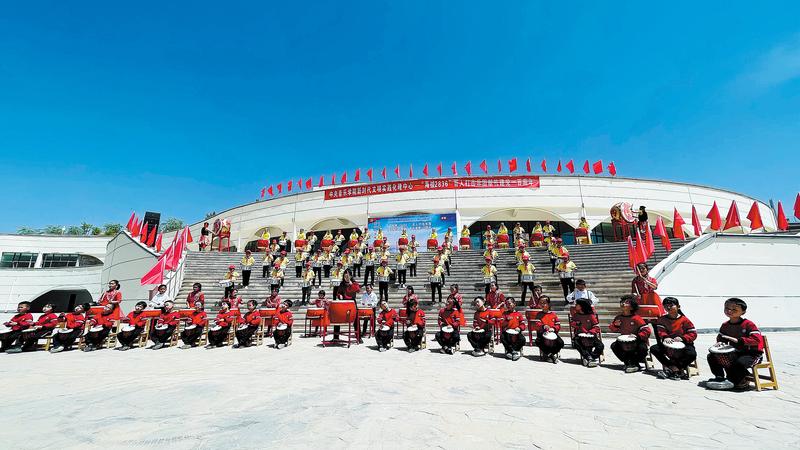 A percussion band formed by students and teachers from Hualong, Qinghai, performs near the Yellow River. (PHOTO PROVIDED TO CHINA DAILY)

In addition to training the children's chorus, Chen said it is vital to offer instruction to music teachers in Shigatse, which will contribute to music education in the city in the long term.

Xie and Wang, both 24, were the first group of volunteers from the conservatory in Beijing to take part in training the chorus. They arrived in Shigatse from their hometowns－Guangzhou, capital of Guangdong province, and Xuzhou, Jiangsu province. Traveling by air, rail and car, it took them two days to reach Shigatse.

Born and raised in Guangzhou, Xie, who is pursuing his master's as a conductor at the conservatory, said: "It was the first time I had traveled to Tibet, and I experienced a reaction to the altitude of more than 4,000 meters. It took me a few days to adjust to the altitude, but I had a great time with the students, who showed me just how eager they were to learn."

From basic knowledge about music, such as tempo, notes and chords, to training for choral singing, Xie and Wang taught the students how music works, instructed them in vocal harmony and told them how singing evokes emotion.

Wang, who is pursuing his master's in music education with the Institute of Music Education at the Beijing conservatory, said: "We taught the students to sing by playing games, making it easier for them to learn. These students have the talent to sing and they have beautiful voices. With some training, they will soon learn how to sing better as a chorus.

"Music produces a kind of pleasure that is natural for humans. No matter where you come from, music can make you happy and comfort you," said Wang, who has served as a volunteer music teacher in remote areas of China such as Guizhou and Sichuan provinces.

Children living in remote areas should have the opportunity to enjoy music and to be actively involved with it, Wang said, adding, "They can have a lot of creative fun by singing together."

Since last year, 15 students and teachers from the Central Conservatory of Music have acted as volunteers teaching music at schools in remote areas of the country.

Peng Huiyu, 28, a percussionist who has taught at schools in Hualong Hui autonomous county, Qinghai province, had no hesitation in deciding to become a volunteer after learning about the rural schools project.

"I knew nothing about this county, but I love giving music lessons to children, especially those who may never learn to play an instrument," Peng said.

"Although it took me a few days to adjust to the altitude, I was very excited. I drove several hours a day from one school to another giving music classes to students of different ages who were studying from kindergarten to high school. This was a new experience for me." 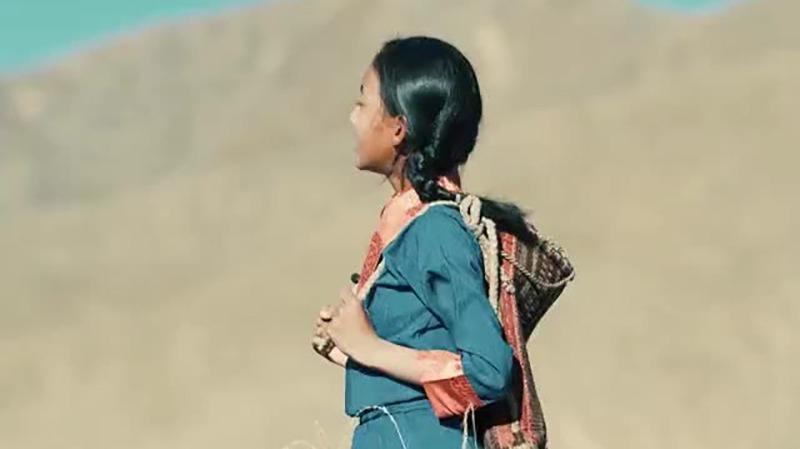 Instead of music theory, Peng began her classes with live performances on different-sized drums.

"Percussion beats are fun and easy, and there are endless possibilities. Children play games to the beat and quickly become involved in the lessons," she said.

Peng added that the county is home to many ethnic groups, including Tibetan, Salar, Tu and Hui, which boast good singers and dancers.

"They were born with a talent for music. When I play my drums, they dance naturally to the beat," she said, adding that the children quickly master the art of playing the drums.

"It's also very rewarding, because I can enjoy local folk music and learn to play instruments that are only found in this area," she said.

Peng learned to play Chinese drums when she was 6, and graduated last year with a master's in percussion from the Central Conservatory of Music, where she now works.

She said she was impressed by Lamao Caixiang, 14, a member of the Tibetan ethnic group, who used plastic buckets, chairs and sticks to make drums.

"These students may not have the opportunity to learn to play musical instruments like children in bigger cities. However, this doesn't stop their love for music," said Peng, who brought Lamao Caixiang to Beijing on Oct 15, where the boy performed at the Central Conservatory of Music.

During her stay in Hualong Hui autonomous county, Peng also trained local music teachers, with the aim of helping the development of rural music education.

In May, 100 students and teachers from the county taught by Peng formed a percussion band and gave an outdoor performance near the Yellow River.